DND has another explanation for Trillanes’ missing amnesty papers 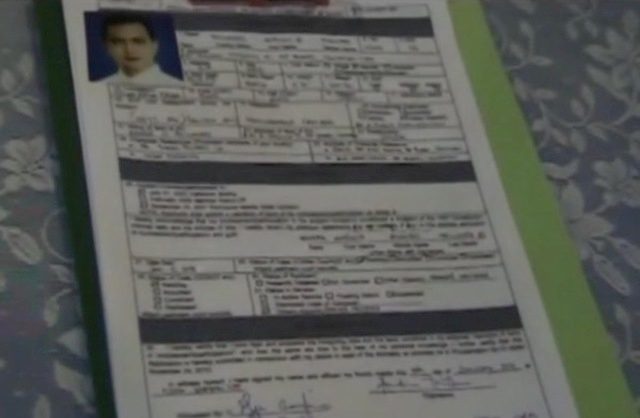 MANILA, Philippines – The Department of Defense (DND) building went through various renovations since 2011, when opposition Senator Antonio Trillanes IV applied for and was granted amnesty. As such, his papers may have been lost during this period, said the department spokesman.

“Kasi opisina e, but ‘yun nga because of the procedures involved and… 2011 pa ‘yun. Marami nang renovations na nangyari dito. Baka nawala (It’s because it’s an office, but it’s because of the procedures involved and it’s from 2011, there are many renovations that happened here. Maybe it was lost there),” DND spokesman Arsenio Andolong told reporters in a press briefing in Camp Aguinaldo.

“But somebody has to have a copy of that, but that is my [concern], even Senator Trillanes has no copy on hand,” Andolong added in a mix of English and Filipino.

Andolong was responding to a reporter’s question about how the department manages its archives.

The department’s inability to produce a copy of Trillanes’ amnesty application was used as basis by President Rodrigo Duterte in voiding the senator’s amnesty. The other reason Duterte cited in his order was that Trillanes supposedly did not admit guilt.

Trillanes has already shown photos of his application form and a video of his actual filing at Camp Aguinaldo, where he also admitted guilt. (LOOK: Trillanes shows proof of amnesty application)

On Tuesday, September 4, when news broke on the voiding of the amnesty, the DND said it was still looking for the form.

On Wednesday, it raised the possibility it may have been completely lost due to building renovations.

The department said it has also reached out to members of the now-defunct DND ad hoc committee which received amnesty applications, but hinted that even that route may not do much. (READ: Where is Trillanes’ amnesty application? ‘Hinahanap pa,’ says DND)

“We are in the process of getting in touch with the members of the committee, although it happened, I think, 8 years ago,” said DND Internal Audit Service chief Ronald Rubin. – Rappler.com