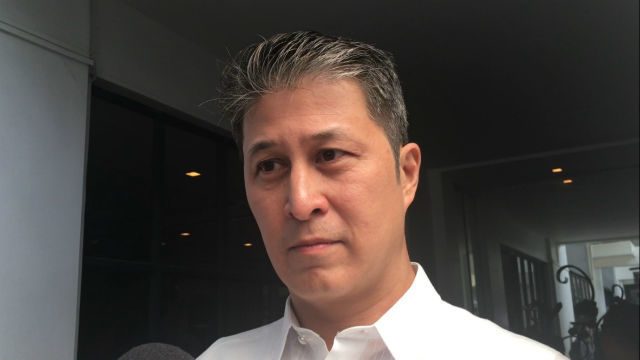 Belmonte delivered a privilege speech on Wednesday, September 5, condemning President Rodrigo Duterte’s Proclamation No 572 voiding the amnesty granted to Trillanes for supposedly failing to apply for amnesty and non-admission of his guilt.

Belmonte said Duterte’s order against Trillanes could set a precedent for when the President becomes dissatisfied with former coup plotters who are now working in government.

(So when the powers that be get fed up, not just with outspoken opposition members like Senator Trillanes but even those who cannot stop drug smuggling in Customs, sloppy disaster response, the perennial traffic problem, an inefficient airport, rampant inflation, or the rice crisis, that doctrine can also be used to send them back to jail.)

How many people were granted amnesty? According to Belmonte, there were 19 officers and 20 enlisted personnel whose applications for amnesty were approved by the Department of National Defense (DND) in the same approval for Trillanes.

According to Belmonte, the grant of amnesty is a “grant of second chance.”

“Ang amnesty ay isang politikal na desisyon na nagsasabing niyayakap ng gobyerno ang maaaring maitulong ng isang grantee nito sa ating bansa (An amnesty is a political decision that says the government is embracing what the grantee can possibly offer to the country). It is a grant of second chance. It is a reaching out in the name of unity. It is a signal that we have chosen to move forward as a nation,” said Belmonte.

Trillanes, one of Duterte’s toughest critics, had led Magdalo soldiers in the staging of the 2003 Oakwood mutiny and the 2007 Manila Peninsula siege  during the presidency of Speaker Gloria Macapagal Arroyo.

Belmonte was a former counsel of the Magdalo party. He was also arrested along with 6 junior military officers over alleged destabilization plots against Arroyo.

Belmonte later became a stalwart of the Liberal Party.

Malacañang already said the documents related to amnesty granted to other Magdalo soldiers who mutineed against  Arroyo will be reviewed as well.

Belmonte said there are also former mutineers who did not seek amnesty but “benefitted” from the dismissal of their cases.

“Then Major Jason Aquino, our current NFA (National Food Authority) Administrator comes to mind. Unlike Senator Trillanes, wala silang admissions at all, pero nakinabang sila (they did not have any admissions, but they still benefitted). I know of other in positions of responsibility – in the CAAP (Civil Aviation Authority of the Philippines), in the DND, in PDEA (Philippine Drug Enforcement Agency), Customs, and other government agencies and private sector corporations,” said Belmonte.

“Also, there are those who were lucky enouch not to be prosecuted at all. I see them all over the place, even holding prominent positions even in Malacañang,” he added.

Martial law looming? Like other opposition lawmakers, Belmonte said Duterte’s order against Trillanes “finds no basis in fact or in law.”

He said Duterte’s revocation of Trillanes’ amnesty might even set the ground for a dictatorship to return to the Philippines.

(It seems we have already forgotten the dictatorship regime. I cannot forget that time, Mr. Speaker. Too many of our countrymen gave up their childhood, shed their blood, and sweat, and lost their lives for the dictatorship to return.)

(I admit, Mr. Speaker, that I am afraid. But I am used to being afraid for myself. I am more scared for my children, for all our children.) – Rappler.com