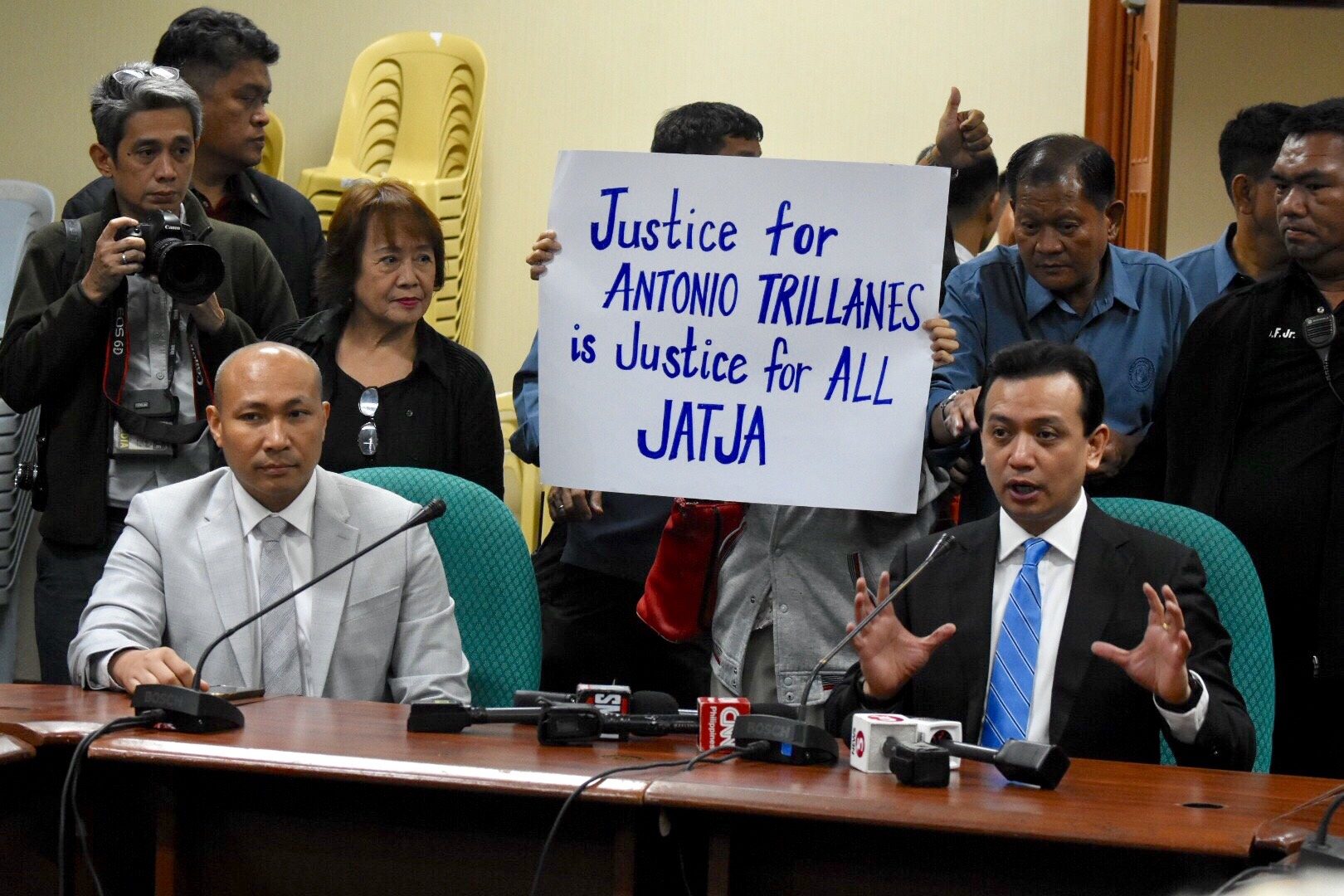 If adopted at the plenary, HR 2155 would just express the opinion of the lower chamber on the amnesty revocation. It will not have the force of the law.

They also want the House to push for the “recall” of Duterte’s Proclamation No. 572 voiding the grant of amnesty to Trillanes for supposedly failing to file for it and never admitting his guilt.

Under HR 2155, the lawmakers said there is “other concrete evidence” documenting Trillanes’ application for amnesty, including photographs and video footage.

“The revocation of Sen. Trillanes’amnesty is unwarranted and unlawful because an amnesty is final, absolute, and irrevocable,” said the legislators.

They added that Section 19, Article VII of the 1987 Constitution mandates that there should be concurrence of the majority of all members of the House and Senate when a President grants an amnesty to an individual.

The Constitution is silent on the revocation of amnesty, but the legislators believe “revocation, if allowable, must also have the concurrence of the Congress.”

Trillanes himself already showed proof to debunk the President’s claim. An old document obtained by Rappler also showed the Department of National Defense had certified Trillanes submitted an application for amnesty.

In October 2010, then-President Benigno Aquino III signed Proclamation 50, granting amnesty to Trillanes and others involved in the 2003 Oakwood mutiny and the 2007 Manila Peninsula siege against the administration of then-president and now Speaker Gloria Macapagal Arroyo.

Aquino later issued Proclamation 75 in November 2010, superseding Proclamation 50, and was concurred in by both chambers of Congress. Trillanes applied for amnesty in January 2011, and was granted amnesty, along with other officers and soldiers, that same month.

Trillanes had said he would not evade arrest. He remained in the Senate for now as his lawyers explored legal remedies to oppose Proclamation 572.

The Makati Regional Trial Court Branch 148 on Wednesday issued an order giving Trillanes 5 days to file his comment to the motion of the Department of Justice requesting an arrest warrant against him. The court will hear the DOJ’s motion on September 13.