You can book Angkas rides again, for now 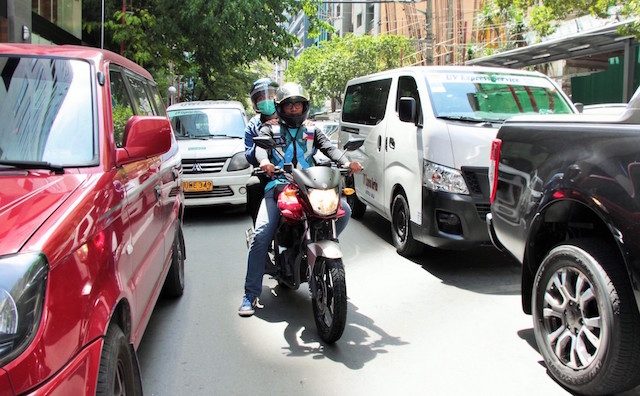 The Mandaluyong City Regional Trial Court granted a preliminary injunction to Angkas, preventing the government from blocking the operations of the ride-hailing firm.

A preliminary injunction is an order preventing a party from committing an act – in this case, the government – pending the final ruling or outcome of a case.

The order was presented by Angkas head of operations David Medrana during the hearing of the House committee on Metro Manila development on Thursday, September 6.

The preliminary injunction prevents the Department of Transportation (DOTr) and the Land Transportation Franchising and Regulatory Board (LTFRB) “from interfering, whether directly or indirectly,” with Angkas’ operations.

The order was penned by Judge Carlos Valenzuela on August 2 | via @reyaika pic.twitter.com/GFaDaaLc6G

In a joint statement on Thursday, the DOTr and the LTFRB said they are “saddened” by the preliminary injunction, and maintained that Angkas’ services are illegal.

“Our position is that motorcycles registered in the service are not authorized to conduct business and offer public transport under Republic Act 4136. For them to be allowed, the law has to be amended by Congress,” said the DOTr and the LTFRB.

“If Angkas is to continue accrediting motorcycles registered as private vehicles to book rides and accept passengers for a fee, it is considered as without authority from the government regulators, and, therefore, are considered colorum vehicles.”

They added that safety is their priority, and for them, Angkas isn’t safe.

“Apart from engaging in unfair business practice, the safety of patrons and commuters [is] also put at risk, as motorcycles are not considered as a safe mode of public transport,” they said.

“Obviously, Angkas is just interested in making profit, and profit alone…. The DOTr-LTFRB will exhaust all legal remedies to ensure that our roads are cleared of colorum vehicles, such as Angkas motorcycles.”

In November last year, the LTFRB suspended Angkas’ operations, saying that it violated Republic Act No. 4136 or the Land Transportation and Traffic Code. (READ: Why Angkas is illegal) – Rappler.com