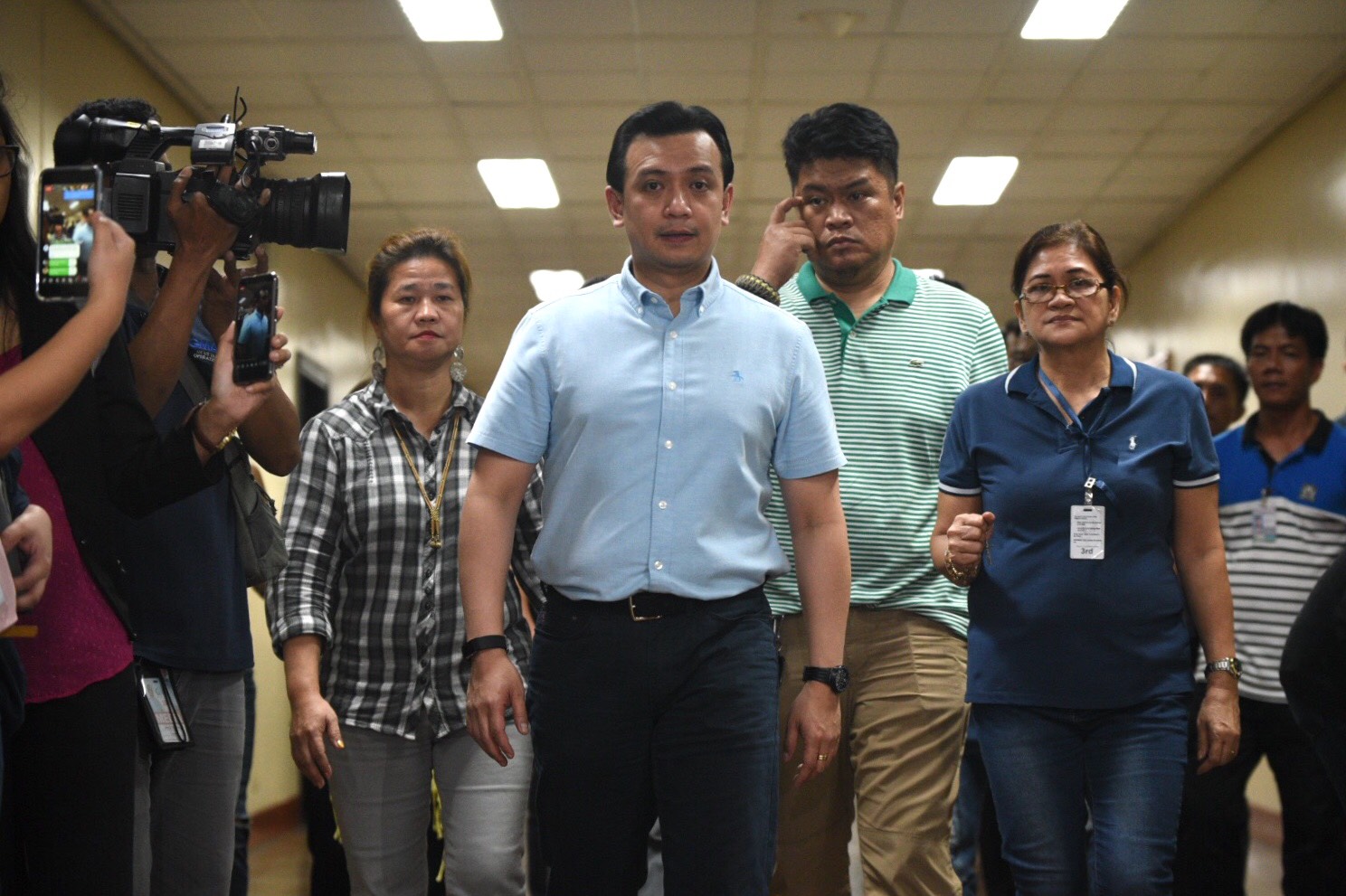 Various political camps, as well as the media, received tips that a military court might order the arrest of Trillanes on Thursday night or Friday morning, September 7, though Senate President Vicente Sotto III said he would not allow a court martial arrest within the chamber’s premises.

On Friday afternoon, September 7, Senate President Vicente Sotto III, expressed disappointed that the opposition seemed to abuse the chamber leadership’s hospitality by calling for people to gather in the premises.

Sotto had given guarantees to Trillanes that no arrest would be carried out within the Senate premises, even if a court martial would send arresting officers.

“I was expecting them to help me preserve the integrity and the sanctity of the institution and not abuse the hospitality of the Senate leadership,” Sotto said on Friday.

After President Rodrigo Duterte ordered the revocation of the amnesty given by former president Benigno Aquino III to Trillanes, the Department of Justice failed to secure a warrant of arrest from a Makati court on Wednesday, September 5. Justice Secretary Menardo Guevarra then said court martial proceedings would hasten the arrest of the opposition senator.

The military has insisted that since Trillanes’ amnesty was voided, he reverts to military service and can therefore be tried by a court martial. Documents show, however, that Trillanes had resigned from the Philippine Navy in 2007, when he first ran for senator, or 4 years before he was granted amnesty for participating in mutinies in 2003 and 2007.

The office of Senator Leila de Lima, herself detained by the Duterte government, called on supporters and the media to be vigilant amid rumors of Trillanes’ impending arrest.

“Please be on standby. We may need your presence at the Senate,” De Lima’s office said in a statement.

“We are still verifying reports, but supporters on scene assess that Senator Trillanes is highly vulnerable to an illegal arrest tonight until Sunday, when the Senate is not in session and very few people are there,” De Lima’s office added.

Pangilinan, in a statement, said, “We call on friends and supporters who value democracy to come to the Senate and show their support for Senator Sonny. Our presence there will hopefully make those effecting the illegal arrest think twice.”

On Friday, however, after Sotto complained of the abuse of the Senate leadership’s hospitality, Pangilinan backtracked and called for a “de-escalation of tension.”

“We agree with the Senate President that we should henceforth work toward de-escalating tensions brought about by the controversial proclamation of amnesty revocation,” Pangilinan said in a statement. – Rappler.com