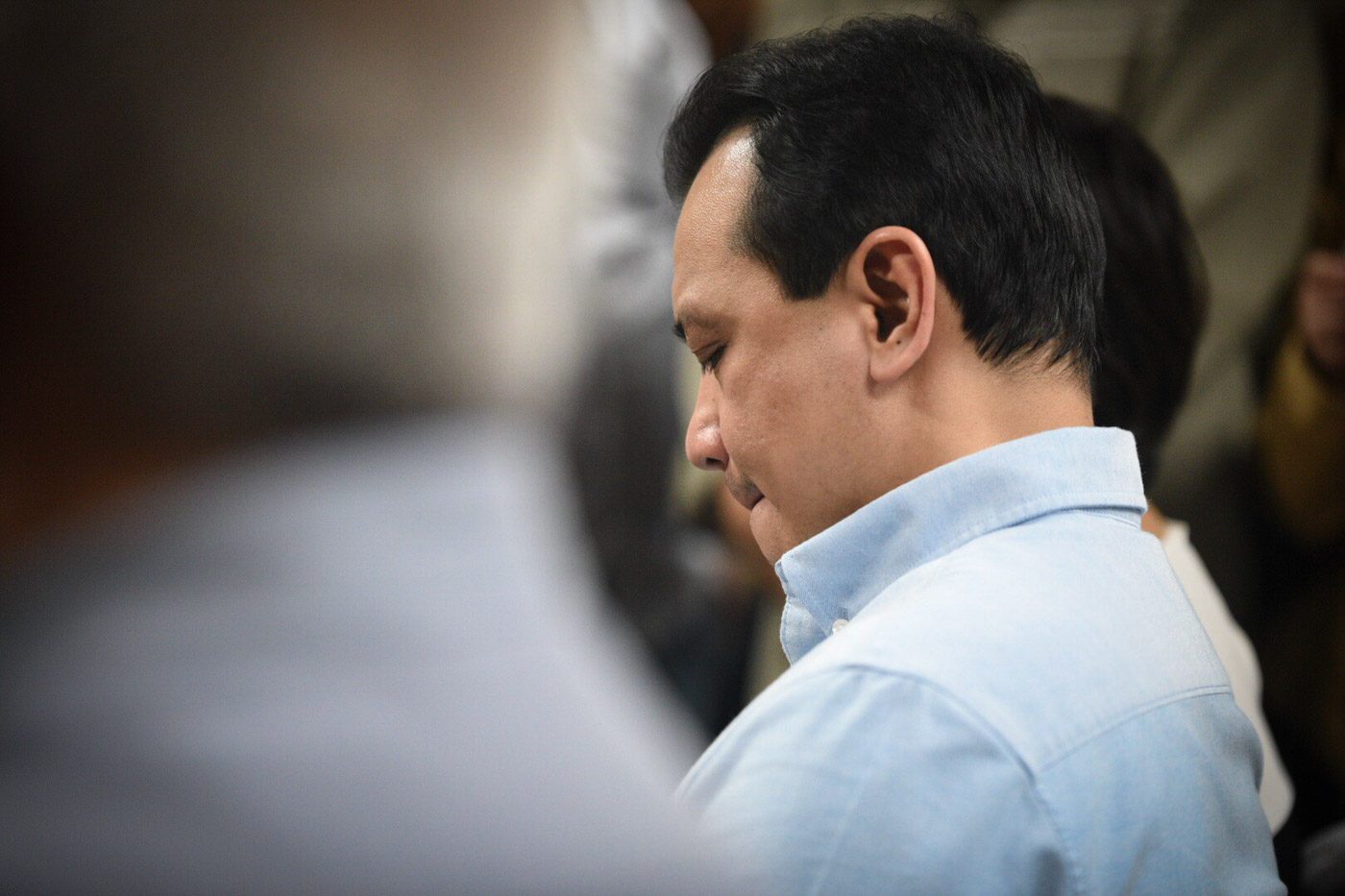 Facebook Twitter Copy URL
Copied
(UPDATED) Senator Antonio Trillanes IV runs to the Supreme Court, but hours later rumors spread that he is set to be arrested while the nation is in slumber

MANILA, Philippines (UPDATED) – A live midnight press briefing by Senator Antonio Trillanes IV jolted Filipinos before sunrise on Friday, September 7, as rumors spread that the military was set to arrest this Duterte nemesis while the nation was asleep.

“Please be on standby. We may need your presence at the Senate,” said the office of detained Senator Leila de Lima in a statement Thursday evening, September 6. De Lima’s fellow opposition senator Francis Pangilinan also urged Trillanes supporters to troop to the Senate to prevent his “illegal arrest.”

While an ally of President Rodrigo Duterte, Senate President Vicente Sotto III meanwhile stood his ground. “Nope,” Sotto said when asked if soldiers can enter the Senate building to make a warrantless arrest against Trillanes

As for Trillanes, here is his “home” – his sanctuary at the Senate – where he continues to wait.

Things escalated quickly since Day 1 on Tuesday, September 4, when the nation learned that Duterte was revoking Trillanes’ amnesty, and Day 2 on Wednesday, September 5, when the Department of Justice failed to secure an arrest warrant against him from a Makati court.

For now, as Justice Secretary Menardo Guevarra said, a military arrest is the “faster” option to arrest Trillanes.

The catch? Trillanes’ lawyer pointed out that the maximum penalty in court martial proceedings is dismissal from service. Trillanes resigned from service and became a civilian again in 2007. Even Duterte’s national security adviser, then military chief Hermogenes Esperon Jr, recognized Trillanes’ resignation even before he was given amnesty.

This is why the planned military arrest, said Trillanes’ lawyer Rey Robles, is “an act of desperation.”

Why Trillanes ran to Supreme Court

But to cover all bases, Trillanes on Thursday also ran to the Supreme Court (SC) to stop President Rodrigo Duterte’s order to revoke his amnesty. Here’s why Trillanes did this despite friendly warnings that the SC is “politicized” and loyal to Duterte.

In related events, Vice President Leni Robredo on Thursday visited Trillanes at the Senate, while Trillanes vowed to run after Guevarra and Solicitor General Jose Calida, among others, for pushing to revoke his amnesty.

“Kakaririn ko kayo (I will run after you),” the former Navy officer Trillanes warned.

Will Trillanes be arrested on Friday? – Rappler.com