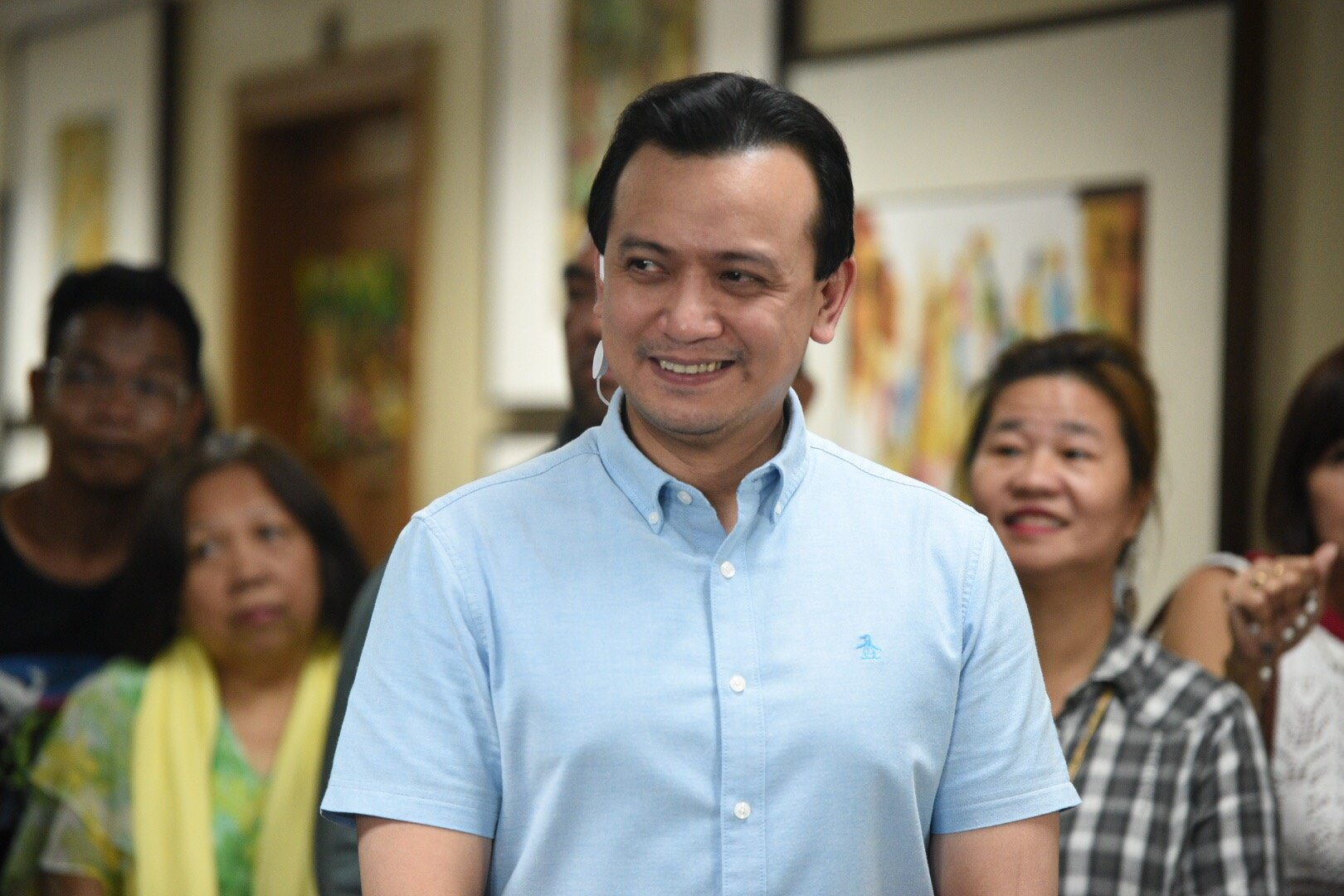 Facebook Twitter Copy URL
Copied
'The DND respects the judicial process and will defer to the decision of the court on the matter,' says the Department of National Defense

MANILA, Philippines –  The Department of National Defense (DND) said on Friday, September 7, that it will wait for the Supreme Court (SC) decision on the petition filed by opposition Senator Antonio Trillanes IV against a presidential order to revoke his amnesty and for his immediate arrest.

The DND issued its statement on President Rodrigo Duterte’s Proclamation No. 572 3 days after the controversial order was published in the Manila Times.

“The Department of National Defense (DND) has received a report that Senator Antonio Trillanes IV has filed a petition for Certiorari, Prohibition and Injunction with a prayer for the issuance of a Temporary Restraining Order,” the DND said in a statement sent to reporters.

“The DND respects the judicial process and will defer to the decision of the court on the matter,” the DND added. (EXPLAINER: Why Trillanes chose to go to the Supreme Court)

Why does this matter? This means that the DND recognizes that Proclamation 572 could be challenged and that, pending any court decision, it cannot act unilaterally to arrest a civilian.

Under military law, military police can arrest those in service without a warrant. Trillanes, however, retired from the Navy in  2007, when he made a successful Senate bid. (READ: Esperon knows Trillanes quit military before amnesty)

What the DND is doing now: The DND, through the Armed Forces of the Philippines (AFP), wants to place Trillanes under its custody, to be detained at the AFP Custodial Center in Camp Aguinaldo.

The AFP also issued a statement on Friday, saying it was still in the process of “constituting” a court martial to decide on Trillanes’ revived administrative cases: conduct unbecoming of an officer, and a general article offense which broadly covers any act discrediting the military service.

Top DND and AFP are currently abroad with President Duterte, and are due to be back in the country Saturday morning, September 9. – Rappler.com