Sep 8, 2018 2:53 PM PHT
Aika Rey
Facebook Twitter Copy URL
Copied
Asked if he's targetting Senator Antonio Trillanes IV, President Rodrigo Duterte cites the golden rule: 'Do not do unto others what you do not want others to do unto you' 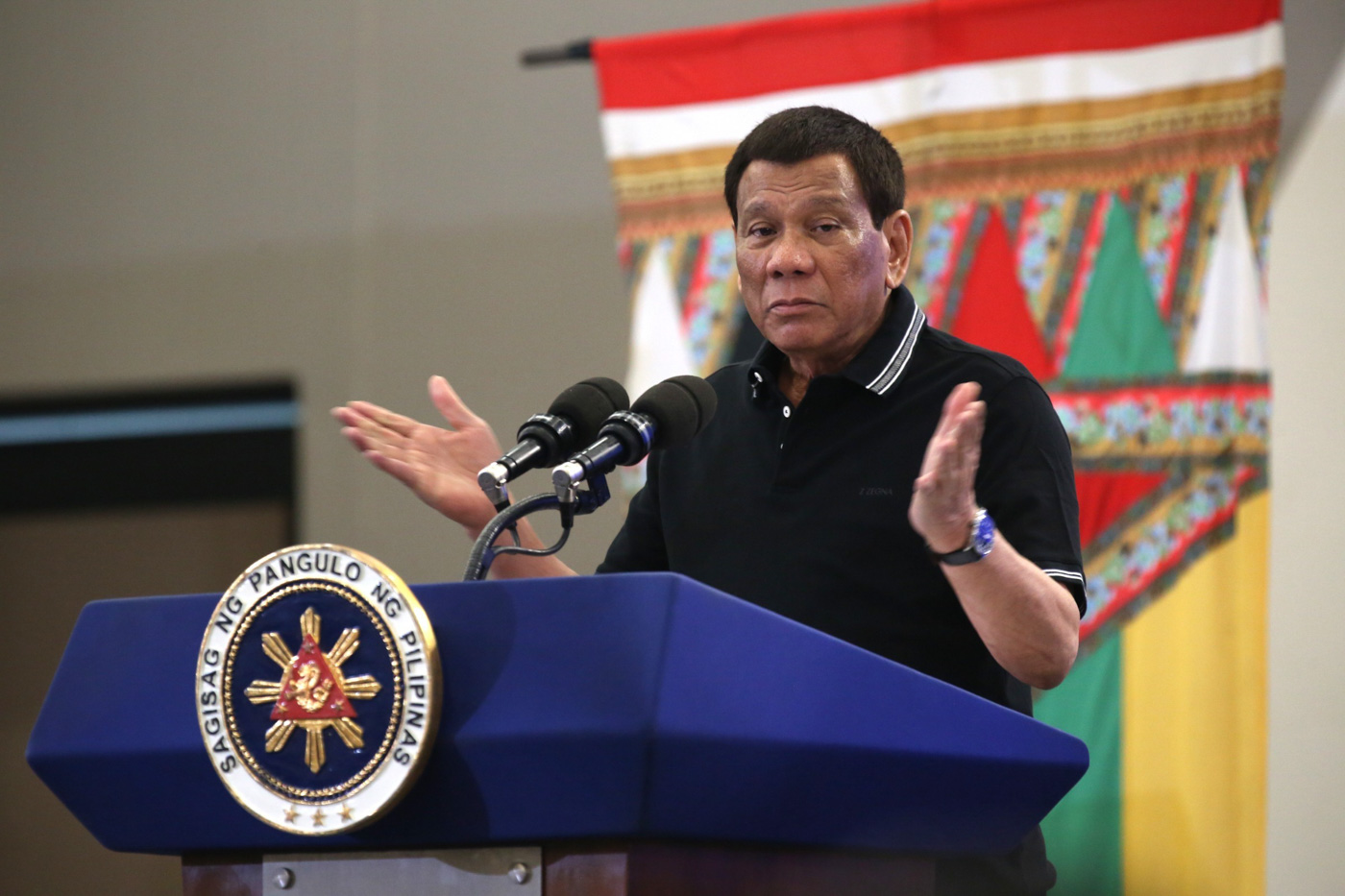 MANILA, Philippines – President Rodrigo Duterte said on Saturday, September 8, that it was Solicitor General Jose Calida who did the spadework that led to the discovery of “flaws” in the amnesty granted to opposition Senator Antonio Trillanes IV.

Duterte made the statement in response to questions at a press conference at the Davao City airport shortly after he arrived from an official trip in Israel and Jordan.

He said  just as in the quo warranto petition against Maria Lourdes Sereno, it was Calida who “did the research” on the amnesty granted to Trillanes by then-president Benigno Aquino III and other mutineers in 2011, and this was the basis of his Proclamation No 572 that voids the amnesty.

“Ang totoo niyan, ang nagresearch si Calida. Just like kay [Maria Lourdes] Sereno. (The truth is that it was Calida who did the research. Just like with Sereno),” Duterte said.

“Si Calida, medyo bright na matino. ‘Pag sinabi ng SolGen (Solicitor General) na may mali, (Calida is kind of bright and upright. When the SolGen says there is something wrong) and this has to be corrected, I cannot refuse,” Duterte added. (READ: Trillanes amnesty revocation: ‘Duterte reinventing the law’)

When the media reported about Proclamation 572 on Tuesday, September 4, Calida was mum on the involvement of his office in the review of the revoked amnesty because of “privileged communication.”

The Armed Forces of the Phiippines later confirmed that Calida himself asked for confirmation that Trillanes’ amnesty application papers were missing – one of the grounds for the withdrawal of the amnesty.

Trillanes, who had tagged Calida as the “mastermind” behind Proclamation 572, said on Saturday that the President’s statement proved that Calida lied about his participation in his amnesty withdrawal.

On September 4, Trillanes linked the proclamation to his investigation into Calida’s conflict of interest in government contracts. The hearing was held that day, hours after Proclamation 572 was published in the Manila Times.

Responding to questions at his Davao press conference, Duterte said he was not necesarily targetting Trillanes.

(Trillanes would say, “Why only me?” The answer: “It’s the President’s prerogative. The President has the power to grant amnesty, with the concurrence of Congress.” Why did I target him? We’re the same, we’re just working.)

He then cited the golden rule, with some coaching from his officials to get all the words right, “Do not do unto others what you do not want others to do unto you.”

The President also reiterated his position that he would not seek a warrantless arrest of Trillanes.

“If the Supreme Court would say that my proclamation is null and void, then let it fall. If affirmed or sustained, it’s the military now,” he said, acknowleding the jurisdiction of the military over Trillanes if the high court rules. (READ: Justice Peralta in charge of Trillanes Supreme Court petition)

On Thursday, September 6, the embattled senator filed a motion against the proclamation with the Supreme Court. His lawyers sought a special raffle the following day to speed up the process because of the threat of Trillanes’ arrest. (READ: Trillanes: Supreme Court TRO will give military a ‘way out’)

What did he do for the military?

Duterte also wondered aloud how some members of the military could still sympathize with Trillanes when he was supposedly “not doing anything” for them.

“It was all Trillanes, pretending to be a crusading soldier when as a matter of fact, wala naman siyang ginawa (he did nothing),” Duterte said, echoing his past tirades against the former military officer.

(During the time of [former Defense Secretary] Voltaire Gazmin, Trillanes was there. Were the salaries of soldiers increased even by 5%? And he was taking the cudgels for the military. He became a corrupt guy collecting from businessmen.)

On the question of a possible “rift” within the military because of the case of Trillanes, Duterte reiterated that the uniformed service doesn’t have to be loyal to him, only to the flag and the Constitution.  (READ: Esperon knows Trillanes quit military before amnesty)

Trillanes is under threat of arrest and may become the second opposition senator to be detained under the Duterte administration, after Senator Leila de Lima, another fierce critic. – with a report from Camille Elemia/Rappler.com