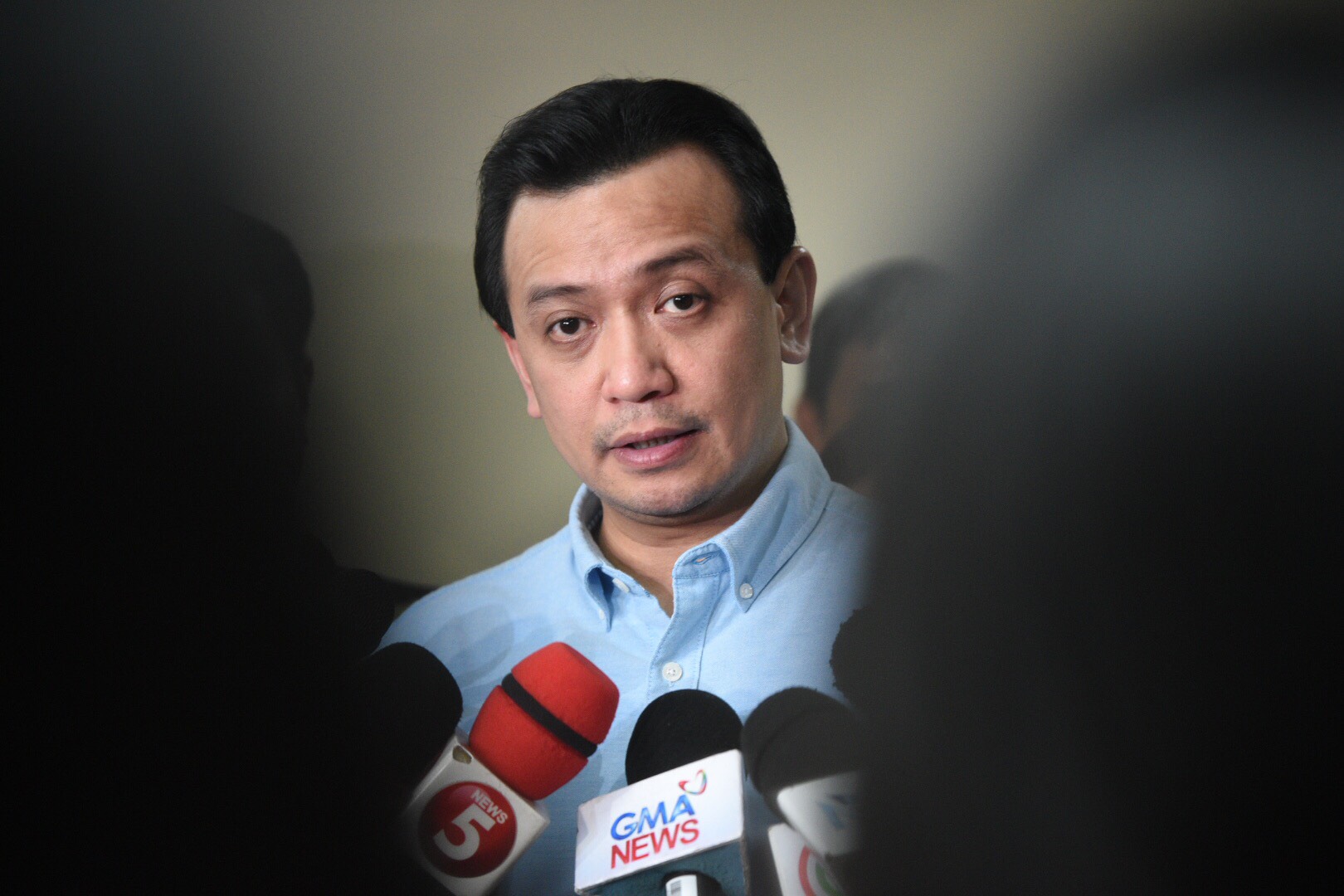 The Duterte government tried to jail Trillanes in September 2018 by revoking his 8-year-old amnesty and ordering his arrest. On the basis of Duterte’s Presidential Proclamation No 572, the government said the amnesty was “void from the start” because he did not comply with the “minimum requirements to qualify under the amnesty proclamation.”

A court in Makati denied the government request to re-arrest Trillanes on coup d’etat charges, saying the case has long been dismissed. But a neighboring court favored the government and reopened his rebellion case.

Trillanes is enjoying freedom in the ordinarily non-bailable rebellion case because he had earlier won a bail grant there.

In 2019, Trillanes faced an inciting to sedition case, and then a kidnapping case. Kidnapping is non-bailable.

A group of lawyers allied with the Volunteers Against Crime and Corruption (VACC) filed a sedition complaint against Trillanes at the Pasay City Prosecutor’s Office, citing the senator’s remarks in an October 2017 privilege speech.

Reacting to Duterte’s challenge, Trillanes said that soldiers can use M60 machine guns on the President, because the bank transactions exceed P40 million.

Lawyers Glenn Chong, Jacinto Paras, and Manny Luna of the Duterte-allied VACC said that Trillanes violated Article 142 of the Revised Penal Code, or inciting to sedition, for “inflicting any act of hate or revenge” on Duterte.

The same speech led the lawyers to conclude that Trillanes allegedly proposed to commit coup d’etat, when he made the “M60 machine guns” remark.

The lawyers also claimed that Trillanes’ repeated accusations on Duterte’s hidden wealth “caused undue injury to President Duterte, including the government,” making him liable for graft.

In March, the Pasay City Prosecutor’s Office filed charges of inciting to sedition against Trillanes, saying that the senator’s intention was clearly “to sow the seeds of sedition in the mind of the people.”

However, the proposal to commit coup d’etat “cannot prosper,” as Trillanes’ acts then “did not show he was pushing other people to seize power or overthrow the government.”

Duterte’s eldest son and son-in-law filed a civil case against Trillanes for involving them in the P6.4-billion illegal shabu shipment from China.

Presidential son and then-Davao City Vice Mayor Paolo Duterte and his brother-in-law Manases Carpio filed the case before Davao’s Office of the Clerk of Court on December 27, 2017.

Trillanes had asked the Senate blue ribbon committee to invite Duterte and Carpio to its probe into the illegal shabu shipment from China, after they were first implicated by Customs fixer Mark Taguba. Taguba later recanted his statement.

Trillanes had also accused the younger Duterte and Carpio of having over a hundred million pesos in each of their bank accounts.

Paras, who is now a labor undersecretary, filed another complaint against Trillanes at the Pasay City Prosecutor’s Office.

This time, Paras accused him of grave threats for “threatening to kill him,” during a confrontation over a handshake inside the Senate session hall on May 29.

Trillanes denied that he threatened Paras, and said the labor undersecretary “had the gall” to shake his hand after filing a sedition case against him in November 2017.

Paolo Duterte and Manases Carpio once again filed complaints against the embattled senator with the Office of the City Prosecutor in Davao City.

The younger Duterte and Carpio filed separate libel complaints on September 6, citing a radio interview where Trillanes supposedly accused them of “conniving” with Land Transportation Franchising and Regulatory Board Regional Director Ahmed Cuison to demand a “percentage” or money before approving a franchise of ride-hailing firm Uber, back when it was still operating in the Philippines.

Calling it “pure black propaganda,” the younger Duterte argued Trillanes only wanted to “malign him” because he is the son of the President.

The Davao court had issued at least 4 warrants of arrest against Trillanes over these cases. Trillanes had paid bail for all of them.

The Philippine National Police Criminal Investigation and Detection Group (CIDG) filed complaints of inciting to sedition, cyber libel, libel and obstruction of justice against Trillanes, Vice President Leni Robredo and 35 others mostly belonging to Liberal Party and their staff, over the viral Bikoy videos that tagged Duterte and his family in the drug trade.

The complaint has been submitted for resolution in the Department of Justice.

Inciting to sedition is bailable.

The CIDG filed a kidnapping complaint against Trillanes, Jesuit priest Father Albert Alejo and lawyer Jude Sabio for allegedly keeping Davao-based Gulliermina Barrido-Arcillas in a convent in Metro Manila in December 2016, and barred from going out until she signed what she said was a “ready made” affidavit.

Kidnapping is a non-bailable case.

Trillanes denied ever meeting Arcillas, though  said she volunteered to be a witness in the International Criminal Court (ICC) case against Duterte, but that the woman failed his vetting.

Trillanes said he expected the Duterte administration to “do its worst” by filing the case against him.

Advincula and Arcillas are both represented by another Duterte-allied lawyer, Larry Gadon. – Rappler.com