China should be ‘Big Uncle’ to ASEAN, says Arroyo 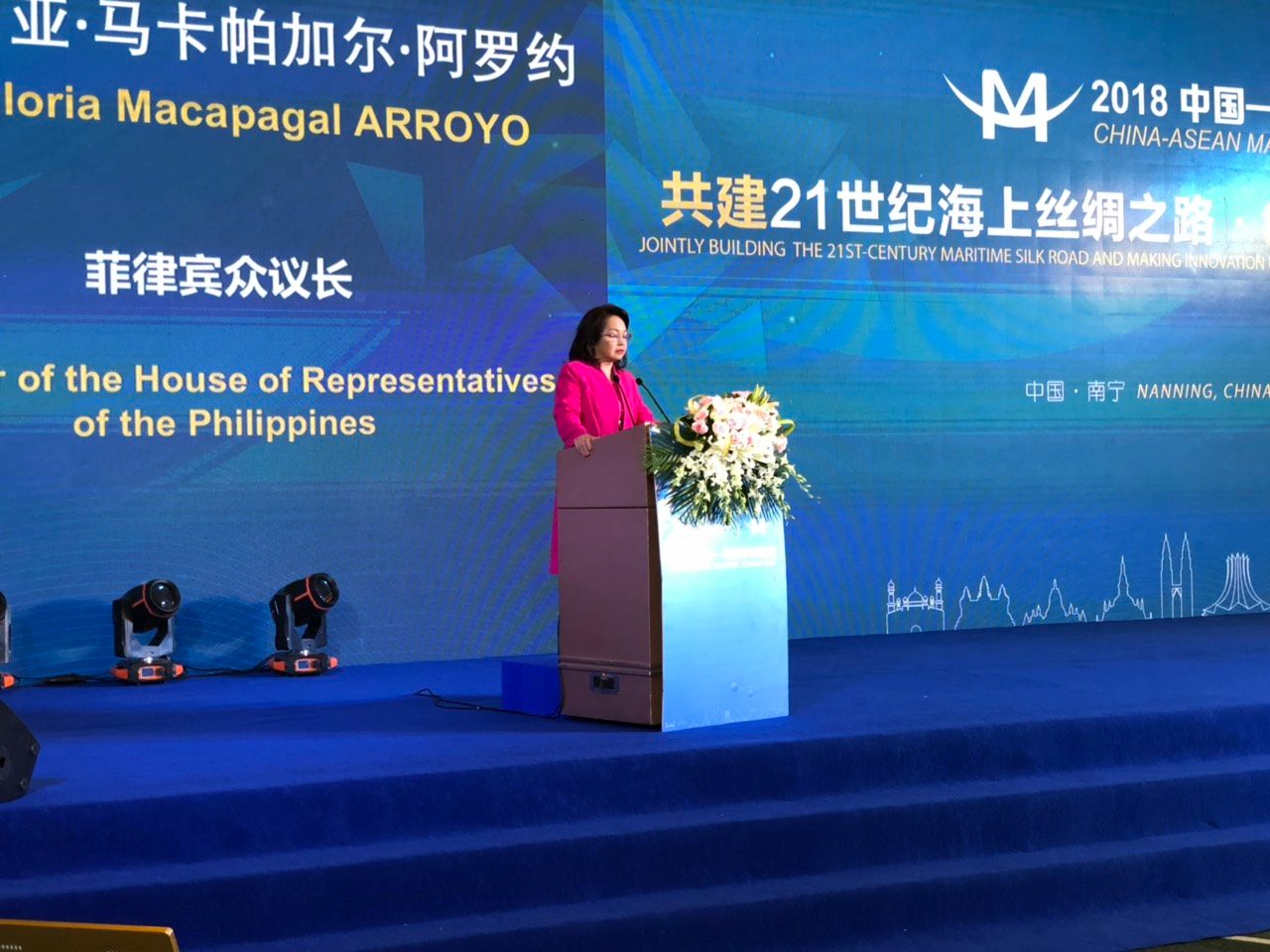 Facebook Twitter Copy URL
Copied
'In my humble view, the ideal approach is for China to think of itself as the Big Uncle to many nephews in the family,' says Speaker Gloria Macapagal Arroyo

MANILA, Philippines – China should consider itself a “Big Uncle” to smaller countries in the Association of Southeast Asian Nations (ASEAN), said Speaker Gloria Macapagal Arroyo in a speech Saturday, September 8, at the Chinese city of Nanning.

In her keynote speech at the China-ASEAN Mayors’ Forum, Arroyo said that “management of border relations between a superpower like China and the much-smaller countries in the ASEAN can be a sensitive matter.”

“In my humble view, the ideal approach is for China to think of itself as the Big Uncle to many nephews in the family. Both uncle and nephews have responsibilities within the family to work for harmony and the common good of the family,” said Arroyo, representative of Pampanga’s 2nd district.

Arroyo, a former Philippine president, also stressed that ASEAN member-states stand to benefit from capital and technology from China.

She said bilateral ties between China and ASEAN are “very strong” based on the country’s hosting of the forum and Chinese President Xi Jinping’s “positive attitude” toward ASEAN. (READ: ASEAN avoids hitting China in Chairman’s Statement)

She then highlighted 5 of China’s achievements in national development that make it an “appropriate” host for the forum:

In the same speech, Arroyo said she has a “positive attitude” toward joint initiatives with China as it would create “opportunities for fostering friendship and cooperation.”

Arroyo has been supporting Duterte’s decision to strengthen ties with China, saying the Philippines’ friendship with the Asian economic giant is “just right.” Like Duterte, Arroyo sought to boost ties with China during her presidency. – Rappler.com