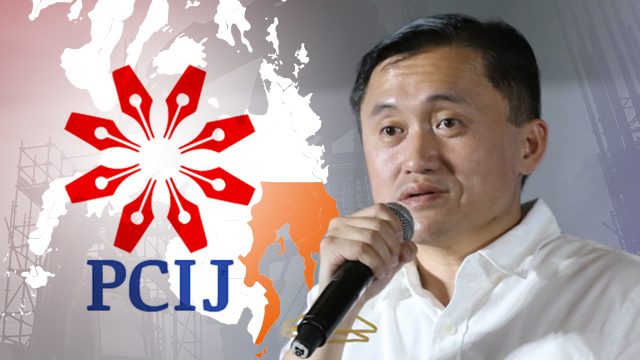 MANILA, Philippines – Among the top contractors for government infrastructure projects in the Davao region is a firm owned by Desiderio Go, the father of Special Assistant to the President (SAP) Bong Go.

According to a recent report by the Philippine Center for Investigative Journalism, CLTG Builders is among the firms with the most projects with the government in the region, and part of those with delayed projects under its watch.

The firm’s name CLTG may be well associated with Go’s full name – Christopher Lawrence T. Go – but the secretary denied using his closeness to President Rodrigo Duterte in influencing the bidding process.

It is “unfair” to drag him into the controversy, Go told PCIJ.

CLTG Builders won a total of P1.85 billion worth of government contracts, mostly with the Department of Public Works and Highways (DPWH) – roughly P750 million of those won from 2016 to 2017. The firm reached its peak in 2015 – when it won P448.83 million worth of contracts – at the time when Duterte was still mayor of Davao City.

The sum does not include joint venture contracts with Alfrego Builders, owned by Go’s half-brother, amounting to P2.7 billion.

Under the 2017 national budget, the first fiscal plan that the Duterte adminstration crafted, Davao region received a 119% increase in infrastructure funds.

It received P43.77 billion that year, more than double the 2016’s figure of P19.97 billion. Despite the higher allocation, some P24.5 billion worth of projects were still not completed in 2017. (READ: Top 10 ‘Build, Build, Build’ contractors have records of fraud, delays – PCIJ)

Of the region’s 295 unfinished projects, 7 projects worth P350.97 million were delayed under CLTG Builders, while 2 joint venture projects with Alfrego worth P180.54 million remain uncompleted.

CLTG raised right-of-way issues for the delay, saying that the “projects were bidded out even before the issues in the area had been settled.”

PCIJ pointed out CLTG Builders bagged big-ticket projects even if it only had a B license. Of the region’s top firms, the rest hold higher licenses from Single A to Triple A. (READ: Hits and misses of Duterte’s infrastructure push)

“With just a B license, the firm could not have implemented the big-ticket projects it won in 2017 without having a partner,” PCIJ said.  (READ: Build, Build, Build: P73 billion worth of DPWH projects delayed)

CLTG Builders denied that Go has a hand in the bidding process, saying that the secretary “does not even know what their projects are.”

According to Davao City District Engineer Wilfredo Aguilar, Go “never meddled” with his father’s business. The only time the secretary called him was about an idle project that Duterte noticed.

According to the elder Go, “he doesn’t even see” his son anymore, let alone meddle with their business. “Hanggang kamatayan na magkasama sila. Hindi kami. (They would still be together until death. Not us),” he said.

In an interview with PCIJ, Go denied he is using his influence as Duterte’s top aid in helping his family’s business.

Senator Antonio Trillanes IV, currently facing revocation of his amnesty, is set to seek a probe into the contracts awarded to CLTG Builders.

Go on Monday, September 10, said he welcomes the probe, and even offered to resign if the allegations are proven true.

“I will be more than happy to face the inquiry as this will give me another chance to prove my non-involvement and another Senate appearance will also give me free media mileage,” Go said, a “reluctant” Senatorial bet for the 2019 midtern elections. (READ: Do Bong Go’s donations, billboards violate government ethics code?)

“In the course of the investigation, if my involvement will be proven and substantiated by facts and documents, I will immediately tender my resignation,” Go added. – Aika Rey/Rappler.com

For the full reports, read more on PCIJ: