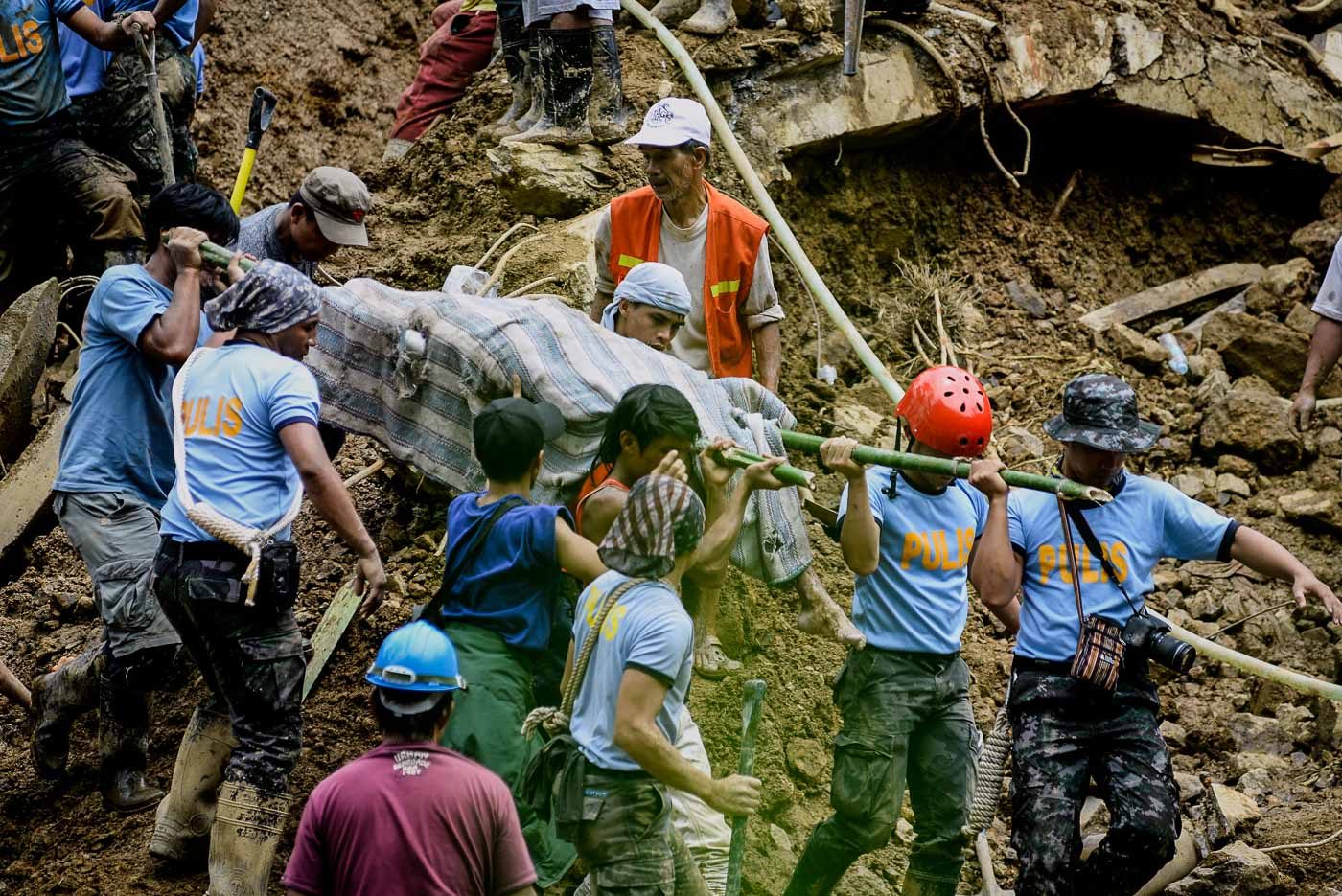 MANILA, Philippines – Environment Secretary Roy Cimatu ordered a stop to all small-scale mining operations in Itogon, Benguet following the death and entrapment of miners due to landslides in the town caused by Typhoon Ompong (Mangkhut).

“I officially ordered cease and desist of illegal small-scale mining operations in the whole of Cordillera Administrative Region,” said Cimatu on Monday, September 17 in a press briefing in Benguet.

“By virtue of what happened, I am revoking those permits, effective today,” he said.

Cimatu’s order comes after at least 30 people died after getting buried by landslides inside a mining bunkhouse owned by Benguet Corporation in the middle of landslides, according to a PhilStar report.

Itogon Mayor Victorio Palangdan said local police had tried to force those who took shelter in the bunkhouse to leave because of the precarious location of the building – near a mountain slope. But they resisted.

“The people laughed and showed their bunkhouse. Small-scale miners made it into a chapel and they said they will evacuate there if Ompong comes,” said Palangdan in Filipino.

He also said the local government previously tried to keep the small-scale miners away from the area but they refused, claiming Benguet Corporation has allowed them to mine there and use the bunkhouse.

But Mayor Palangdan appealed to Cimatu not to stop all the small-scale mining operations since not all areas are as dangerous as the Benguet Corporation area.

“I am appealing to the Secretary that we should have first a technical conference to determine the areas that are dangerous and not to stop all the mining operations of the small scale [miners]  because if you will visit the area, there area places where people can work without any harm to their health or life,” said the local chief.

He stressed that the area is not covered by any small-scale mining permit because and that the Benguet Corporation mining tunnel there is “abandoned.”

Cimatu said they will hold a technical conference to thresh out problems and identify areas where small-scale mining will be banned.

But according to Cimatu, small-scale mines that will be allowed to operate should be required to pay mining tax and adhere to sanitation and environmental standards.

Cimatu was asked at least thrice by local reporters if the government would provide alternative livelihood to those miners who would lose their source of income due to his order.

He, however, did not give a direct response, only saying that the miners, who he claims mostly come from Ifugao, would be returned to that province.

“Many of them are from Ifugao, we will see if we can bring them back to Ifugao,” said Cimatu.

Presidential Spokesman Harry Roque later on said the miners could benefit from the Technical Education and Skills Development Authority (TESDA) or work in the agricultural sector.

Cimatu emphasized that the government must ensure small-scale miners are not allowed to live in areas identified as landslide-prone by the geohazard maps.

As of Monday morning, 54 people have died in the Cordillera region due to Ompong. – with a report from Frank Cimatu/Rappler.com