In Itogon, sister volunteers to dig beneath the soil to look for brother 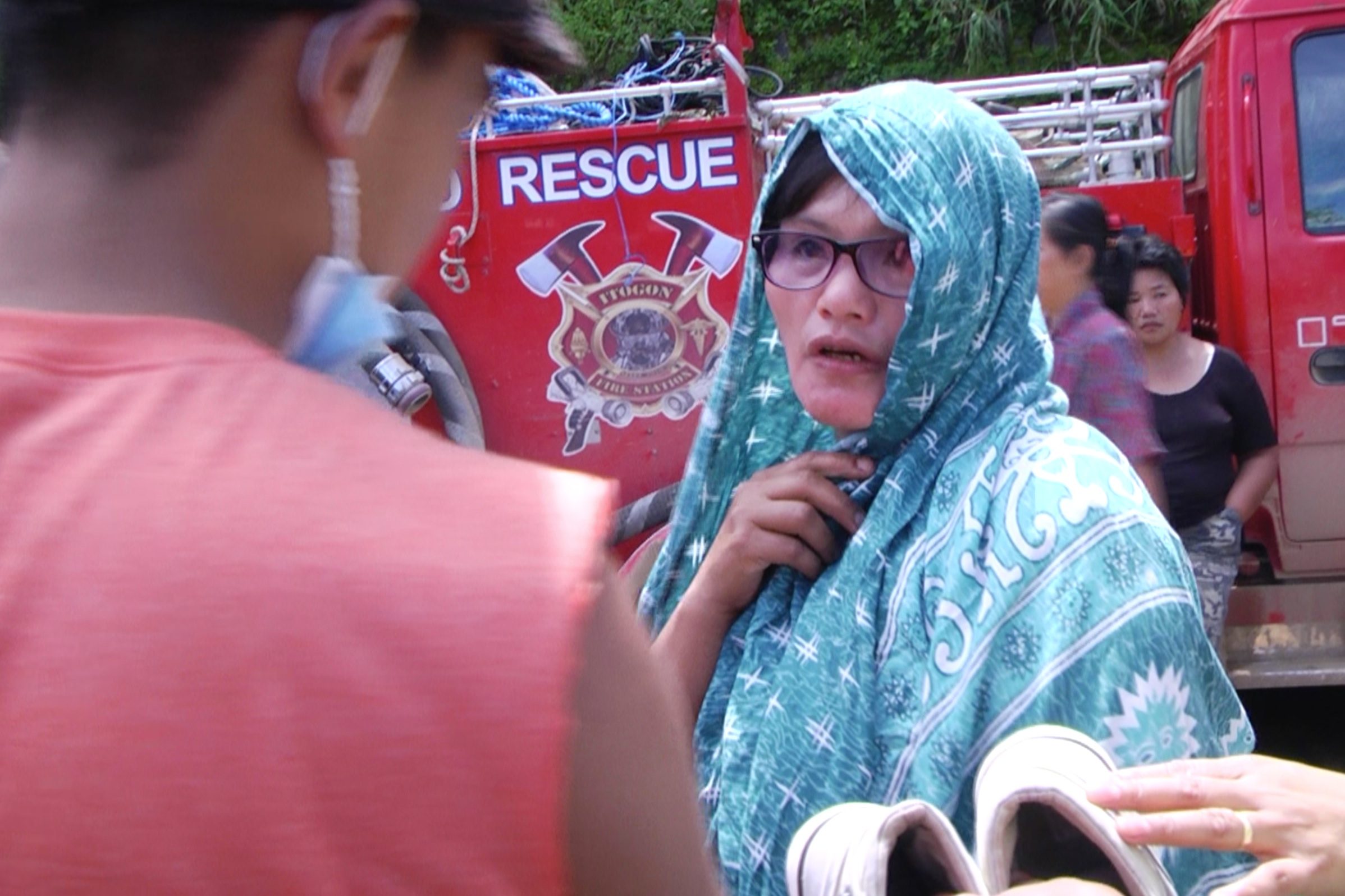 Facebook Twitter Copy URL
Copied
Benylyn Gumuwang still believes her brother Harvey will come home alive, even if officials or other miners say he is most likely gone

BAGUIO CITY, Philippines – In Itogon, Benguet, locals are looking for relatives and friends buried by a landslide caused by Typhoon Ompong (Mangkhut).

One of them is Benylyn Gumuwang, 45, who stood in line, volunteering to go down to what is left of the shelter area for the Itogon miners.

She’s waiting for authorities to call either her name, so she can help out, or her brother’s name, so that she can rest easy knowing that they have already found him.

Ompong’s strong winds and rains triggered a landslide in the area, burying a mining site in Itogon. A whiteboard at the ad hoc response center showed rescuers have already retrieved 10 bodies as of Tuesday, September 18. At least 60 remain missing.

Harvey Gumuwang is the 50th name in the list of missing persons.

In a televised interview on Monday, September 17, Itogon Mayor Victorio Palangdan said he believes that 99% of the people buried in the landslide are already dead.

Miners who know Harvey Gumuwang saw him disappear when the earth fell, but Benylyn hopes he had managed to find hollow ground, and is only waiting to be discovered.

A protective underground cell where miners could have hidden, however, was left locked when the storm came, according to miners who managed to evade the disaster.

Still, Benylyn believes her brother is part of the missing 1%.