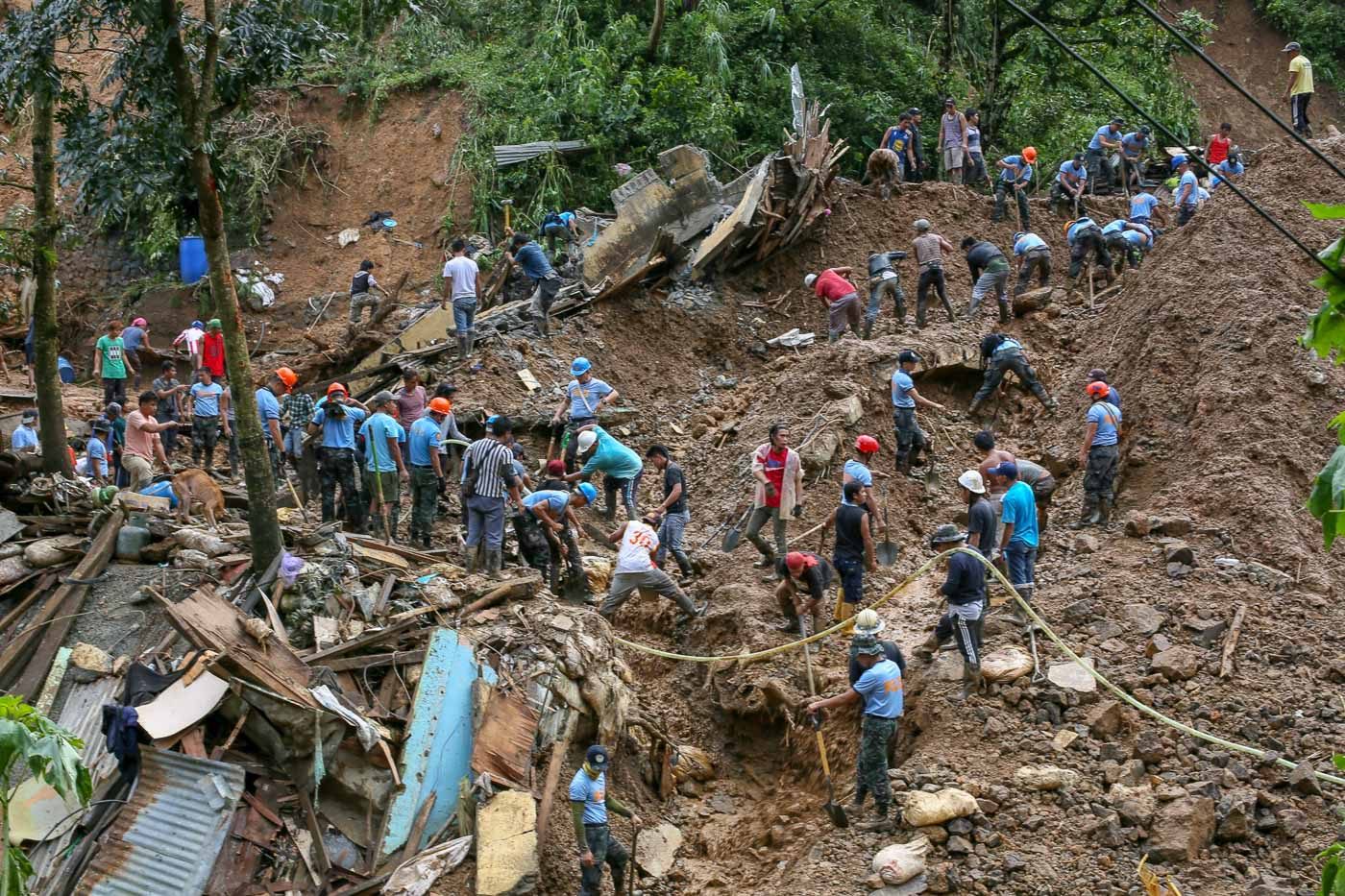 Facebook Twitter Copy URL
Copied
Rescuers in Itogon, Benguet are searching for survivors of massive landslides that overran small-scale mining areas and destroyed bunkhouses and, in the worst case scenario, recovering the dead

MANILA, Philippines – The Cordillera Regional Disaster Risk Reduction and Management Council (CRDRRMC) reported Tuesday, evening, September 10, that there were 66 dead and 66 missing as a result of Typhoon Ompong (Mangkhut).

The CRDRRMC, in its 10 pm update, listed the following numbers for the dead and missing in the Cordilleras.