Itogon mayor hopes for ‘miracle’ in search for missing 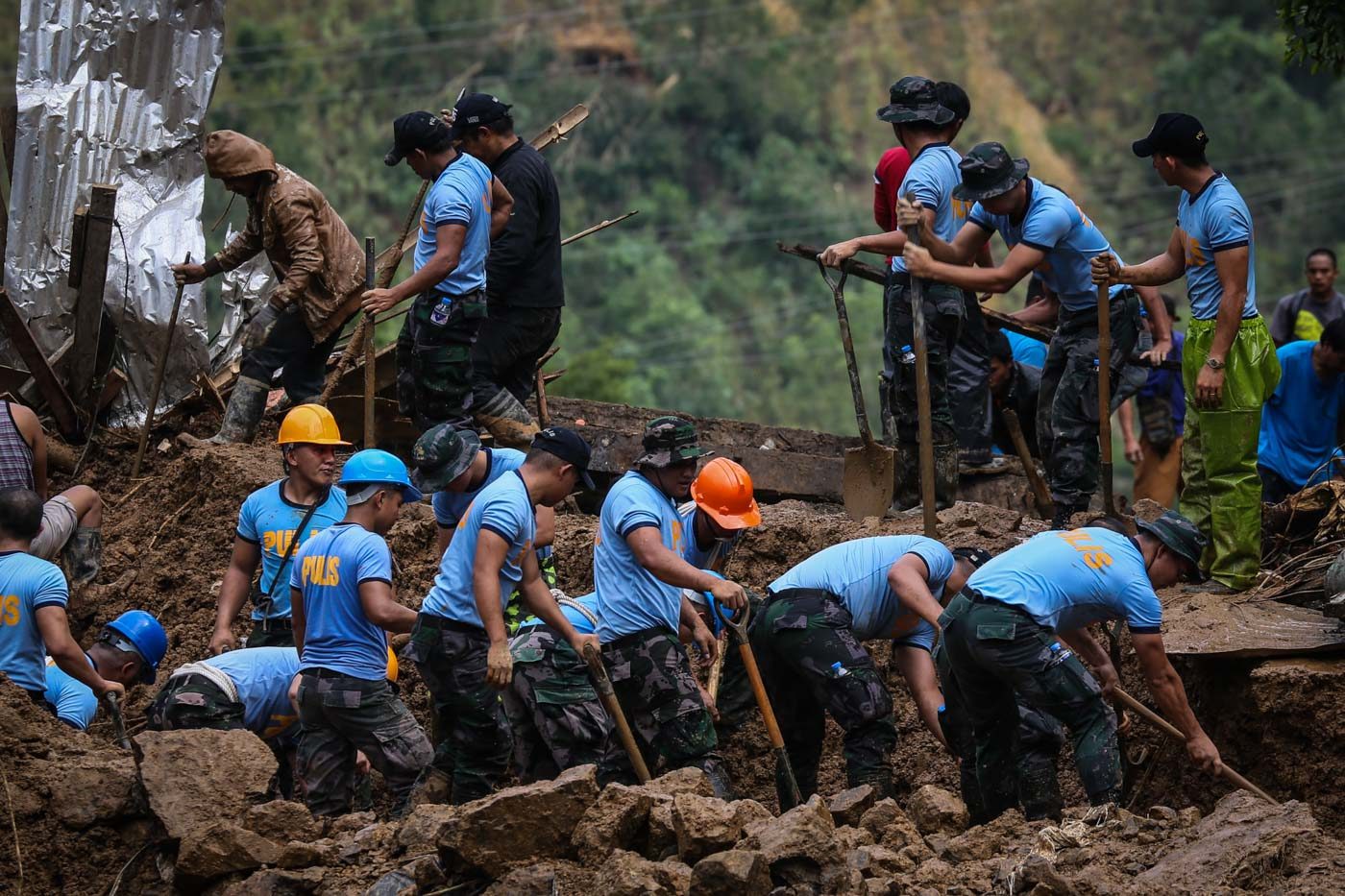 Facebook Twitter Copy URL
Copied
'They declared that we are already in the stage of retrieval, but for me, God only knows who will be dead and who will be alive,' says Itogon Mayor Victorio Palangdan

MANILA, Philiippines – “Hindi natin iwawaksi ang miracle na mangyayari (We will not disregard the miracle that could happen).”

These were the words of Itogon Mayor Victorio Palangdan on Wednesday, September 19 – 4 days after a massive landslide in his town killed 49 people and left 60 others missing. The landslide was triggered by Typhoon Ompong (Mangkhut), which battered parts of Luzon last weekend.

“They declared that we are already in the stage of retrieval, but for me, God only knows who will be dead and who will be alive,” Palangdan told reporters on Wednesday.

He echoed the sentiment of Presidential Political Adviser Francis Tolentino, who said in an interview on Wednesday that they still consider their operation in Barangay Ucab a recovery operation, and not a retrieval operation.

Citing the experience of other countries, Tolentino said there were cases in the past when survivors were rescued even two weeks after a disaster struck.

“At ito namang lugar na ‘to may tubig ‘yan eh, nagpa-pump pa nga ng water kahapon, so I still believe we can still get some survivors,” Tolentino said in an interview on CNN Philippines’ The Source.

(In Itogon, the place has water, it was pumping water even yesterday, so I still believe we can still get some survivors.)

During the same press conference on Wednesday, Palangdan announced his mining town’s plan to transition to farming, particularly agro-tourism, since mining “is only a temporary source of income.”

Also on Wednesday, the environment department insisted that the landslide was not caused by mining activities, noting that the area was marked as very hazardous due to fractured rocks and steep slopes, and that the rainfall during Ompong was at 970 millimeters for 12 hours – much more than the monthly average of 570 millimeters. – Rappler.com