Facebook Twitter Copy URL
Copied
Boracay can only take in a maximum of 19,215 tourists at any given time. The access cards will help the government control the number of visitors.

MANILA, Philippines – The government plans to give out access cards for those who wish to party or relax in the world-famous island of Boracay.

The Department of Environment and Natural Resources (DENR) said on Wednesday, September 19, that the cards would help monitor and control the number of visitors on the island.

According to a DENR-commissioned study, the island can take in only up to 54,945 people at any given time. Of that number, 19,215 are tourists. (READ: They outnumber tourists! Over 15,000 workers to be booted out of Boracay)

Tourists would have to register under a system that would take note of how many days they intend to stay in Boracay. 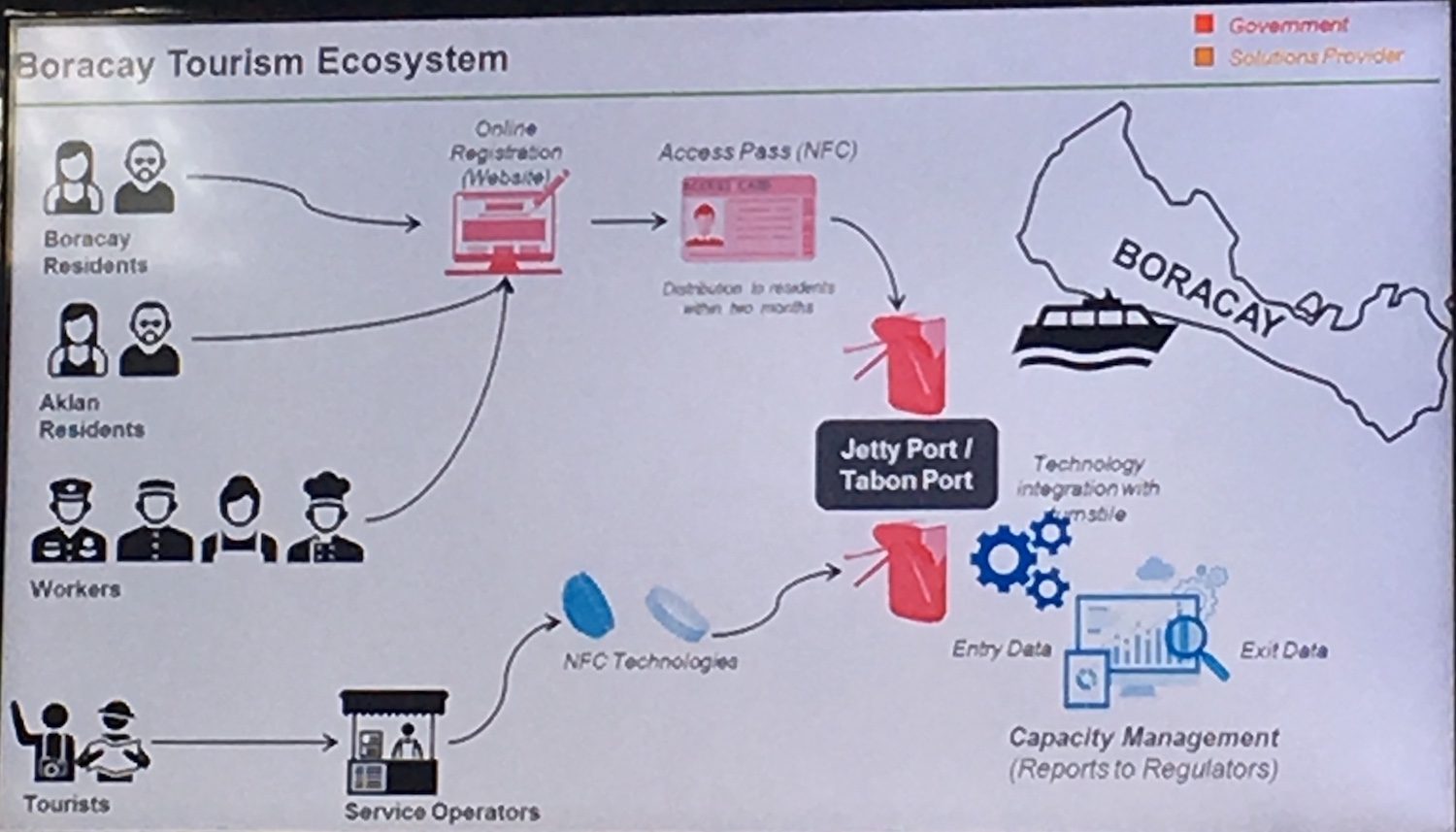 The entry and exit data would then be stored in a capacity management system, which would be regularly reported to regulators.

Boracay and Aklan residents and workers would also need to register through a separate website or platform, and would be issued access cards as well.

The DENR has not mentioned who will implement the system or when it will take effect.

People working in Boracay during the 6-month shutdown were previously issued identification passes.

Environment Secretary Roy Cimatu said they would observe how the system would be implemented during the dry run on October 15.

Boracay is set to be reopened for tourists on October 26. (LOOK: Boracay to open with war zone-like roads?)

While the DENR has a planned system to limit tourist arrivals, data show there was no issue on the number of temporary visitors.

The average number of tourists in a year was only at 18,255, less than 960 from Boracay’s carrying capacity.

The study on Boracay’s carrying capacity also showed that the influx was only in February, April, and May. Some months actually had few arrivals.

Tourism Secretary Bernadette Romulo Puyat previously said the Department of Tourism is in talks with airlines to limit flights to the Caticlan and Kalibo airports.

Puyat added that flag carrier Philippine Airlines committed to keep flights to Caticlan to just once a day.

But if the number of Boracay’s tourist arrivals is well within the threshold during most months, why is the government imposing a limit?

An official involved in the rehabilitation who asked not to be identified simply said, “I don’t know,” adding that the island actually needs more tourists.

“The problems are really water treatment and waste disposal. We actually need more tourists because the island can take it.”

The official also admitted that the agency has not ironed out all the details on how to implement the access card system.

The study states that there was an excess of workers in Boracay by over 15,000.

Cimatu said the illegal structures where migrant workers live were already demolished. He hopes that the workers have either found new jobs in mainland Aklan or have decided to permanently live there and travel to Boracay on a regular basis. – Rappler.com