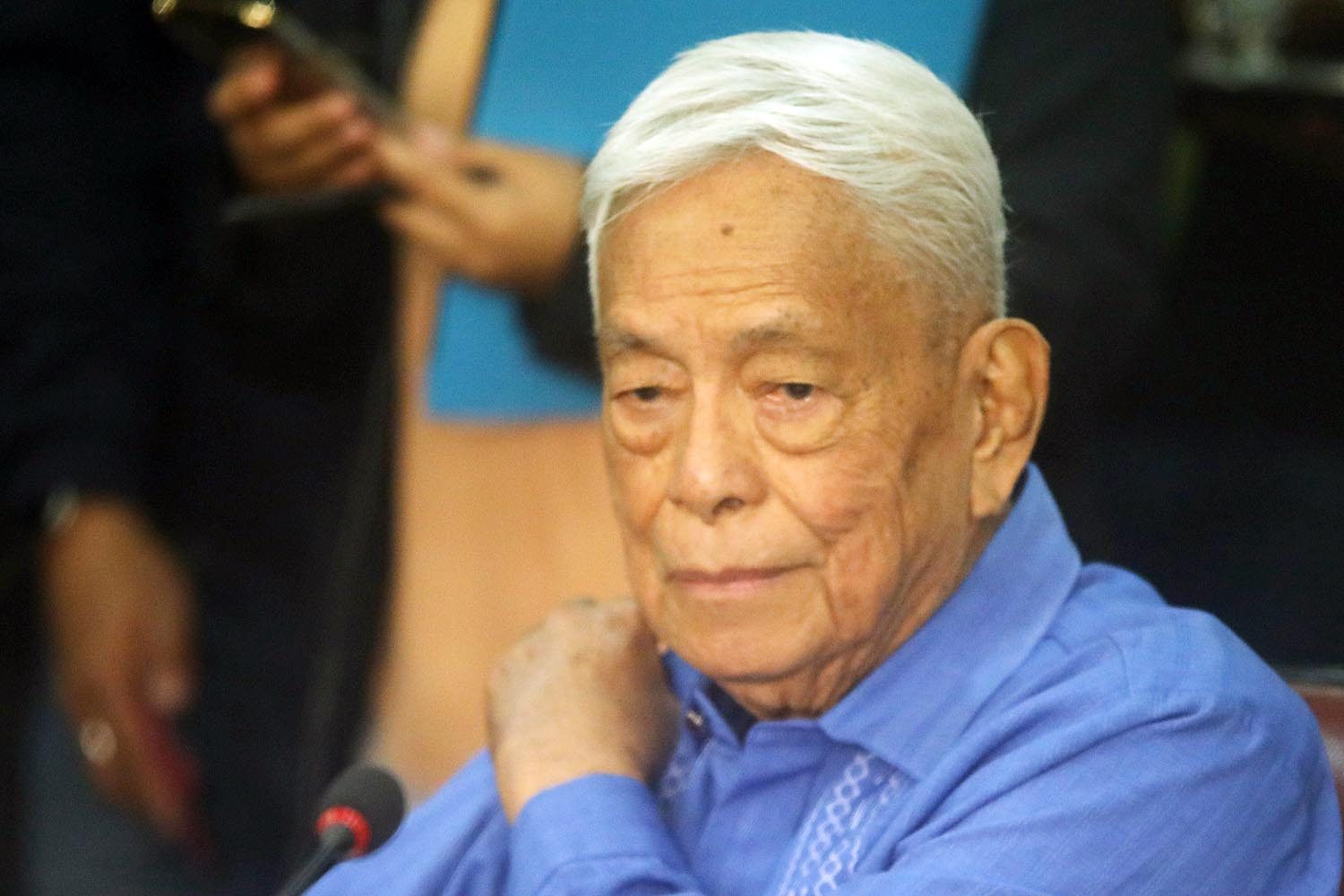 Facebook Twitter Copy URL
Copied
'Let us expose them for what they are. They are trying to perpetuate a legacy that had better been placed in the box of history under several feet underground,' says former senate president Nene Pimentel

“All I can tell the youth is, don’t be fooled by opinions of other people who really have hidden agenda. And the hidden agenda is to justify the excesses of the martial law regime and to show that they should therefore be given a chance to serve our people through the elections that are forthcoming,” said Pimentel on Friday, September 21.

“Let us expose them for what they are. They are trying to perpetuate a legacy that had better been placed in the box of history under several feet underground so that it will not influence the thinking of the young people of our country and mislead them,” he continued.

Pimentel disputed Enrile’s claim during the interview that no Marcos critic was arrested during martial rule. Pimentel himself was arrested in Cagayan de Oro though he and even the officer who arrested him had no idea of the crime he had supposedly committed.

Pimentel recalled that he had been ordered to sign a document declaring his support for then-president Marcos.

In response to Enrile’s claim, Pimentel said, “Siguro nakalimutan na niya ako (Maybe he just forgot about what happened to me), that is part of aging.”

In fact, said the former Senate president and Duterte ally, many died and thousands went on to claim compensation for human rights abuses during the Marcos regime.

“So many died, so many disappeared among our countrymen. That is what we must tell millennials. You must always remember the ends never justify the means,” said Pimentel.

He also responded to common claims about the Marcos presidency – that it was a golden age when many roads and landmark structures were built.

“Pero mga kapatid, ilang kilometro ba ng aspaltadong daan (But brothers and sisters, how many kilometers of asphalt roads) would compensate for the loss of one life? Would huge edifices, beautiful ones satisfy the need for sacrificing the lives of so many people?” said Pimentel.

“The attempt of people to revise it, that is their right. Under a democracy, there is freedom of expression and freedom of pushing for views. That might not be acceptable to the rest of the nation but it is also up to those who know better to repudiate,” he said.

Asked what he thought of the Enrile interview of Marcos Jr, Pimentel said it was a way to help boost the political plans of the son of the disgraced strongman.

“Among other things he’s (Enrile’s) cementing his relationship with the Marcoses, to tell them ‘I am with you’ and hoping probably that Bongbong will become president eventually, of course without my vote,” said Pimentel.

Marcos lost the vice presidency to the Liberal Party’s Leni Robredo by a slim margin and is now contesting her victory at the Presidential Electoral Tribunal.

President Rodrigo Duterte, who has admitted close friendship with Bongbong, has said he prefers him to be his successor should he be unable to complete his term.

Duterte has also expressed open admiration for the ousted dictator Marcos and has constantly been under fire for his authoritarian tendencies and crackdown on vocal critics. – Rappler.com