Aquino on Enrile: Old age not an excuse to bend truth about Martial Law 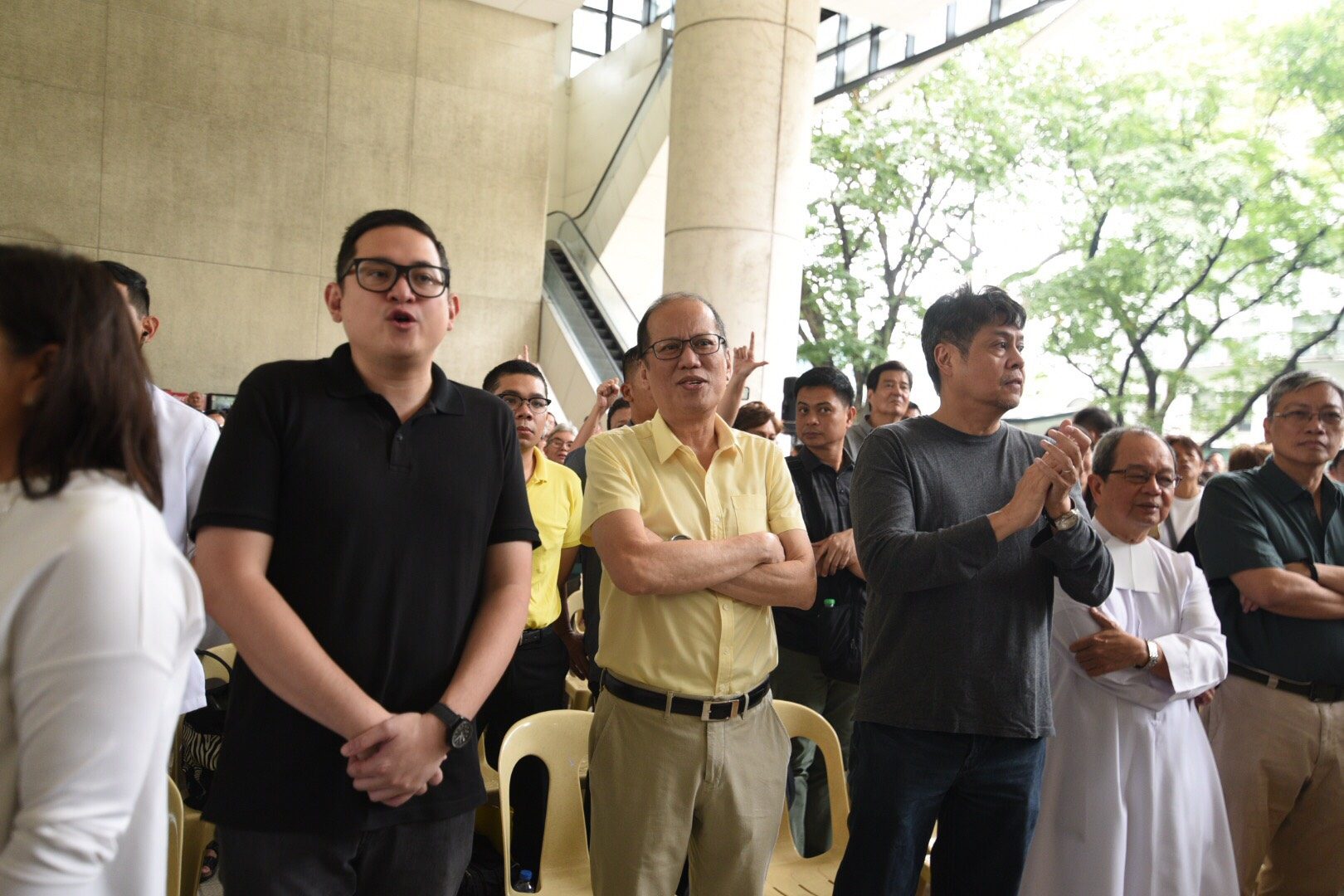 MANILA, Philippines – Former president Benigno Aquino III joined the many fact-checkers who sought to set the record straight about Marcos-era Martial Law, after the son of the late dictator aired an interview with his father’s defense minister presenting a different version of the darkest chapter of Philippine history.

(Senator Enrile is rather old, but that can’t be used as an excuse for us to believe his desired revision of the truth.)

The event, which was also graced by Vice President Leni Robredo, was one of the many held on various campuses and venues in the National Capital Region before protesters were set to march to Luneta for a grand rally starting late afternoon. Protest activities were also held in key cities nationwide.

Aquino countered this by citing the law passed during his term, mandating that compensation be paid to victims of human rights violations, including families of those killed, during Martial Law – therefore acknowledging that killings and abuses indeed happened.

Aquino signed Republic Act 10368, or the Human Rights Victims Reparation and Recognition Act of 2013, on February 25, 2013, anniversary of the People Power Revolution that ousted Marcos.

Enrile, who was Senate president at the time, signed the measure before it was signed by then-president Aquino.

Aquino said that while Enrile’s poor recollection of the Martial Law he implemented might be due to his advanced age, and therefore understandable, it doesn’t erase the facts.

In that interview, the first of a two-part series aired on Bongbong Marcos’ social media accounts, Enrile – who was the architect and implementer of Martial Law – made other false claims. He denied that any massacres were committed during that era. In fact, there were two, both victimizing Muslim communities. – Miriam Grace Go/Rappler.com