Facebook Twitter Copy URL
Copied
'We will continue to tell the story despite the fake news and the post-truth arguments because it's important that the future generations are made aware of what really happened during Martial Law,' CHR Chairperson Chito Gascon says

MANILA, Philippines – The memorial and museum in honor of the thousands of victims of Martial Law is hoped to be finished in time for the 50th anniversary of the declaration of Martial Law in 2022, the Commission on Human Rights (CHR) said.

The plans moved forward after the the Human Rights Violations Victims’ Memorial Commission (HRVVMC) signed a memorandum with the University of the Philippines allotting at least a hectare inside its Diliman campus for the memorial.

This development comes after almost a 4-year delay after the agencies failed to find a site that falls under the requirement of the National Historical Commission of the Philippines of at least 5,000 square meters, according to CHR Chairperson Chito Gascon on Thursday, September 21.

Building a memorial is one of the action points under Human Rights Victims Reparation and Recognition Act of 2013 – which laid out the monetary compensation for victims.

A feature of the memorial, the law also said, is the Roll of Human Rights Victims where the names of the victims – regardless whether they applied for reparations or not – will be enshrined.

CHR marked the 46th anniversary of Martial Law proclamation by honoring at least 125 victims considered as “motu propio” cases that will be included in the memorial.

These are the those who did not apply for claims but are recognized as victims by the Human Rights Victims’ Claims Board (HRVCB). 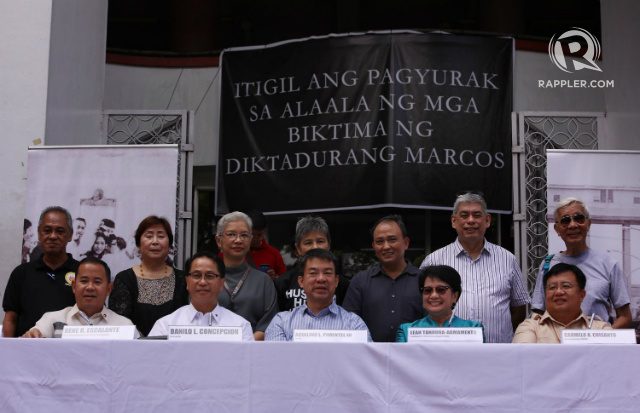 The freedom memorial, which currently has a budget of at least P600 million for construction, seeks to be a reminder for the atrocities of the regime of the late dictator Ferdinand Marcos.

“Memorialization is not just only about the past, it’s also about the future because nations are built upon a common understanding of our history and drawing lessons from important events, including Martial Law,” Gascon said.

“We will continue to tell the story despite the fake news and the post-truth arguments because it’s important that the future generations are made aware of what really happened during Martial Law,” he added.

CHR Commissioner Karen Gomez-Dumpit, meanwhile, said that remembering the past is a crucial step towards preventing the same mistakes.

“It is crucial that we, as a society, work to keep the memory of this dark chapter of our history alive to ensure that future generations of our country will not fall into the culture of impunity again,” she said.

News you can use about Martial Law: