Sep 25, 2018 2:35 PM PHT
Ralf Rivas
Facebook Twitter Copy URL
Copied
'Contrary to the wrong information spreading online, the Trabaho bill will not remove the VAT and customs duties exemption on the publication, sale, and importation of books,' says the Department of Finance 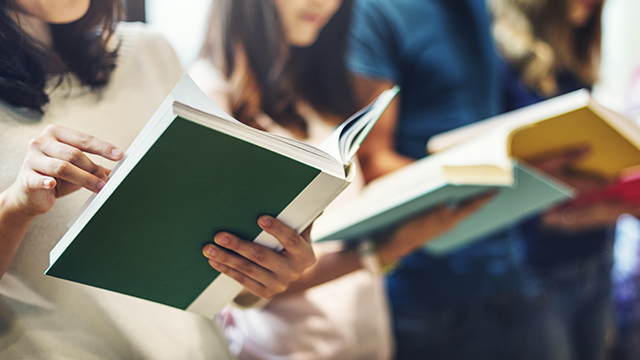 MANILA, Philippines – The Department of Finance (DOF) gave an assurance that the publication, sale, and importation of books will remain tax-exempt under the Tax Reform for Attracting Better and Higher Quality Opportunities (Trabaho) bill.

“Contrary to the wrong information spreading online, the Trabaho bill will not remove the VAT (value-added tax) and customs duties exemption on the publication, sale, and importation of books,” the DOF said. (READ: #AskTheTaxWhiz: What does the Trabaho bill offer?)

Despite the proposed repeal, the sale and importation of books will still be VAT- and customs duty-free under the Tax Code and the Customs Modernization and Tariff Act.

The agency’s statement comes after several groups slammed the Trabaho bill’s goal of repealing Section 12 of Republic Act No. 8047 or the Book Publishing Industry Development Act.

The group Philippine Poets, Playwrights, Essayists, Novelists (PEN) pointed out that the Philippines is a signatory to the Florence Agreement, which “ensures the free flow of educational, scientific and cultural books and other publications between and among countries.”

The DOF clarified that they were only seeking to repeal Section 12 of RA No. 8047 to simplify laws and put it under a general policy.

“If included in the proposed Strategic Investment Priority Plan (SIPP), local publishers of books may enjoy more incentives than what is provided in RA 8047,” the DOF said.

Finance Undersecretary Karl Chua said the book publishing industry will be included in the SIPP after an evaluation process.

“In my view, this is among the sectors that has a great chance of being included in the SIPP,” Chua said.

Senate ways and means committee chairman Sonny Angara also said the panel “will not touch any provision that grants incentives and tax exemptions to the book publishing industry.”

RA No. 8047 was authored by his father, the late former Senate president Edgardo Angara.

“My father authored such law because he believed that the book publishing industry plays a vital role in national development. He used to say that books are the most effective and economical tools for achieving educational growth,” Angara said. – Rappler.com