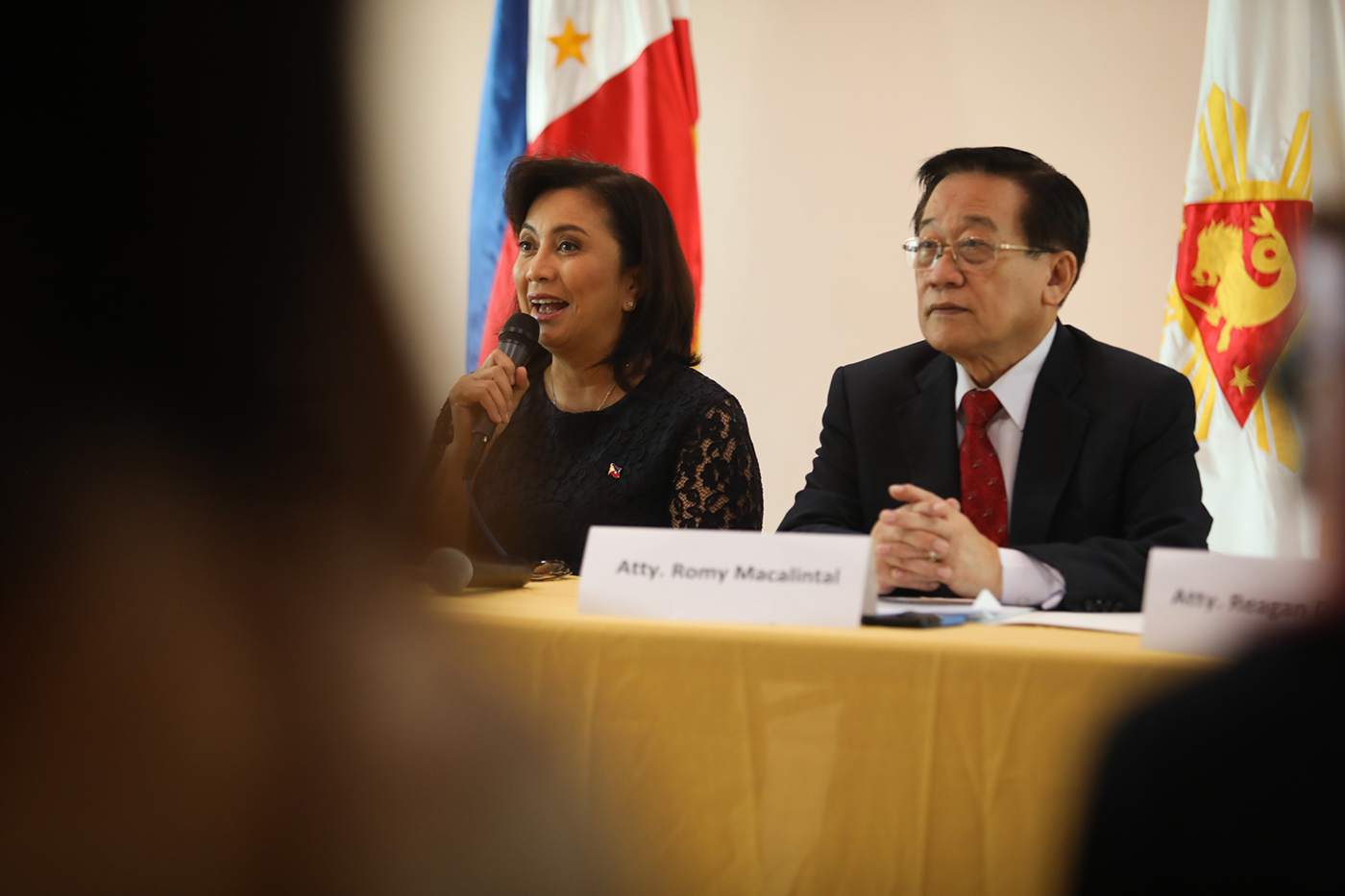 MANILA, Philippines – Vice President Leni Robredo believes the latest ruling of the Supreme Court (SC), as Presidential Electoral Tribunal (PET), on the ballot shading threshold issue has addressed other contentions of  former senator Ferdinand “Bongbong” Marcos Jr in his electoral protest against her.

The SC, acting as the PET, has decided to do away with the contentious shading thresholds as basis for segregating ballots in the election case.

The PET instead said election returns (ER) will be used to “verify the total number of votes as read and counted by the vote counting machines.”

An ER is a document in electronic and printed form directly produced by the VCM showing the date of the election, the province, municipality, and the precinct where the election was held, and the total number of votes the candidates garnered there.

The PET promulgated the decision on September 18, but the ruling was publicized more than a week later, on Wednesday.

Marcos is backing the PET’s initial decision to set the threshold for the recount at 50%. Robredo wants the threshold at 25%, arguing this was the one set by the Commission on Elections (Comelec) in the 2016 elections. The poll body made the same argument in its own comment submitted to the tribunal.

In the September 18 decision, the PET settled the debate once and for all by “setting aside the use of the 50% threshold in the revision proceedings.”

“From the foregoing, for purposes of the 2016 elections, the 50% shading threshold was no longer applied. It is likewise clear, however, that a new threshold had been applied,” said the PET.

The tribunal further said that submissions from Robredo and the Comelec showed that during the 2016 elections, “what was applied was a threshold that ranged from 20% to 25% of the oval spaces in the ballots.”

Still, the PET had a lengthy explanation on why it had initially imposed a 50% shading threshold in the ballot recount process.

The justices argued that it was only when the Robredo camp filed its appeal on the shading threshold on April 18 did the PET finally obtain a copy of Comelec Resolution No. 16-0600, which set the ballot shading threshold at 25% in 2016.

Robredo’s lead lawyer Romulo Macalintal said the PET “sustained our position that the 25% threshold on the shading of the ballot should be maintained.”

“And we are very, very happy also because not only 25% was considered by the Supreme Court but as long as 20% threshold is now considered as a valid vote insofar as the revision of ballots is concerned,” he said.

He said that the PET was never informed of any official Comelec resolution setting the 25% threshold prior the April 18 appeal of the Robredo camp.

“Thus, it (PET) had no sufficient basis to amend its rules…. From the foregoing and as clear as daylight, the tribunal upheld the position of Senator Marcos that the correct threshold is 50%. Robredo is caught lying yet again,” said Rodriguez.

What other issue did the PET ruling cover? The PET also denied Marcos’ motion to stop using decrypted ballot images in the recount, claiming they are compromised.

A ballot image is the captured image of a ballot once it is fed to the VCM. Ballot images are stored and secured into digital cards.

But the PET ruled that the Comelec has given sufficient proof showing that the said square marks are “intended merely to facilitate in the determination by the VCM of ballot shading, i.e., whether the shade has met the proper threshold.”

The PET said it also found the decrypted ballot images “tedious” to check for the revision process.

The tribunal said it also considered checking whether a certain extent of shading was credited to a candidate by comparing the actual ballots (stored in the ballot boxes) with the ballot images.

The PET said it “finds it to be a promising solution to this threshold predicament,” but it would be an “extremely tedious process” that could only result in “needless delay” if done on every single ballot. – Rappler.com