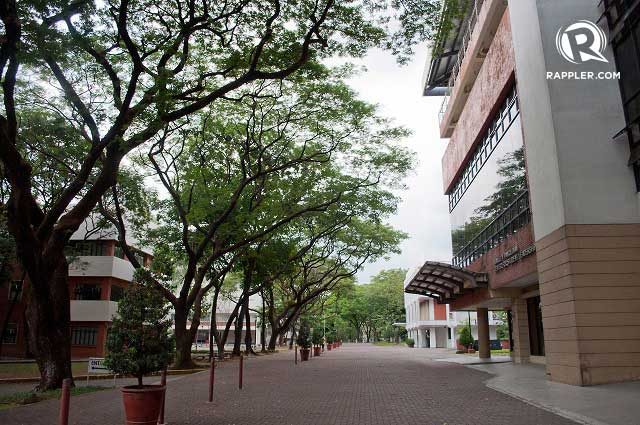 Facebook Twitter Copy URL
Copied
(UPDATED) 'We commit to protecting our students and lobbying for their safety and dignity,' says the university's student council

MANILA, Philippines (UPDATED) – The Ateneo de Manila University (AdMU) student council is set to file a case with the university against a longtime male professor who has allegedly sexually harassed several students.

In a statement posted on Facebook and Twitter Wednesday night, the student council called on students victimized by the teacher to come forward with their testimonies if they are willing to file a case. They assured students that their identities would be kept confidential.

Bendaña said the student council wanted a “comprehensive case” to be ready before Friday, October 12. She declined to identify the suspect since the investigation has yet to be completed.

On Thursday evening, October 4, Loyola Schools Vice President Maria Vilches said the matter is now with the University Committee on Decorum and Investigation.

She said the university decided to keep information on students and the still-unnamed professor confidential “to respect the privacy and uphold the dignity of all those concerned” but that the school took allegations of sexual misconduct “very seriously and diligently.”

“The Sanggunian assures the student body that sexual harassment will not be tolerated. We reiterate that there is no place for disrespect, discrimination, and dehumanization in the Loyola Schools. We commit to protecting our students and lobbying for their safety and dignity,” the student council said.

“We stand with you,” it added.

Bendaña said students’ concerns have been raised with the Loyola Schools’ office of the vice president and the human resource support office.

School officials said a formal investigation was being conducted on the matter, and the students’ testimonies gathered by the student council would serve as evidence.

This comes after a post in the Facebook group “ADMU Freedom Wall” drew attention to a professor who allegedly left students uncomfortable after inviting them for individual consultations in his private bedroom, and messaging students inappropriately.

It was unclear how long the alleged harassment had been going on, though several posts suggest some of the students had already graduated. (READ: The many faces of sexual harassment in PH)

“We understand how difficult it is to speak up against persons in power. We also understand how disappointing it is to realize that legendary professors turn out to be alleged sexual predators,” the student council said. (Rappler Talk: How do we end sexual harassment?)

Not just one professor: Despite the attention around incidents involving a particular teacher, Bendaña said it was not the first time sexual harassment cases were filed against professors in the university.

The student council added that, along with the attention garnered by the online post, “many sexual harassment cases against LS professors filed in the past have been resurfacing.”

Because of this, the student council reiterated its call for support for its proposed gender-sensitive and anti-sexual misconduct policy.

The proposed policy calls for practices that would promote a “gender-responsive curriculum” and the availability of “safe spaces” in the university.

“Adequate responses constitute of clear, safe, and accessible services for all students, faculty, and staff of the Loyola Schools, including immediate assistance, support services, referral mechanisms, protective measures, and corrective measures to address all forms of gender-based violence,” the draft statement read.

The document is in the final stages of review. The student council hopes for its passage by the end of October. – Rappler.com