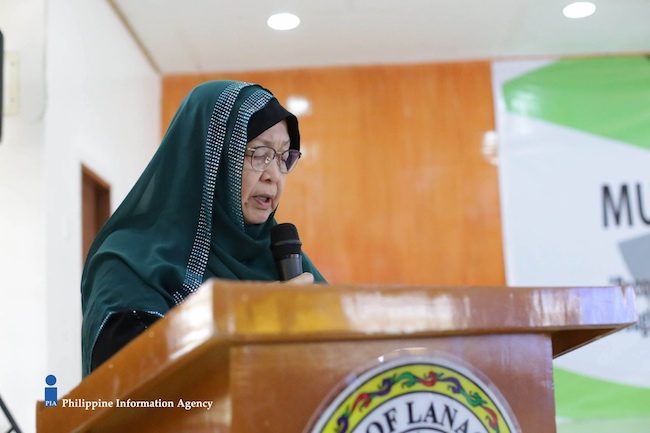 “The Provincial Government of Lanao del Sur fully condemns this criminal act and we ask the authorities that the perpetrators immediately face the consequences of their action. I call on the Philippine National Police to make a swift and thorough investigation on this incident,” Adiong said in a statement.

She expressed confidence that officials of Kapai town, where the incident took place, would “fully cooperate with the PNP to bring justice to the victims and their families.”

PDEA-ARMM operatives were ambushed in Kapai town on Friday, October 5, as they made their way from Tagoloan II town in Lanao del Sur to Marawi City. Investigators are still determining the identity of the suspects and their motive.

Adiong said that as requested by PDEA, the provincial health office facilitated the transport of the remains of the PDEA agents back to Cotabato City on Friday night.

“General Ramiro Rey, Commander of Joint Task Force Ranao, has allowed some of their soldiers to accompany our team and the employees of PDEA to Cotabato City to ensure their safety during the trip,” she added.

PDEA Director General Aaron Aquino condemned the attack and extended his condolences to the families of the slain agents. He said the attack proved that drug syndicates were being threatened by the agency’s operations.

(We extend our heartfelt condolences to the families of our fallen colleagues. This only proves that  those criminals are feeling threatened by our vigilance against drugs.)

He slammed the attack as a “cowardly and atrocious” act.

“This is unacceptable to the government and to the PDEA leadership. We assure the families of our fallen agents that we will urgently conduct a full investigation to identify the shameless criminals who committed this crime,” Aquino said.

“This act of inhumanity and cowardice, taking the lives of our comrades in a surprise attack, will not just pass as another common incident in our day-to-day operations on the fight against illegal drugs,” he added. – Rappler.com