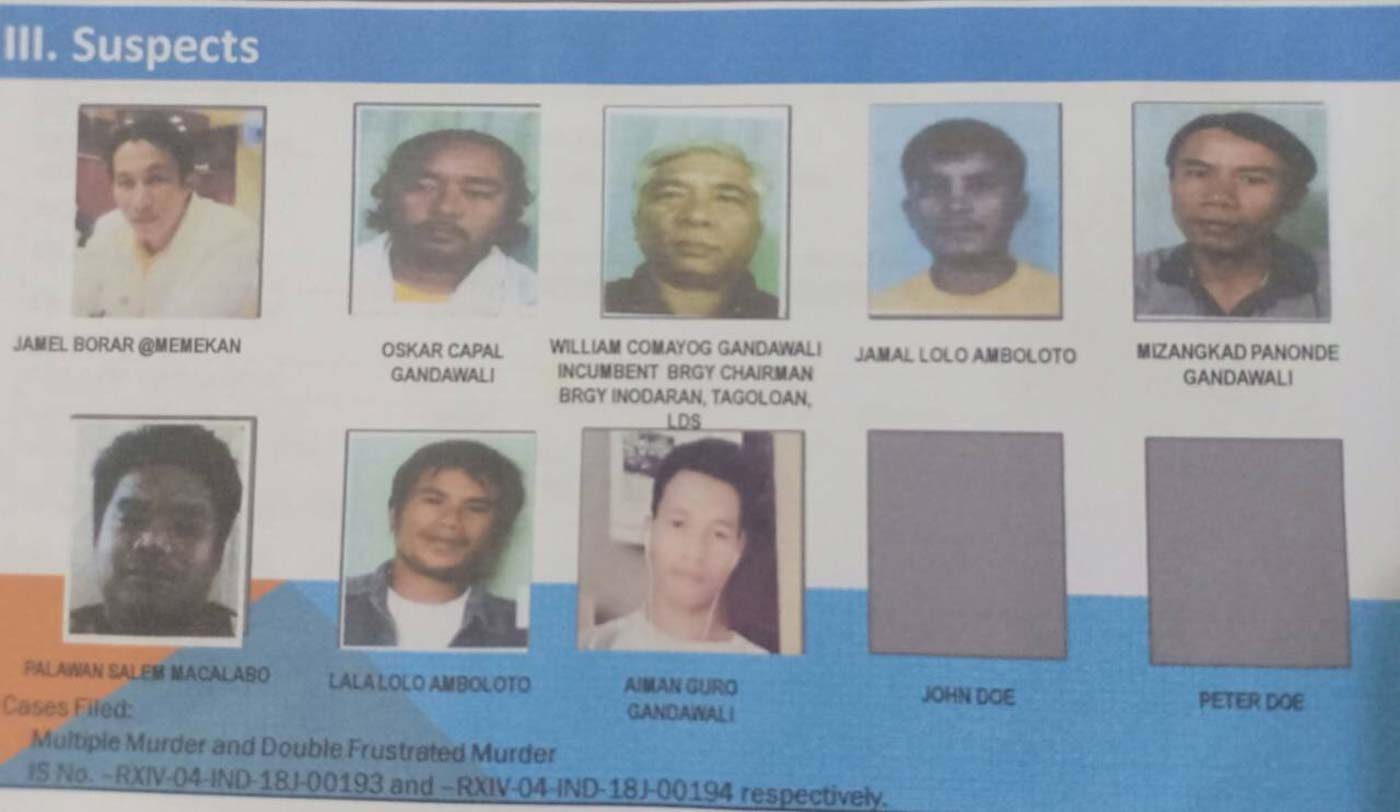 PRO ARMM said that one of the suspects is Barangay Chairman William Comayog Gandawali of Barangay Inudaran in Tagoloan ll town, the older brother of a drug suspect who was killed in a police buy-bust operation in Marawi City in August.

The police filed multiple murder and double frustrated murder charges against the suspects. Aside from the barangay chairman, the other suspects were identified as the following:

The police also filed the same charges against two John Does believed to be linked to alleged drug personality “Comayog Macapagal,” a resident of Tagoloan II town in Lanao del Sur, who was killed in a shootout with police during a buy-bust operation in Marawi City on August 8.

PRO ARMM said it received reports that relatives of the slain drug suspect had threatened to retaliate against government troops.

Jamel Borar was a relative by affinity and an identified associate of Macapagal in the  illegal drugs trade, PRO ARMM said.

The police added that there were joint operations with the military to track down the suspects.

The Lanao del Sur provincial government had earlier condemned the attack on the PDEA agents and demanded a swift probe. The incident also injured two people who were part of the PDEA group that was ambushed that was on its way to Marawi City after it attended an anti-drug seminar  in Tagoloan II town. – Rappler.com