Oct 11, 2018 2:18 PM PHT
Rappler.com
Facebook Twitter Copy URL
Copied
In the conclusion of the 7-part Murder in Manila series, a self-confessed vigilante says Police Superintendent Robert Domingo is just 'a tool for Tondo' and that someone higher is involved 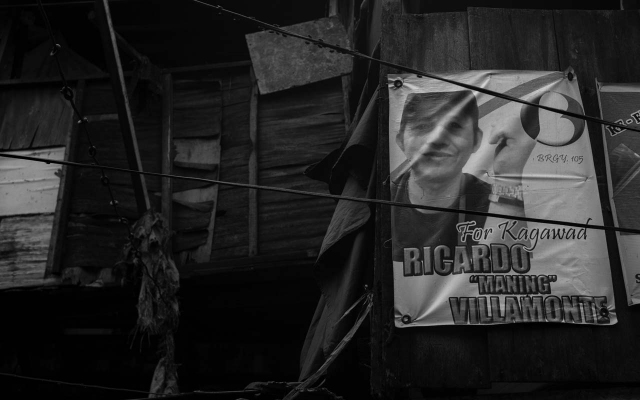 MANILA, Philippines – All but one of the men accused of killing a 16-year-old walk free more than a year since the Philippine National Police (PNP) publicly identified their group Confederate Sentinels Group (CSG) Tondo Chapter 2 as vigilantes.

In the conclusion of the 7-part Murder in Manila series, “It Is War,” Rappler found that at least 3 of them even ran for a local post after they were condemned on national television in February 2017.

Sources, including self-confessed vigilantes, told Patricia Evangelista and Carlo Gabuco in their 6-month investigation that CSG Tondo Chapter 2 killed at least 20 people upon the orders of local police during the first 7 months of President Rodrigo Duterte’s war on drugs.

The group’s leader, Ricardo Villamonte alias Commander Maning, however, denied they are involved in extrajudicial killings

But out of the 4 deaths then-PNP chief General Ronald dela Rosa attributed to the CSG, Rappler confirmed that charges were filed on a single case only. But Dela Rosa still insisted the group consisted of self-confessed killers and that he stands by his statements.

The CSG has even remained as an accredited organization by PNP, according to its founder Alvin Constantino.

The group’s Tondo Chapter 2 headquarters along Road 10 has been converted into a local government outpost, but sources told Rappler that killings continue and that the vigilantes resort to reporting to the homes of their leaders – if not working as assets for the police.

Simon*, one of the vigilantes who talked to Rappler, said that he remains an active member of what is left of the CSG. He said that he still works with the police and understands that there are people who need killing.

Police Superintendent Robert Domingo, whom sources accused of outsourcing murder to the CSG, refused to comment for the story.

Angel*, another self-confessed vigilante, said that Domingo was “just a tool for Tondo,” adding that “there’s someone higher than him, there’s a general involved.”

Allegations of police involvement in the murders of drug suspects and criminals, according to Dela Rosa, should be investigated but “if proven, they should file charges against the police.”

Asked about the thousands of deaths under Duterte’s anti-illegal drug campaign, he said “it’s war.”

“What would you call it, what do you call it if nobody dies? What else do you call it? It’s a war, a war on drugs. We are waging war against drugs,” Dela Rosa said. – Rappler.com

Editor’s Note: All quotes in Filipino have been translated into English. At the sources’ request, Rappler changed or withheld their names for their own safety.