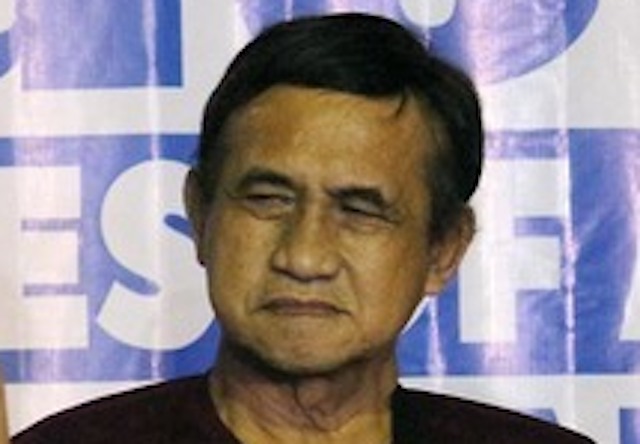 Silva is among the top NDF consultants working with alleged communist leaders Benito and Wilma Tiamzon.

He and the Tiamzons are among the 7 NDF consultants whose bail bonds were suspended by the justice department in December 2017, after the breakdown of the peace talks between the Duterte administration and the rebels.

They all have standing arrest warrants.

Silva was earlier arrested in 2015. He was described then by the military as “the overall orchestrator of rebel movements in the entire country.”

In August 2016, two months after President Rodrigo Duterte assumed the presidency, he ordered the release of at least 20 political prisoners, including Silva, to facilitate the peace negotiations with the communist guerrilas, which resumed in Oslo, Norway, that month. (READ: Who’s who: Political prisoners released for Oslo peace talks)

The talks have since bogged down, with Duterte ordering the rebels’ rearrest and accusing them of bad faith.

According to a spot police report, Silva was arrested on Monday in Sta Cruz in Laguna at around 1:30 pm with the following:

The arrest of the 5, they said in a joint statement, is a result of their established “inter-operability” to address “security concerns.”

“The same collaborative framework shall apply to joint police and military operation to proactively respond to the policy directions of President Rodrigo R Duterte to ensure peaceful, orderly, and fair 2019 Midterm Elections next year,” the statement added. – Rappler.com