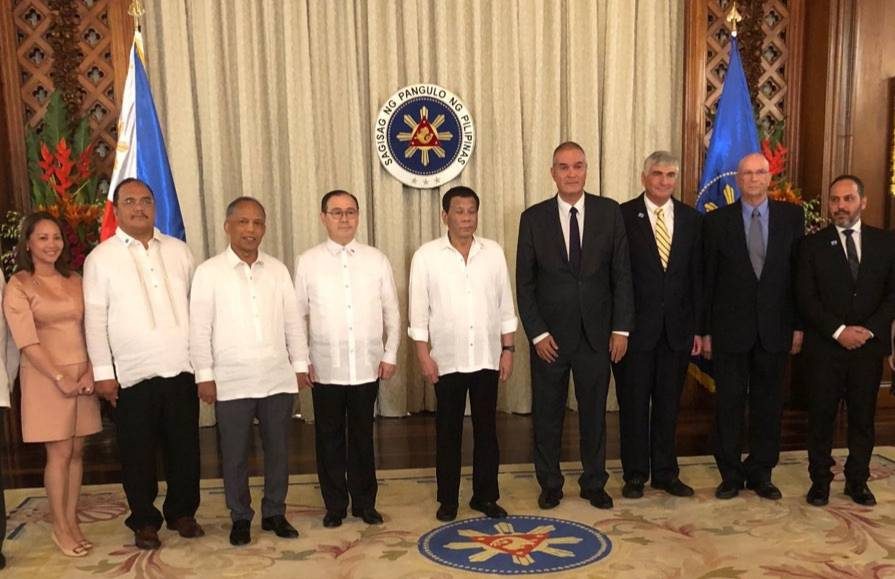 MANILA, Philippines – The Philippines has signed an oil exploration deal with Israeli firm Ratio Petroleum Ltd, allowing the company to explore for oil and gas resources in an area east of Palawan.

Cusi is quoted in a press release as saying that the signing of the PSC will help boost the country’s energy security, now more necessary than ever given the volatility of world market prices of oil.

“The President has been very clear – our country needs to attain energy security and sustainability at the soonest possible time. We are currently experiencing how our dependence on importation has left us at the mercy of price movements in the global oil markets. We need to boost the exploration and development of our own energy resources and the awarding of the petroleum service contract to Ratio Petroleum is a step in the right direction,” he said.

A contract lasting 7 years, this PSC is part of the Fifth Philippine Energy Contracting Round (PECR5) which was launched in May 2014.

The PECR is a “transparent and competitive system of awarding service or operating contracts for prospective petroleum or coal areas within the country,” a Department of Energy press release read.

Ratio Petroleum is projected to spend at least $34,350,000 on studies, data gathering, and drilling activities.

Established in 1992, Ratio Petroleum, according to its website, owns significant deep-water petroleum rights in Israel, including over the Leviathan natural gas reservoir. It also has offshore operations in Malta and Guyana.

This oil exploration deal was supposed to have been signed during Duterte’s visit to Israel in early September. Former presidential spokesman Harry Roque had said during the trip that Cusi had been busy with preparations for the signing ceremony.

The last PSC awarded by the Philippine government was signed with PXP Energy Corporation back in December 2013. This subsidiary of Philex Mining was allowed to explore an area in northwestern Palawan. – Rappler.com