Unresolved issues in the Corona trial

Mar 6, 2012 5:12 PM PHT
Natashya Gutierrez
Facebook Twitter Copy URL
Copied
Do unresolved issues of the impeachment speak of the inefficiency or leniency of the trial against the Chief Justice? 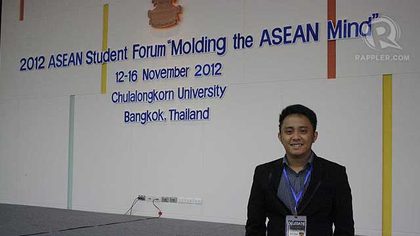 MANILA, Philippines – So many motions, so little time.

As the senator-judges take a break from the ongoing impeachment trial of Chief Justice Renato Corona, one question begs to be asked: What about the other issues in the trial that seem to have been forgotten or remain unresolved?

Are they a result of leniency? Inefficiency? Or plain apathy?

From a possible contempt to changes in the proceedings, here are some motions and concerns pending before the impeachment court:

How could anyone forget the shotgun Sunday night presser held by the defense in no less than the historic Club Filipino?

The counsels of the Chief Justice – in dramatic, attention-grabbing fashion – announced they had something to say to the media the night before the impeachment court was scheduled to decide on the disclosure of Corona’s dollar accounts. They showed up donned in fiery red with serious expressions to… well, to make unfounded claims. On February 12, Corona’s lawyers accused Malacanang of bribing senator-judges P100-M each, to vote in favor of a temporary restraining order (TRO) issued by the Supreme Court barring the opening of Corona’s foreign dollar accounts.

The statement angered not just the impeachment court but the media as well, as the defense refused to name their source or provide any evidence of the accusations.

While the counsels were reprimanded in court the next day, it seems that lawyer Judd Roy’s apology, in behalf of the defense, was enough.

The defense was asked to submit a memo on why they should not be held in contempt – a document that was to be discussed and decided on by the senator-judges.

2) The request to object to senator-judges

Lead defense counsel Serafin Cuevas is notorious for his objections. But on Day 21, Week 6 of the impeachment trial, he brought up a concern that he warned could lead to a mistrial.

Cuevas complained to the court about 2 alleged errors in the proceedings which he said could lead to an invalid trial. The 83-year-old former justice argued that senator-judges, according to Rule 17 of the impeachment court, should only be allowed to put a question within 2 minutes to the witness or both the defense and the prosecution.

He also questioned a court ruling that neither the defense nor the prosecution can object to questions posed by members of the Senate to the witness.

Presiding Officer and Senate President Juan Ponce Enrile assured the defense the issue would be discussed in a caucus. It has not been mentioned since.

The issue is relevant given speculations that the defense is setting the stage for a mistrial. Changing the rules in the middle of the trial however is unlikely, especially since the prosecution has just rested its case.

A change in the proceedings would give the defense an advantage if the senator-judges can strictly question witnesses for only 2 minutes, while allowing the prosecution to object to their questions would also change the dynamics of the trial.

3) The questioning of Banal

At least 100 solons showed up in the impeachment court as a display of support for Quezon City Rep. Jorge Banal on February 20, the day Banal was called back to explain how he got hold of a copy of Corona’s leaked bank documents.

Banal caused a frenzy the week before, when PS Bank Katipunan branch manager Anabelle Tiongson testified that Banal went to her branch on January 31 carrying Corona’s alleged bank records, asking her to verify their authenticity.

While the impeachment court ultimately decided to turn over the investigation on Corona’s leaked accounts to the Senate committee on banks, financial institutions and currencies, the Senate was expected to question Banal in open court on how he obtained the documents, but he was never called to the stand.

The investigation on the leaked bank accounts continues at the Senate committee. Prosecutors are not yet off the hook either, as they may be sanctioned – according to senator-judges – for submitting fake bank documents used by the court as basis for subpoenas.

4) Corona’s motion to stop the proceedings

On February 8, defense lawyers filed an urgent petition with the Supreme Court to stop the impeachment proceedings against the Chief Justice. The lawyers said that Corona “has suffered grave and irreparable injury” due to the alleged violation of his constitutional rights.

The Supreme Court deferred the ruling and gave respondents 10 days to comment on the Corona petition, after which the Court would deliberate on the petition.

5) The alleged partiality of senator-judges

In addition to the urgent petition, Corona also submitted a supplemental petition to the Supreme Court accusing several senator-judges of bias against him.

In the petition, Corona said the senator-judges helped the prosecution in eliciting testimony and documents from witnesses that the prosecution was unable to do on their own.

“Their actions violate the very nature of due process and the character of an impartial judge,” the petition read.

Defense counsels said the petition was a result of the impeachment court not acting on their original motion asking that Sen Franklin Drilon be disqualified for his alleged partiality towards the prosecution.

The impeachment court failed to announce an official decision on the said motion, although Drilon told reporters that he will not inhibit himself as he found no basis for the allegations.

The prosecution, on the other hand, has said it feels some senator-judges – like Sen. Miriam Defensor-Santiago – are biased towards the defense, but perhaps learning from the futility of the defense’s motions, said it does not plan to call for the disqualification of any of the senators.

With no actions taken towards “biased” senator-judges from both the Supreme Court and the impeachment court, expect more tirades from the gentle lady of Iloilo. – Rappler.com