Oct 31, 2018 6:43 PM PHT
Pia Ranada
Facebook Twitter Copy URL
Copied
A new executive order revamps the Office of the Cabinet Secretary, reverting it to its old name, Cabinet Secretariat, and taking away its supervision of 8 agencies 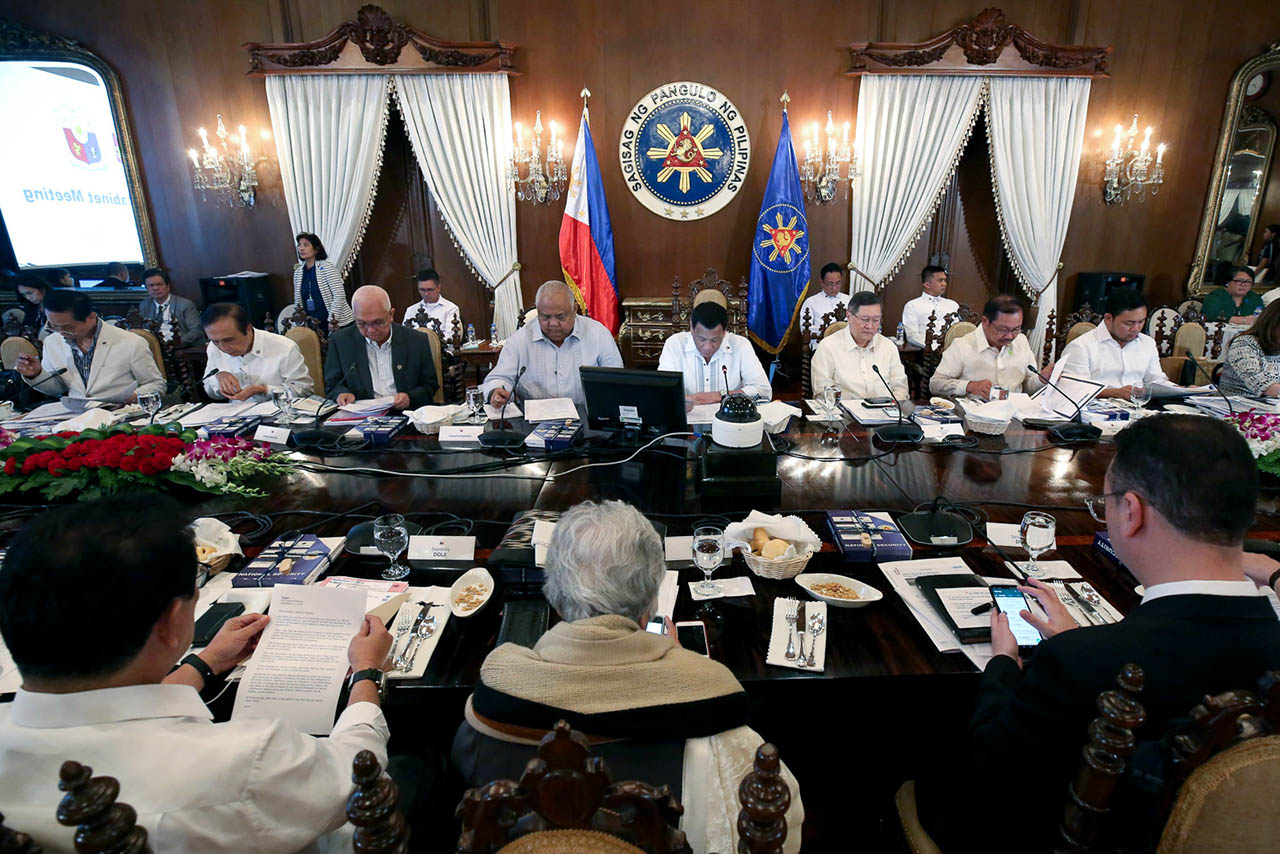 MANILA, Philippines – Through an executive order, President Rodrigo Duterte removed almost all of the powers of the Cabinet Secretary he had given to the post at the start of his presidency.

Executive Order No 67, signed on Wednesday, October 31, transfers 8 agencies that had been under the Office of the Cabinet Secretary when it was still led by Leoncio Evasco Jr to other departments.

Duterte’s very first EO transferred a total of 12 agencies under Evasco. In the years that followed, subsequent EOs whittled this down  to 9.

It retains its role as head of the Cabinet Cluster secretariats and will continue to sit in Cabinet Cluster meetings and the National Economic and Development Authority (NEDA) Board meetings.

These radical changes come after Evasco, a former communist rebel and trusted aide of Duterte, resigned from the post of Cabinet Secretary to run for Bohol governor.

Below is the list of affected offices and where they will be transferred to:

The EO says the transfer of the above agencies is meant to “strengthen the democratic and institutional framework of the executive department,” promote efficiency, and eliminate “roadblocks and impediments” to the attainment of the administration’s agenda.

New name. The Office of the Cabinet Secretary will also now be known by its old name, Cabinet Secretariat. This was the office’s name before Executive Order No 99, issued during the Benigno Aquino III administration.

Abolished offices. Duterte also abolished two offices that were under the OCS – the Office of Participatory Governance (OPG) and the Performance and Projects Management Office (PPMO).

The OPG had been in charge of linking grassroots organizations to government efforts to alleviate poverty and institute reforms. Its personnel had also been active in Kilusang Pagbabago, a nationwide movement in support of Duterte-promised reforms.

The PPMO, meanwhile, tracked targets set by departments and clusters.  Its functions will be performed by the Presidential Management Staff. – Rappler.com