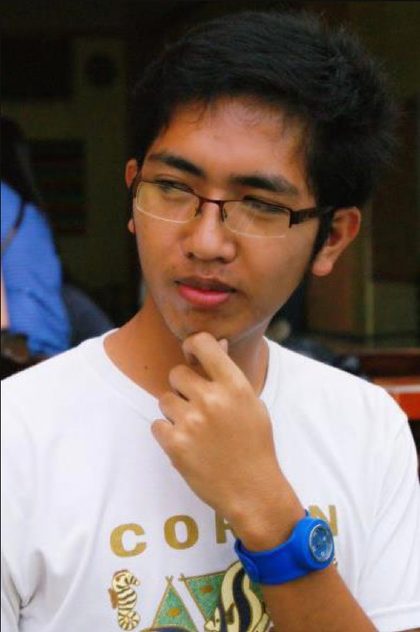 [UPDATED] LAGUNA, Philippines – The Los Baños council is mulling a midnight curfew for student dormers to prevent a repeat of the spate of killings in their municipality, Vice Mayor Baby Sumangil said Tuesday evening, March 6.

Sumangil announced this during her speech at the indignation rally against the killings of Los Baños students Given Grace Cebanico, Rochelle Geronda, and Ray Bernard Peñaranda. The rally was held at the University of the Philippines Los Baños (UPLB), the school of both Cebanico and Peñaranda. 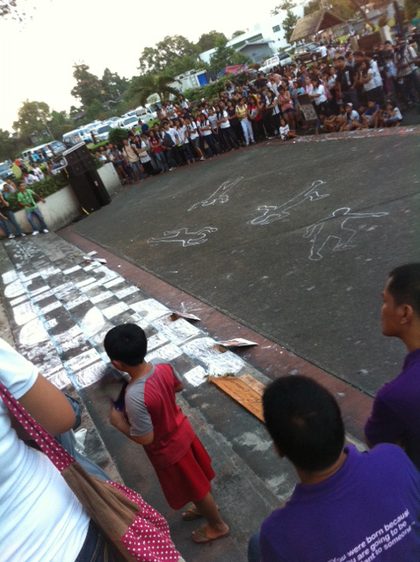 The vice mayor also bared a plan to implement a no-loitering law by midnight in Los Baños.

Some in the audience met the municipal council’s proposals with jeers even as she spoke.

In an interview with Rappler after her speech, Sumangil defended these proposed measures.

This, Sumangil explained, will not give criminals a motive to attack students.

The vice mayor also responded to criticisms that the Los Baños government committed shortcomings in connection with the killings.

“Gano’n naman parati eh. Dito sa part naman namin, we are not saying na wala kaming kasalanan. That’s why we will employ stronger measures,” she said. (That’s always the case. On our part, we are not saying that we did not commit shortcomings.)

Sumangil noted efforts, among other things, to increase the number of police outposts as well as to install CCTV cameras in strategic locations.

In a separate speech, Bayan Muna party-list Rep Teddy Casiño pushed for more housing facilities and dormitories for UPLB to prevent a repeat of the killings of 3 students in a span of 5 months.  “Sa panahon po na maitatayo na ang dormitoryong ‘yan ay ide-dedicate po natin sa kanila,” he said. (Once a dormitory is built, we will dedicate that to them.)

On Monday, March 5, the UPLB community also staged an indignation rally, at that time to mourn the recent death of Peñaranda as well as those of 2 other students from Los Baños.

Panganiban said his hope is for the killings not to taint their town’s reputation.

“Gusto lang po sana iparating na habang may buhay, may pag-asa… Hindi naman forever ganito ang mangyayari eh. Nagkataon lang na ngayon sunud-sunod,” he said.  (I just want to say there is always hope… This is not forever the case. It just so happened that the killings happened one after the other.)

He also suggested that outsiders might have perpetrated the incidents. “Marami sa mga nasakote ng kapulisan na sangkot sa iligal na droga at pagnanakaw ay mga residente ng mga karatig-bayan o lalawigan,” he noted. (Many of those accosted by the police for involvement in illegal drugs and robbery are residents of nearby provinces.)

Bayan Southern Tagalog noted that it has only been 5 months since Given Grace Cebanico, another UPLB student, died in the hands of criminals who raped her. The group said it is not enough for the local government to sack its police chief and over 50 other officials in relation to the crimes.