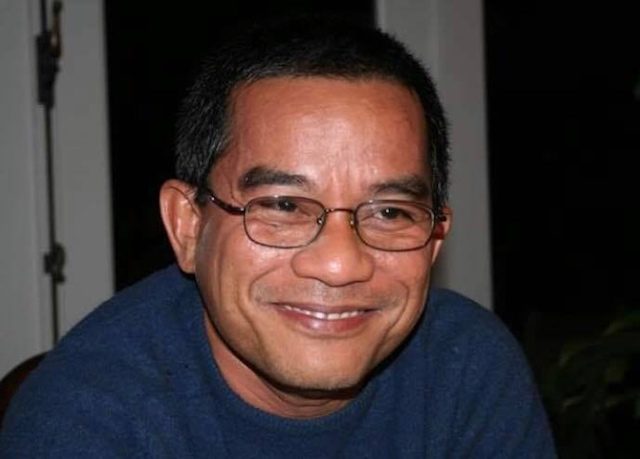 Benjamin Ramos, secretary-general of the National Union of Peoples’ Lawyers-Negros Island, was in front of a store near the public plaza when he was shot at close range by two unidentified men.

Karapatan-Negros secretary-general Clarizza Singson, quoting the victim’s wife, said the lawyer was having a smoke when he was attacked around 10:20 pm.

Singson said the victim was rushed to a hospital but he succumbed to 4 gunshot wounds, 3 in the front and one in the back.

Ramos, who represented a number of political prisoners, was the lawyer of youth leader and University of the Philippines Cebu alumna Myles Albasin and her 5 companions – known as the Mabinay 6 – who were arrested in March this year in Mabinay, Negros Oriental, following an alleged clash with government troopers, although they later tested negative for gunpowder residues.

The lawyer, being a peasant advocate, had also founded the farmers’ organization Paghiliusa Development Group.

Chief Superintendent John Bulalacao, director of Police Regional Office in Western Visayas based in Iloilo City, said he ordered an investigation into the killing.

“Initial investigation disclosed that the victim is a founding member of the NUPL and serves as a lawyer for suspected rebels and suspected drug users,” he said.

Bulalacao, who condemned the incident, assured the victim’s family of a thorough investigation to ensure the immediate arrest of the perpetrators.

The police report said the victim sustained 3 gunshot wounds in the right back side and left upper chest of his body.

NUPL president Edre Olalia said in a statement that they are “shocked, devastated and enraged at the premeditated cold-blooded murder of our colleague and fellow people’s lawyer.”

NUPL said the victim had just finished a legal paper for one of his many pro bono clients when he was killed.

“The passionate, dedicated and articulate yet amiable and jolly Ben, was a founding member of NUPL. Despite limitations, he was for the longest time the run-to pro-bono lawyer of peasants,  environmentalists, activists, political prisoners and mass organizations in Negros,” the group said.

The NUPL also said that Ramos was “was maliciously and irresponsibly tagged in a public poster by the Philippine police as among the so-called personalities of the underground armed movement.”

“These beastly attacks by treacherous cowards cannot go on. Not a few of our members have been attacked and killed before while literally practicing their profession and advocacies in the courts, in rallies, in picket lines, in urban poor communities, and in fact-finding missions,” Olalia said.

“Of late, a number of us have received threats for handling cases of political prisoners, suspected rebels, environmentalists, and suspected poor drug users,” he added.

Olalia said the lawyers of the people “will not be cowed, will not blink, will not retreat, we will not look the other way, and we will stand our ground.” – Rappler.com