51% of Filipinos agree with mandatory drug test for grade schoolers 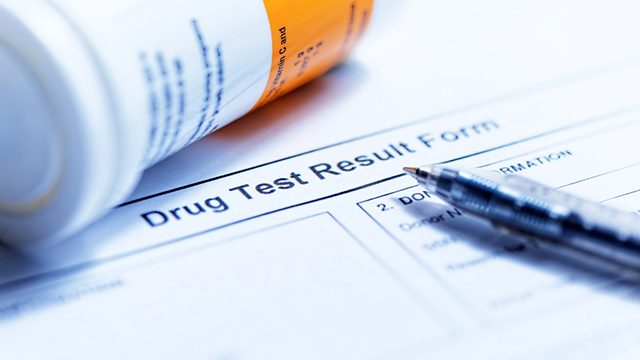 MANILA, Philippines – Five in 10 Filipinos agree with the proposal of the Philippine Drug Enforcement Agency (PDEA) for mandatory drug tests on students as young as 10 years old, the results of a September Social Weather Stations survey released only on Wednesday, November 7, showed.

According to the results of the SWS survey held September 15 to 23, 51% of Filipinos agree with the PDEA’s proposal, while 36% disagree, and 13% were undecided on the matter.

Respondents were asked, “How much do you agree or disagree with the proposal of the Philippine Drug Enforcement Agency or PDEA to have a mandatory drug testing for students who are in Grade 4 and up?”

Of the number of Filipinos who agreed, 31% said they “strongly agree” while 20% “somewhat agree.”

Among those who disagreed, 24% “strongly disagreed” while 12% “somewhat disagreed.”

The SWS survey was conducted 3 months after the PDEA first proposed that it wanted to conduct drug tests on students as young as those in grade 4, the grade level of 10-year old students, as it found children as young as 10 supposedly using drugs.

The Department of Education (DepEd) rejected the proposal because it violated the law. (READ: DepEd stands its ground: No drug testing for grade schoolers)

At the time, parents also objected to the PDEA proposal saying schools would no longer to safe zones if this happened, and may cause some students to drop out of school.

Like the DepEd, Malacañang said there can be no mandatory drug testing for children in elementary school.

The survey results also revealed that agreement with the proposal was highest among respondents who said they were satisfied with the government’s anti-illegal drug campaign.

It also showed that agreement with the PDEA proposal was highest among those who were satisfied with the performance of President Rodrigo Duterte, which was at 70% during the polling period.

The pollster also said the survey items on the public’s agreement with the PDEA proposal “were non-commissioned” and “were done on SWS’s own initiative and released as a public service.” – Rappler.com