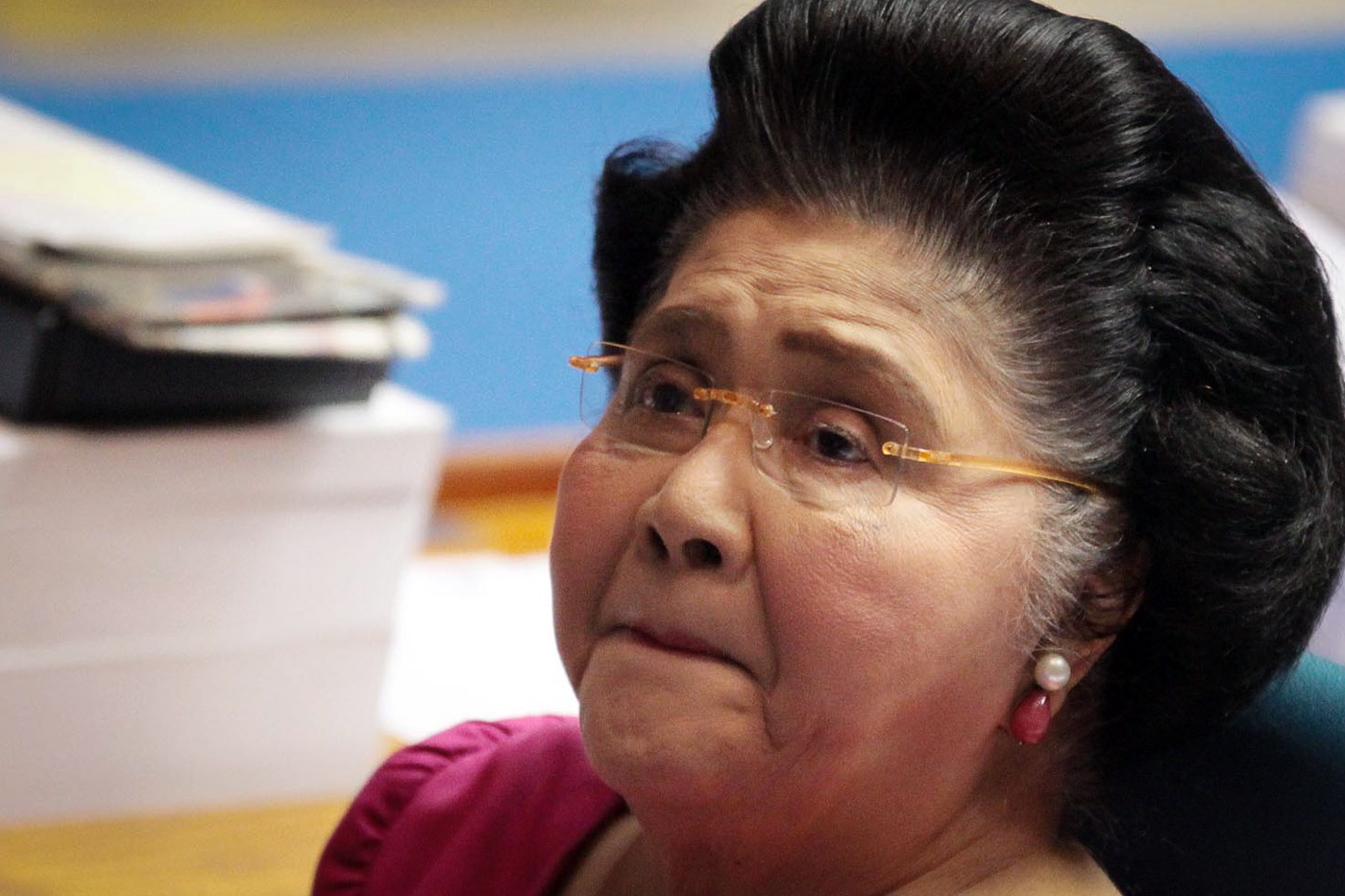 MANILA, Philippines – Ilocos Norte 2nd District Representative Imelda Marcos said on Friday, November 9, that she will appeal the verdict of the anti-graft court Sandiganbayan which found her guilty of 7 counts of graft.

In a brief statement sent to reporters on Friday afternoon, Marcos said she had received a copy of the decision and that she would file a motion for reconsideration before the Sandiganbayan 5th Division.

She said former Court of Appeals justice Manuel “Lolong” Lazaro would act as her interim counsel as her other lawyer, Robert Sison, is confined at a hospital.

“He (Lazaro) is presently studying the decision and has advised us that he intends to file a motion for reconsideration,” Marcos said.

Marcos faces arrest after the Sandiganbayan found her guilty of 7 counts of graft related to private organizations created in Switzerland while she was a government official from 1968 to 1986.

She was sentenced to prison for 6 years and 1 month to 11 years for each case. Marcos, who is running for Ilocos Norte governor, is also perpetually disqualified from holding public office.

Graft is a bailable case, however, which means Marcos may be given provisional liberty while she is appealing the conviction. Upon payment of bonds, the warrants of arrest will be lifted.

Neither Marcos nor her lawyers were present at the promulgation of the decision.

Opposition congressmen welcomed Marcos’ conviction, calling it a “taste of justice” decades after the conjugal dictatorship of Marcos and the late strongman Ferdinand Marcos. (READ: Martial Law, the dark chapter in Philippine history)

The Martial Law years were marred by killings, torture, disappearances, media oppression, and corruption that has left the Philippine economy reeling to this day.

Presidential Spokesperson and Chief Presidential Legal Counsel Salvador Panelo said the guilty verdict handed down to Marcos should serve as a “good reminder” to public officials that they can be held accountable for their crimes. – Rappler.com