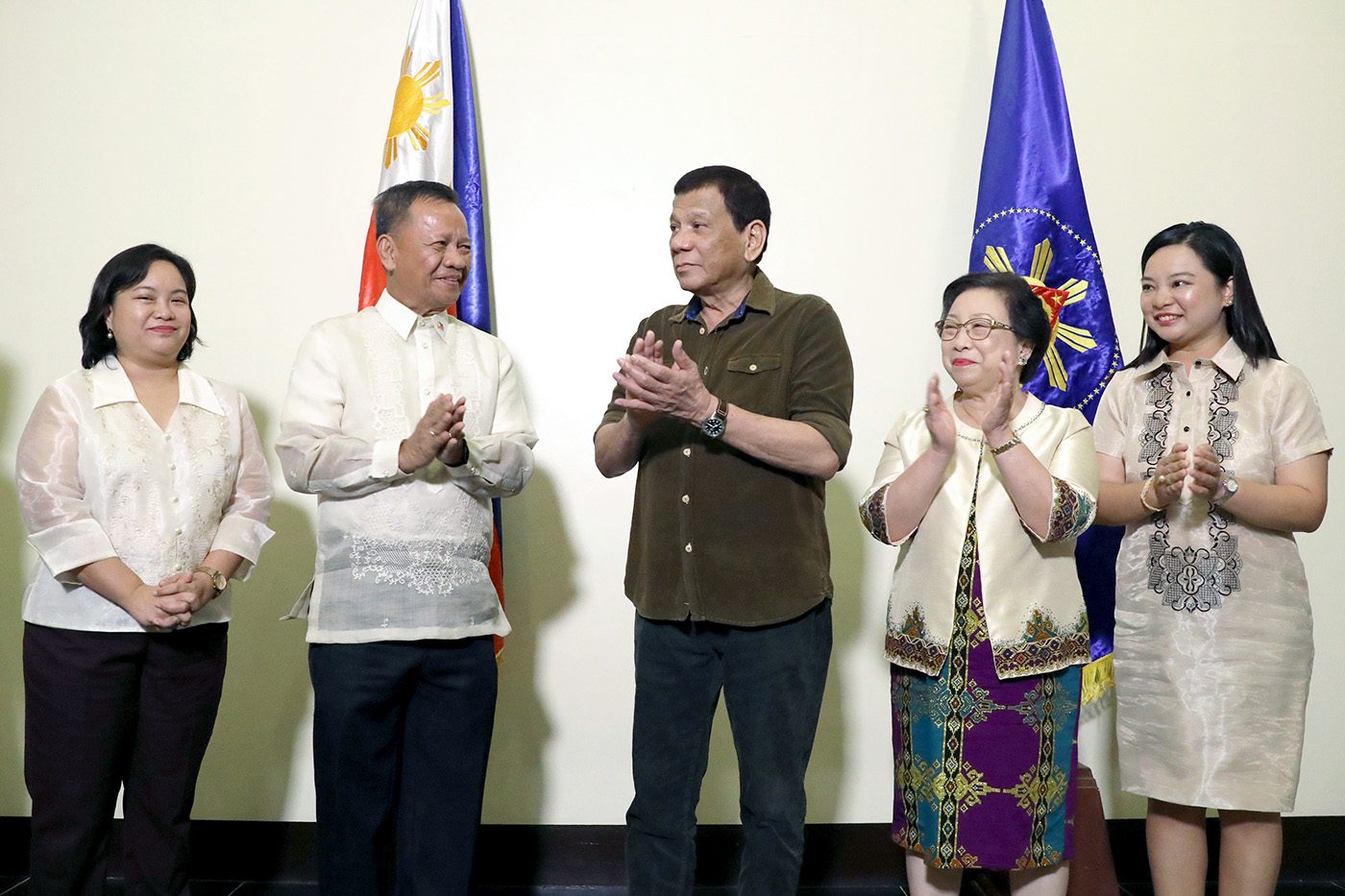 Facebook Twitter Copy URL
Copied
Presidential Spokesman Salvador Panelo says since there is no final verdict yet on Isidro Lapeña's guilt or innocence, he has a 'right to be presumed innocent.'

Chief Presidential Counsel and Presidential Spokesman Salvador Panelo said since there is no final verdict yet on Lapeña’s guilt or innocence, he has a “right to be presumed innocent.”

“Until and unless proven otherwise, he still enjoys the trust and confidence of the appointing authority who happens to be the President,” Panelo said in a statement on Tuesday.

Yet Duterte had, on several occasions, fired appointees based on mere corruption allegations or claims of irregularities. Early on, the President had warned appointees that they would be sacked when he catches even “one whiff” of corruption.

In its graft complaint with the Department of Justice, the NBI found Lapeña liable for the illegal release of 105 containers of tiles in March.

Panelo said the NBI complaint against Lapeña proved that Duterte appointees would not be spared from investigation over anomalous activities.

“No one, friends or political foes alike, is spared in our fight against corruption….[The NBI’s] action is proof that the President shall not shield those upon whom a shadow of doubt has been cast,” he said.

Duterte had repeatedly defended Lapeña from critics wanted him out as Customs chief after P11 billion worth of shabu reportedly slipped past the Bureau of Customs during his watch. The President later said Lapeña and the BOC were outsmarted by drug shabu smugglers.

He ended up transferring Lapeña to the Technical Education and Skills Development Authority (Tesda) – a “promotion” to a Cabinet-rank position.

Duterte’s first BOC head, Nicanor Faeldon, had also faced a complaint for allegedly conspiring to import P6.4 billion worth of shabu from China. But the DOJ eventually cleared him of drug charges. – Rappler.com