Duterte to China: ‘Tell us route to take’ in sea row 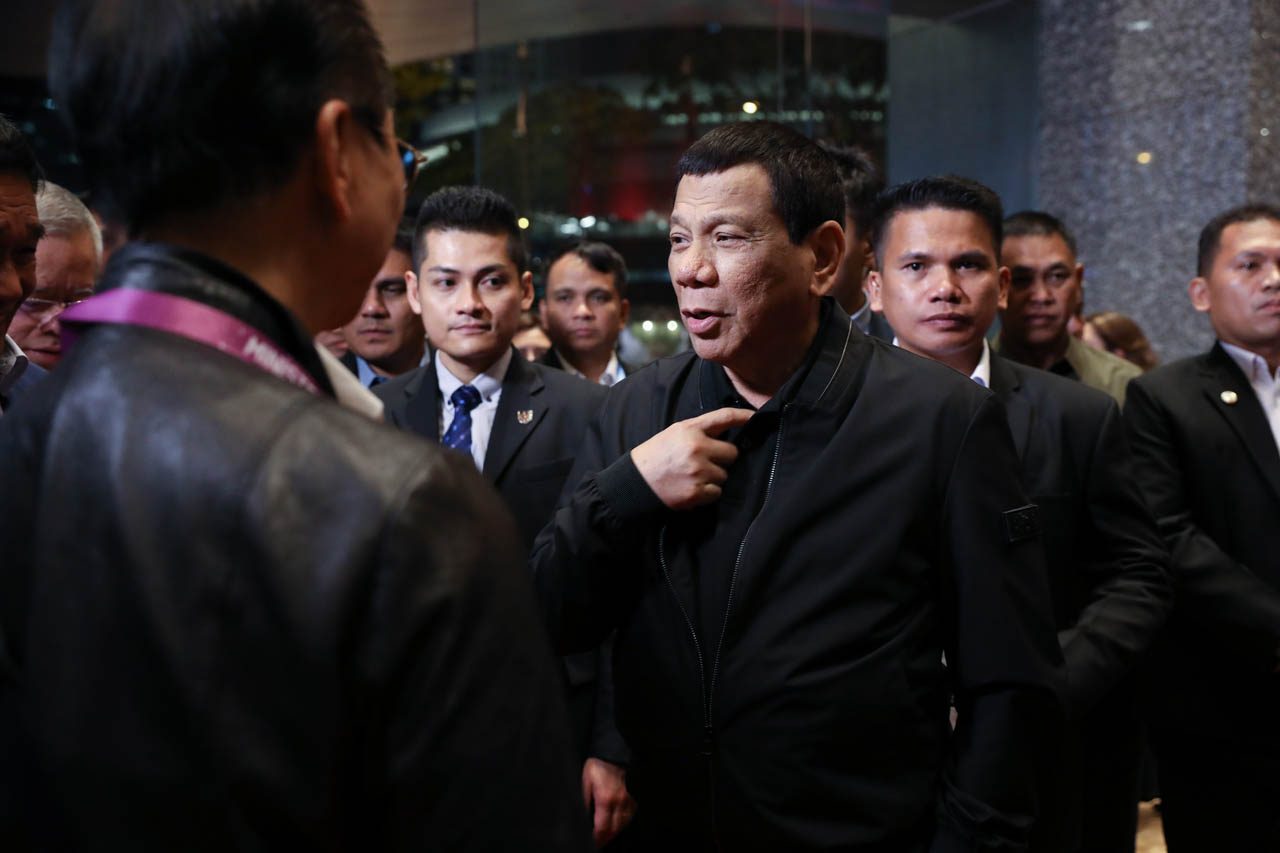 MANILA, Philippines – For Philippine President Rodrigo Duterte, the Code of Conduct (COC) in the South China Sea is a way for China to tell Southeast Asian countries how to behave in order to avoid conflict in the contested waters they are claiming.

Duterte’s viewpoint was made apparent in his short interview with reporters right before he attended the ASEAN-China Summit on Wednesday morning, November 14, in Singapore.

“I’d like to tell China – that is why at all costs we must have the COC. So you’re there, you’re in possession, you occupied it then tell us what route shall we take and what kind of behavior you –,” he said, before a reporter asked another question.

The COC is envisioned to be a document that sets forth rules and protocols so that China and ASEAN countries with claims in the South China Sea can avoid conflict.

But rather than China calling the shots, ASEAN countries are supposed to be on the same level as China in determining such rules.

Duterte, as Philippine President, plays a crucial role in the regional bloc’s morning meeting with China since the Philippines is the dialogue coordinator between the ASEAN and China. Manila will hold this position until 2021.

Chinese Foreign Minister Wang Yi, in a visit to the Philippines late October, said Beijing hopes the COC will be completed before the Philippines’ term as dialogue coordinator ends.

During the short interview, Duterte also said he would “focus on the COC” and described China and ASEAN relations as “excellent.”

He, however, expressed a worry that the Philippines’ defense treaty with the United States, Beijing’s rival for power both economically and in the South China Sea issue, might cause tension.

“There’s a friction between the western nations and China. I am worried, I expressed it last night because we have a defense treaty – mutual defense with the US and there’s some – any serious miscalculation can –,” he said.

Tensions have escalated in the South China Sea largely due to Beijing’s building of artificial islands as well as installation of defense equipment and weather monitoring stations in areas being claimed by Southeast Asian countries like Vietnam and the Philippines.

Duterte himself criticized China for its aggressive radio warning signals to Philippine military personnel flying over the area.

Under his presidency however, he has refused to raise the historic 2016 international ruling that invalidated China’s claim to the West Philippine Sea, an area in the South China Sea that is part of the Philippines’ exclusive economic zone.

Duterte has said he prefers to foster warm ties with China in the hopes of economic returns. – Rappler.com