MANILA, Philippines –  The Philippines hailed the United States for announcing the return of the historic Balangiga Bells, as Philippine Ambassador Jose Manuel Romualdez stood side by side with US Defense Secretary James Mattis in a Wyoming ceremony.

Mattis formally announced that the US would return the Balangiga Bells to the Philippines in a ceremony on Wednesday, November 14 (Wyoming time), at the F.E. Warren Air Force Base in Wyoming. The Philippines said Filipinos “appreciate this gesture.”

“Today is a time of solemn remembrance as we pay tribute to all those who gave up their lives during the Filipino-American War,” said the Philippine Department of Foreign Affairs (DFA) in a statement Thursday morning, November 15.

“We also honor the shared sacrifice of Filipinos and Americans who fought shoulder to shoulder during the Second World War,” the DFA added. 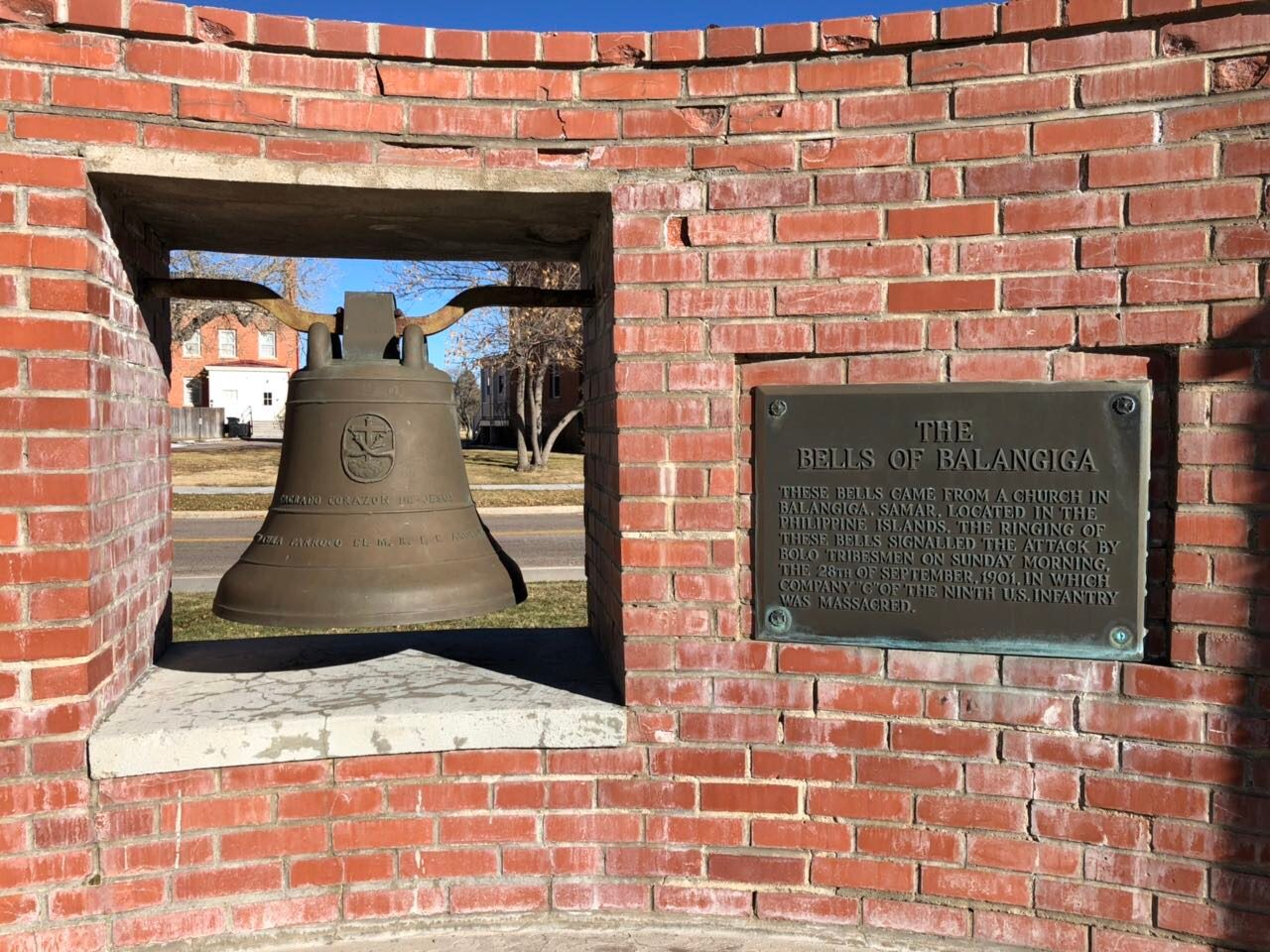 The Balangiga Bells were used in 1901 to signal a historic siege where Filipinos outsmarted and killed 48 out of 74 US troops – the US military’s worst single defeat in the Philippines.

In retaliation, American forces killed 2,500 to 10,000 Filipinos (estimates differ depending on the source), as General Jacob H. Smith reportedly vowed to turn Balangiga into a “howling wilderness.” This is now known as the Balangiga Massacre.

‘Peace carved out of war’

In his speech on Wednesday, Mattis said the return of the Balangiga Bells is about “a peace carved out of war.” He said, “It reminds us too that all wars end.”

“We return the bells with consideration of our present, but also with the utmost respect of our past – one of shared sacrifice as coequal brothers in arms,” Mattis said.

“For we in the US military did not forget those who stood by our side when the chips were down. We do not forget the Filipino soldiers and people, the Philippine scouts, who fought with us, bled with us, and died with us in the dark days of World War II in Bataan, on the rock we call Corregidor, on islands and in landings from Leyte to Luzon,” Mattis said.

At the same time, he said, “We recognize 117 years of enduring friendship between our people and comradeship in some of the toughest fighting in our nation’s history.” The Balangiga Massacre was a dark time in history that angers President Rodrigo Duterte, who often brings it up in his anti-US tirades.

Previous efforts by Filipino leaders to do the same did not succeed. In 1994, then Philippine president Fidel V Ramos requested then US president Bill Clinton to return the Balangiga Bells, but the US did not heed Ramos’ plea. – Rappler.com