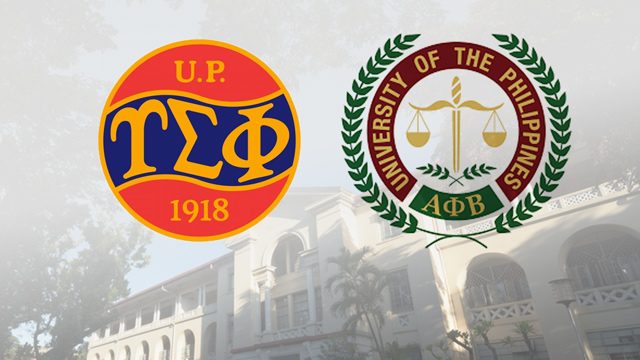 Agpaoa said the car chase, which was initially thought to be a shooting incident, was also the second case of fraternity-related violence this week. He said both incidents involved the Alpha Phi Beta and Upsilon Sigma Phi fraternities.

Some of the students, he said, sustained minor injuries and were brought to the university infirmary.

It remains unclear how many students were involved and what their courses are.

Since the Wednesday car chase, however, Alpha Phi Beta and Upsilon Sigma Phi have reached a “truce,” Agpaoa said. Talks between the two fraternities were brokered by the UP Alumni Association and facilitated by “elders” of the fraternities.

Asked if the university administration has taken any action regarding the two incidents, Agpaoa said it cannot “come up with any definitive action” yet.

He said further action may be taken, but this would depend on findings from separate investigations to be carried out by the UP Diliman police, student council, and law student government.

The school may also pursue a case if either fraternity files a complaint.

Agpaoa also told Rappler that the two incidents this week were not the first to have taken place during the school year. “Minor” incidents, he said, took place “a month ago.”

He added that possible sanctions on the students include suspension and expulsion, according to the Code of Student Conduct and also taking into account previous incidents that occurred.

Agpaoa said they expect to receive findings from the investigations next week. – Rappler.com