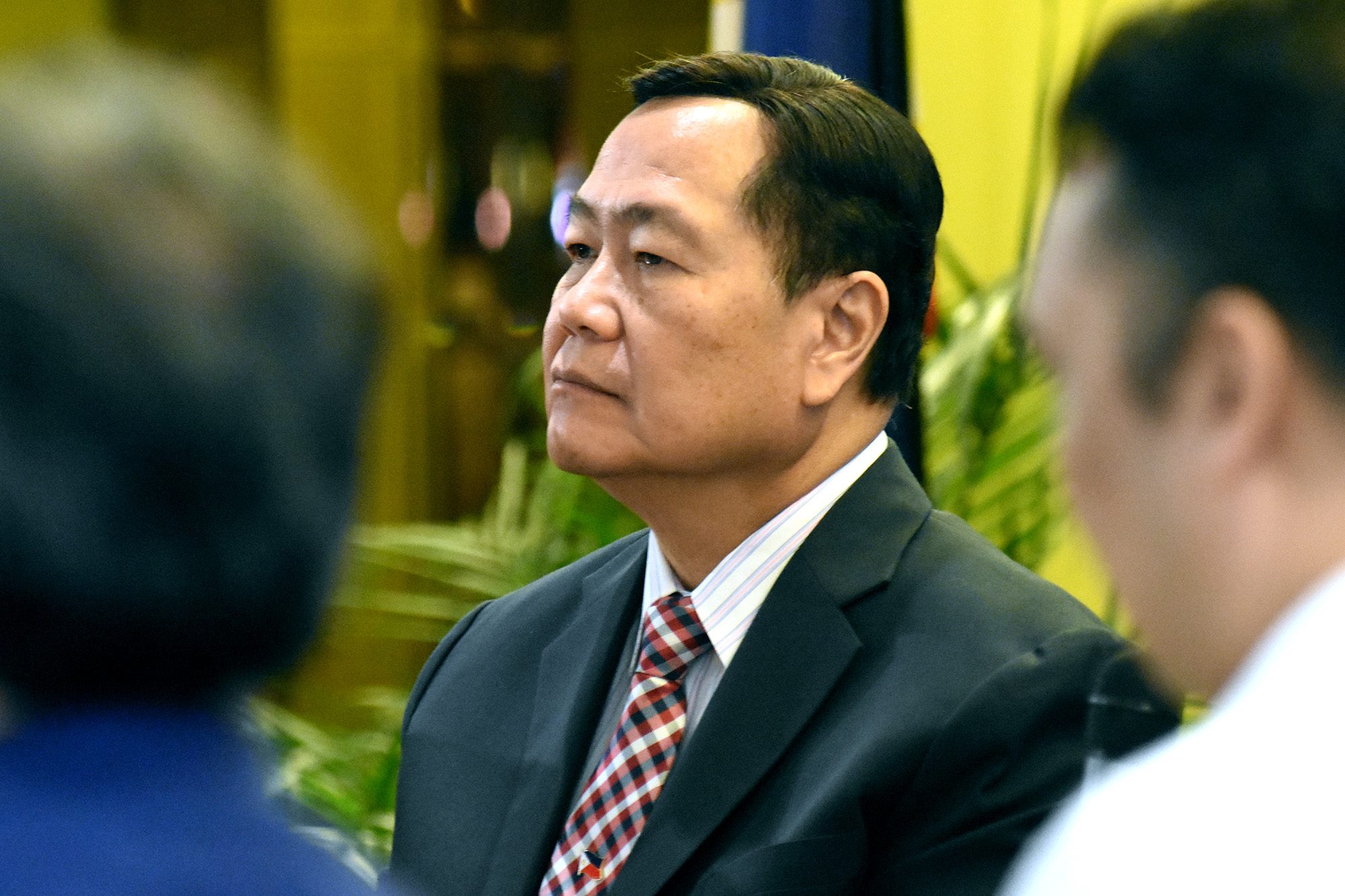 He also pointed out that about 25% of the South China Sea is composed of high seas. He said that under the United Nations Convention on the Law of the Sea, “no state can possess or own the high seas, which belong to all mankind.”

He said that “there is freedom of navigation and overflight in the high seas for all nations.”

Carpio noted, too, that the Philippines “has exclusive sovereign rights to explore and exploit the natural resources” in its exclusive economic zone (EEZ) in the West Philippine Sea, which is part of the South China Sea.

“If China can possess the South China Sea, then the Philippines cannot exercise its exclusive sovereign rights in the West Philippine Sea. There is also freedom of navigation and overflight in the EEZs for all nations,” Carpio said.

Carpio, a nominee for chief justice, made these remarks after Duterte said on Thursday, November 15, that he opposes military drills in the South China Sea because China “is already in possession” of these waters.

“It’s not military drills because I said China is already in possession. It’s now in their hands. So why do you have to create frictions?” Duterte said in an interview with reporters on the sidelines of the Association of Southeast Asian Natioins Summit in Singapore.

The Philippines in July 2016 won a historic case against China at a Hague tribunal, which upheld the Philippines’ rights over the West Philippine Sea. Carpio was one of the advocates of this legal victory, while Duterte chose to set aside this ruling to gain loans and grants from Beijing.

Duterte is set to welcome Chinese President Xi Jinping next week for the first state visit of a Chinese leader in 15 years. – Rappler.com