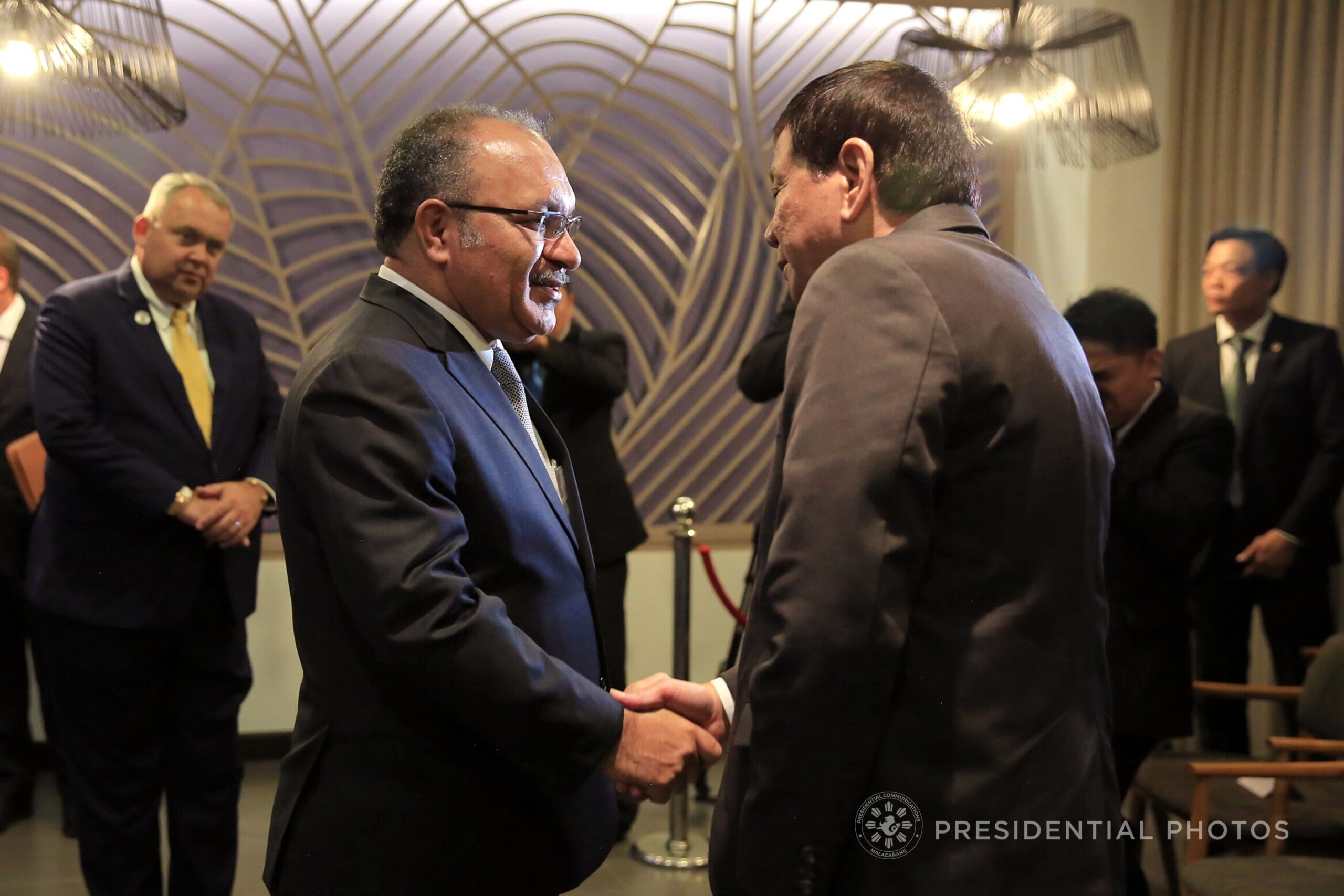 MANILA, Philippines – Philippine President Rodrigo Duterte may bristle when leaders of other countries comment on Philippine domestic policies, but that didn’t stop him from dishing his own advice to Papua New Guinea officials.

Addressing Port Moresby’s governor Powes Parkop during a gathering of Filipinos based in the PNG capital, Duterte said the country’s officials must not allow multinational firms to “encroach” on their lands.

“You know governor, most of the lands in the Philippines are not food crop. There are no more lands where we can plant to eat the palay. It’s overtaken by multinationals. Be careful with that. You may, but do not allow the encroachment of multinationals,” he said.

“Because at the end of the day is, what you would get is the salary of your people yet the bulk of the money goes to the company and goes everywhere,” he added.

He advised that Papua New Guinea “not allow big money to enter” and instead for the country to “take time to develop.”

Earlier in his speech, Duterte also promised that the Philippines would “try to help” Papua New Guinea by bringing English language teachers and the like to its shores.

“We can come here, we can establish schools if you want, a university and we are good at that. We will try to help you,” he said.

The President thanked the Papua New Guinea government for welcoming Filipinos and even “giving away lands where we can plant.”

Duterte himself has blown his top when foreign government officials comment or criticize on his administration’s policies.

He cursed  former US president Barack Obama for saying back in 2016 that if the US were to partner with the Philippines against drug trafficking, it would want it done “the right way.”

Duterte has also flashed his middle finger at the European Union after EU lawmakers called on him to put an end to extrajudicial killings in the Philippines linked to his crackdown on drugs. – Rappler.com