Duterte to skip APEC events due to ‘urgent domestic developments’ 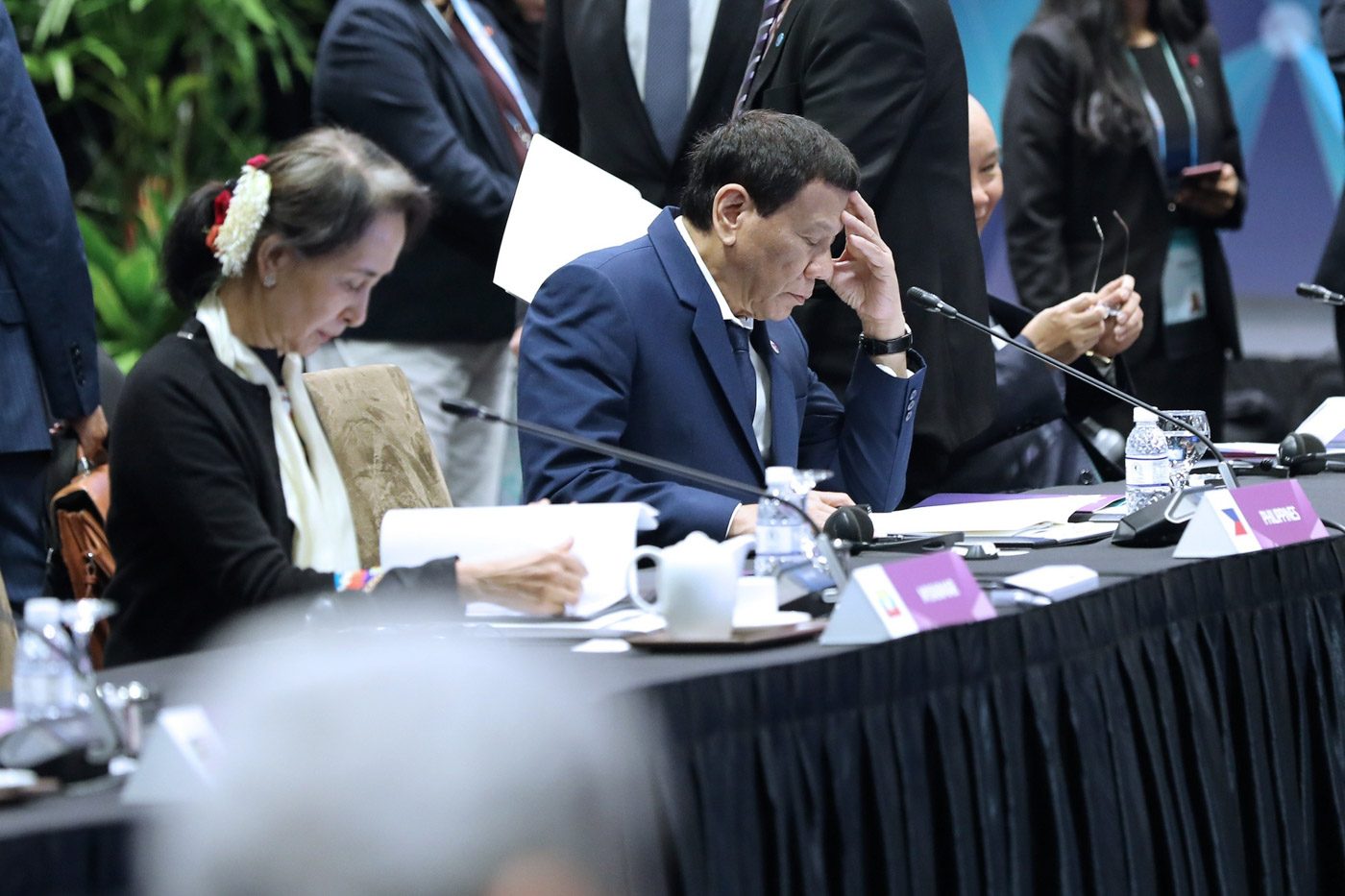 In a statement, Presidential Spokesperson and Chief Presidential Legal Counsel Salvador Panelo did not specify what these urgent matters were. (READ: Duterte to skip last day of APEC summit)

He said Department of Trade and Industry Secretary Ramon Lopez will attend the November 18 APEC Summit events in the President’s place.

These events include the following:

Duterte was supposed to fly home from Papua New Guinea on Sunday, November 18, but his schedule, sent by Malacañang staff on Friday, November 16, has him flying out late Saturday night instead.

Panelo said the President himself will let Papua New Guinea Prime Minister Peter O’Neill know of his decision, and that they are hoping O’Neill would understand.

“The Philippines remains supportive of Papua New Guinea’s chairmanship and will continue to be positively engaged with APEC, which our country considers as the most important economic cooperation platform in the world, especially in reinforcing the formulation of the new and inclusive APEC Vision beyond the year 2020,” he added.

The last time Duterte cut short a trip abroad was in September when he visited Jordan. He also flew back a day earlier than planned, with the Palace not citing any specific reason for the decision. – with a report from Pia Ranada/Rappler.com