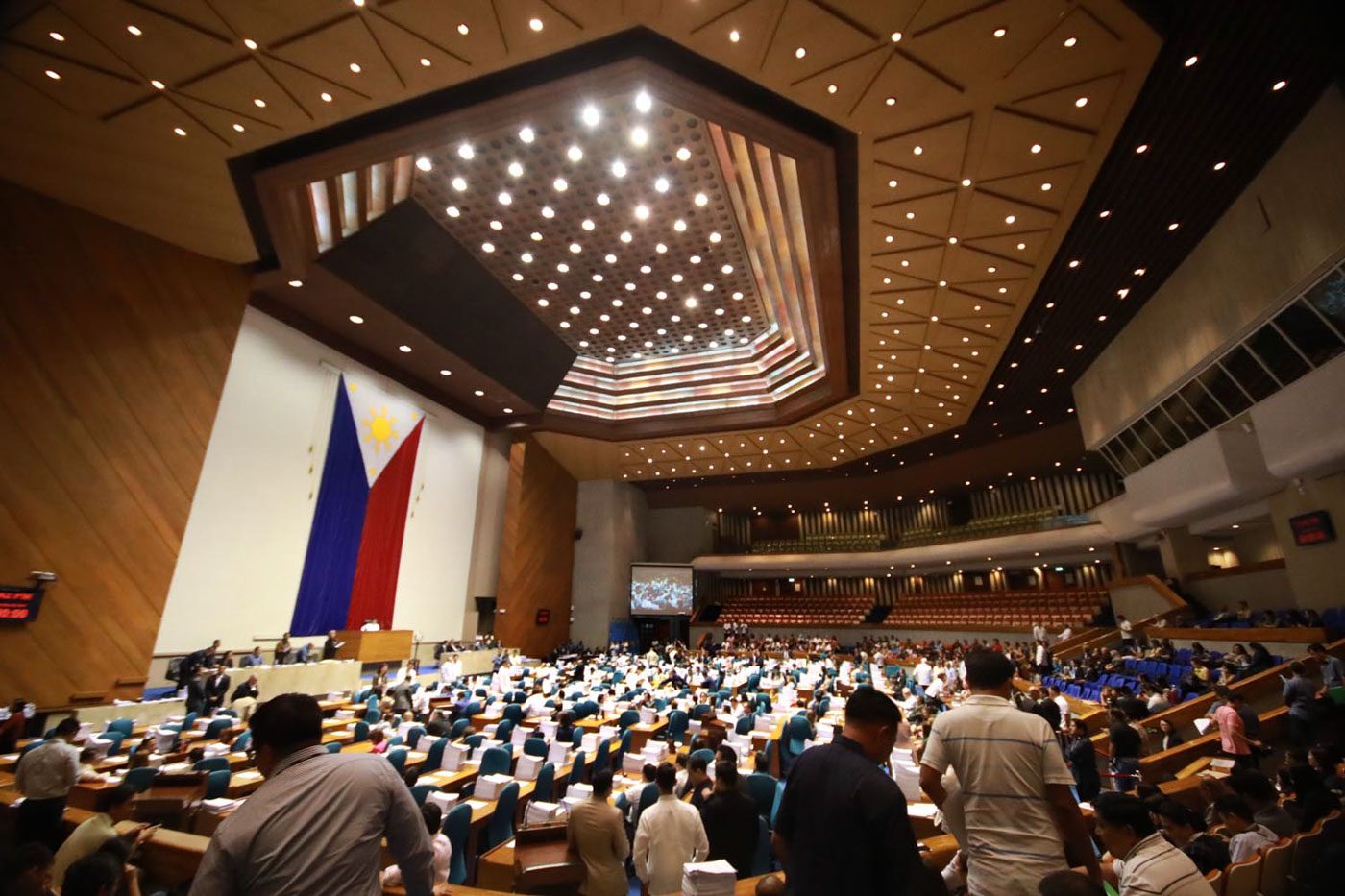 Facebook Twitter Copy URL
Copied
But House Majority Leader Rolando Andaya says the executive branch is still requesting more reallocations, which will be finalized only at the bicameral conference committee level with the Senate

MANILA, Philippines – The House of Representatives approved on 3rd and final reading the proposed General Appropriations Act or the P3.757-trillion budget for 2019.

Prior to the approval of the 2019 budget on Tuesday afternoon, the House leadership called for an all-members caucus. Lawmakers were told they must pass the budget during the 3 pm session. Speaker Gloria Macapagal Arroyo herself was present during this caucus.

The only approved amendment publicized so far is the realignment of P51.792 billion from the Department of Public Works and Highways (DPWH), which was originally allocated for infrastructure projects across 15 regions. The money will instead go to other projects of the DPWH and other state agencies.

This fund has yet to be itemized by the House, however. In a separate conference ahead of the session, House Majority Leader Rolando Andaya said more proposed reallocations under the 2019 budget will be tackled at the bicameral conference committee level.

Andaya said suggested reallocations under the 2019 budget are still coming in from the executive branch, including President Rodrigo Duterte himself.

Andaya said Duterte wants around P2 billion to be set aside to fund housing projects for members of the military. Andaya also estimated that around the same amount is needed to fund the Bangsamoro Organic Law, an allocation for which is missing in the proposed 2019 budget.

(We can’t do everything because even members of the Cabinet have a lot of requests. There are also common interests of the House and the Senate. The Senate wants to increase funds for health and education. And that has been communicated to me, and we are also doing that for them. So their job will become easier.)

(When the budget reaches them, the things that they want will already be there. So they only need to be approved. The reason why we are having early talks is so that the bicam process will be easier.)

According to Andaya, lawmakers are also considering extending the validity of the 2018 budget, so that crucial funds which have not been fully utilized yet – like the funds for the Marawi rehabilitation – may still be used next year. He said both chambers have agreed to pass a joint resolution on the matter.

Senators previously expressed concern that there might be a reenacted budget next year. The House had failed to meet its own deadline to pass the 2019 budget on 3rd and final reading before the end of October, giving the Senate less time to scrutinize the budget.

Andaya said Senate President Vicente Sotto III texted him over the weekend to ask if the House could pass the budget early this week. The House leadership heeded Sotto’s plea. – Rappler.com