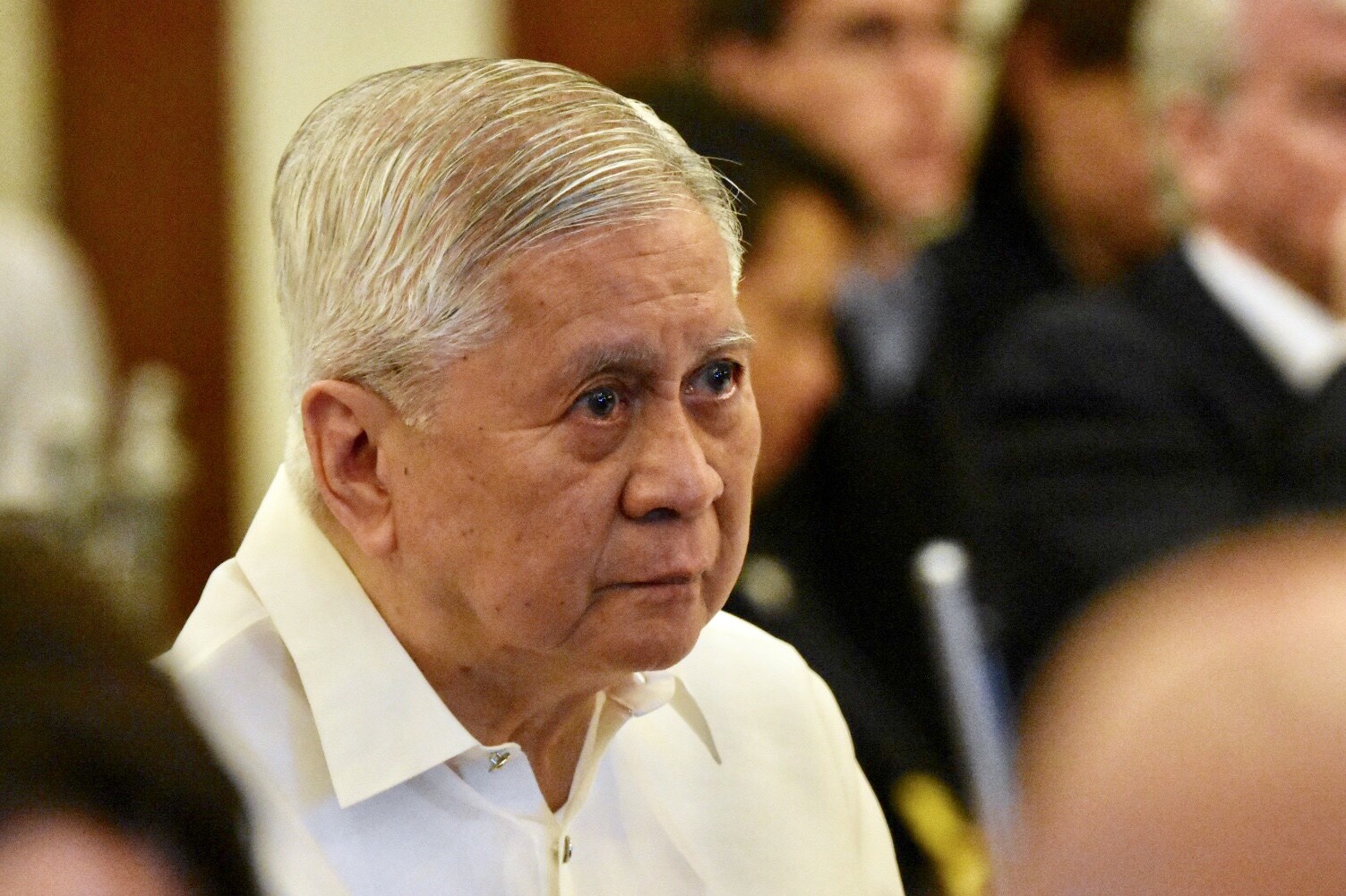 MANILA, Philippines – Former foreign secretary Albert del Rosario called on Filipinos to seek “full transparency” after the Philippines and China signed a memorandum of understanding (MOU) on oil and gas development in the West Philippine Sea.

Despite requests from reporters, Malacañang and the Department of Foreign Affairs have not released a copy of the MOU as of Wednesday morning, November 21. The MOU was signed Tuesday, November 20, during the historic state visit of Chinese President Xi Jinping to the Philippines.

“I have not seen what was signed, but I am told it is tantamount to an understanding to negotiate a possible cooperation for oil and gas development. I am not a lawyer but, if that is so, it would not be viewed as being objectionable,” Del Rosario told Rappler on Tuesday evening.

“In moving it forward with what has been signed, it behooves our negotiators to ensure that our Constitution is not violated and our tribunal outcome is not undermined,” he said.

China refuses to acknowledge this ruling while the Duterte administration has decided to shelve it. Former Philippine foreign secretary Alan Peter Cayetano said there is now an aggressive push for joint exploration of the West Philippine Sea between the two countries.

Referring to the possible cooperation for oil and gas development, Del Rosario added, “Moreover, our people should be seeking full transparency throughout the whole process.

Critics already fear that the joint exploration agreement is a repeat of a controversial agreement signed during the Arroyo administration.

The Joint Marine Seismic Undertaking (JMSU) was an agreement signed by the Philippines and China through their national oil corporations on September 1, 2004, to jointly explore the South China Sea for oil and natural gas.

Vietnam, a claimant country in the South China Sea, later complained about this Philippines-China deal, prompting the two parties to include Hanoi in a tripartite JMSU on March 14, 2005.

The JMSU lapsed on July 1, 2008, but a case on the JMSU’s constitutionality is pending at the Supreme Court.

In a Senate resolution on Monday, November 19, opposition senators Antonio Trillanes IV and Francis Pangilinan pointed out that a “non-transparent process” led to the signing of the JMSU in 2004.

The senators said this “should remind us to exercise extraordinary vigilance in any potential deal with China involving Philippine waters, the seabed, the subsoil, the insular shelves, other submarine areas, and their natural resources.”

The draft Senate resolution states that the executive branch should “release the definitive draft of the oil and gas agreement with China” before any such agreement is signed.

The opposition senators urged the executive branch “not to sign any agreement with China or any other State which diminishes the Philippines’ exclusive right under domestic and international law to explore, develop, and utilize its natural resources.” – Rappler.com