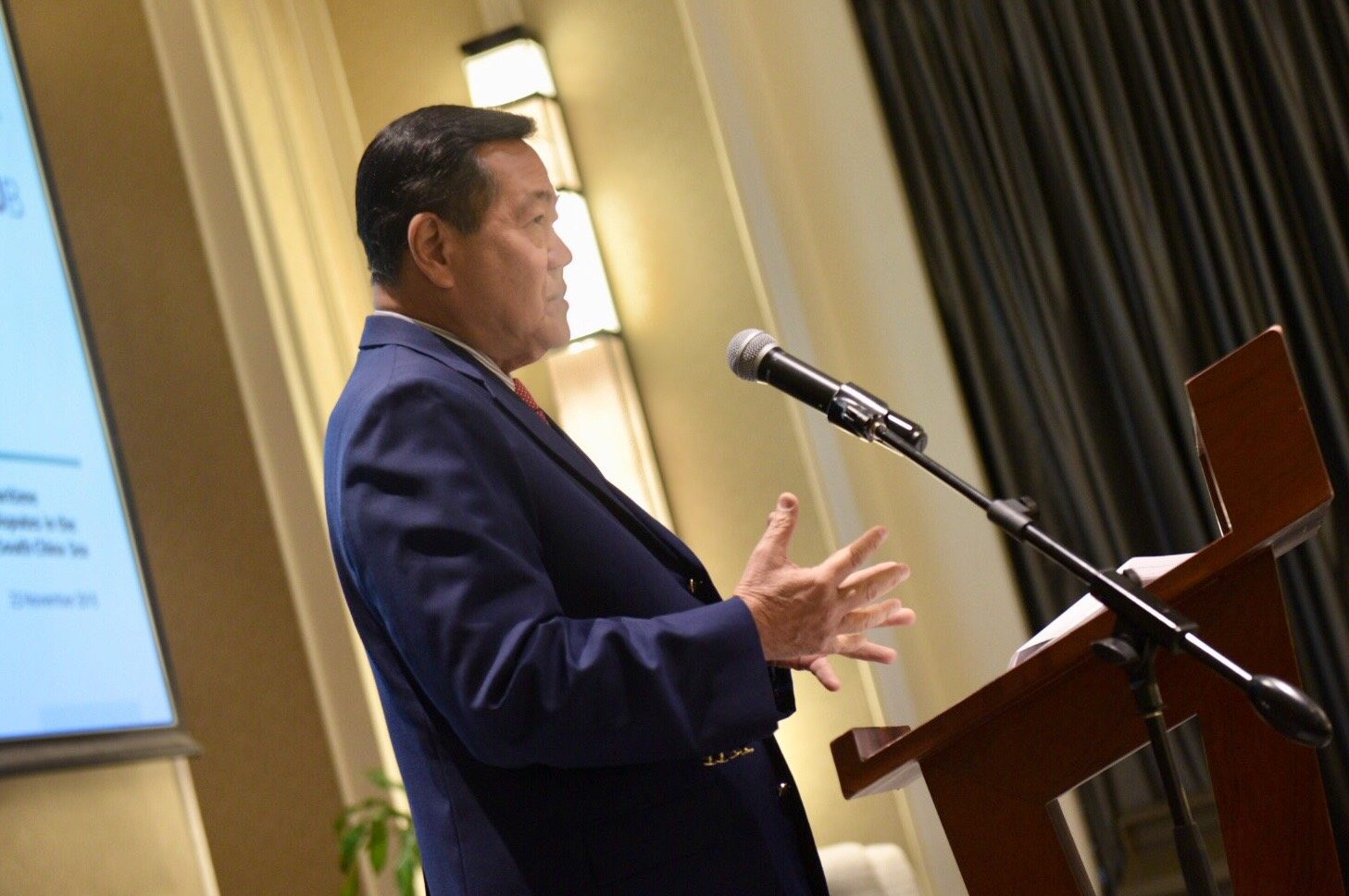 MANILA, Philippines – The two biggest stalwarts of the Philippines’ case against China, Acting Chief Justice Antonio Carpio and Ambassador Albert del Rosario, both said the Philippines is “safe” with the recent oil deal between Manila and Beijing.

“From my point of view, I think we’re pretty safe. The government has included service contractors, so if we cooperate, if the cooperation with China on oil and gas activities will be through service contractors, we’re very safe,” Carpio told reporters on the sidelines of a South China Sea forum on Friday, November 23.

During the forum organized by Konrad Adenauer Stiftung, Carpio explained why the provision on service contractors makes the MOU safe.

“I don’t have any objection with that kind of arrangement because if China comes in through our service contractors, those service contracts expressly recognize that the area falls within Philippine sovereignty or sovereign rights,” Carpio said.

Carpio explained that China “can come in as a subcontractor of Forum Energy or it can buy into equity of Forum Energy, or it could do both.” He said, “That’s okay because they are coming in to our service contractors.”

‘We are safe with it’

Del Rosario, the Philippines’ foreign secretary during the Aquino administration, agreed with Carpio.

“Acting Chief Justice  Antonio Carpio and I were able to see earlier the signed document which is being referred to at this time. It is the view of the Acting Chief Justice that what was signed is an agreement to negotiate an oil and gas cooperation, and we are safe with it. Nothing is being given away,” Del Rosario said.

“Moving forward, it behooves our negotiators to assure that our Constitution is not violated and the arbitral tribunal outcomes are not undermined,” he continued.

“As well, if we proceed with negotiations, there must be full transparency throughout the whole process,” said the Philippines’ former top diplomat.

The MOU on oil and gas development was among 29 agreements signed during the historic state visit of Chinese President Xi Jinping to the Philippines.