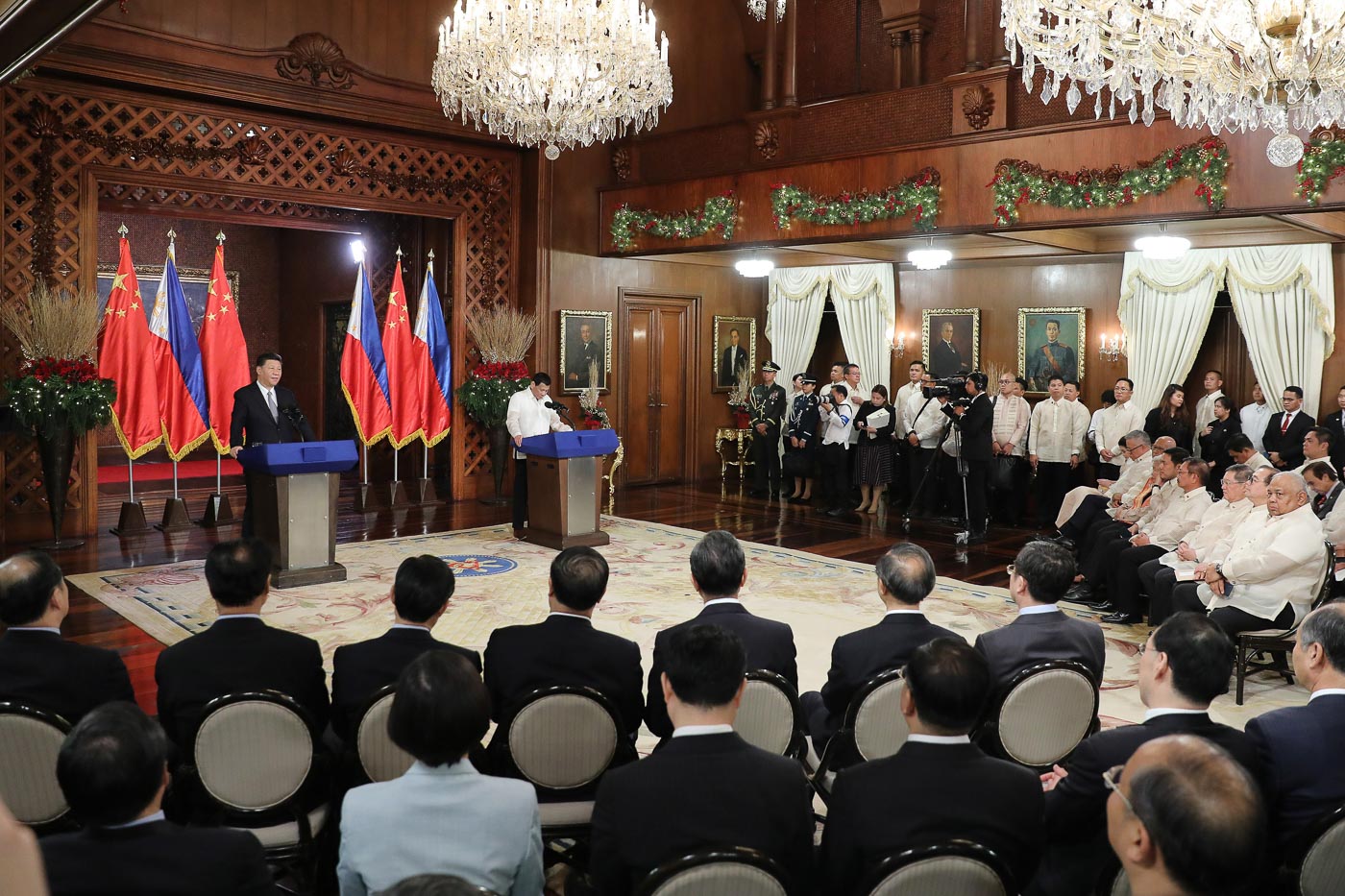 MANILA, Philippines – Starting Monday, November 26, Malacañang released 7 of the 29 agreements signed between the Philippines and China during the state visit of Chinese President Xi Jinping.

This comes after calls from many sectors for full transparency on the agreements signed with China.

This page compiles all these officially released documents with a short description of their contents, and will be updated as the government releases more documents.

This non-legally binding “framework” agreement creates two bodies to study joint oil and gas exploration and exploitation in “relevant maritime areas.” It states that the Philippines and China are to craft cooperation agreements in one year. (More details here.)

This document formalizes the Philippines’ participation in China’s Belt and Road Initiative where the two countries agree to cooperate in the areas of infrastructure development, transportation, telecommunications, energy and “other areas of mutual interest,” all for linking their economies and the economies of other countries along the ancient Silk Trade route. (More details here.)

Infrastructure Cooperation Program between the Philippines and China

The Philippines’ Department of Trade and Industry and China’s Ministry of Commerce agree to explore the establishment of industrial parks in places like the special economic zones under the Philippine Economic Zone Authority (PEZA), Subic Bay Metropolitan Authority (SBMA), and Clark Development Corporation.

The two governments agree to facilitate exchange visits for high-level cultural delegations, librarians, museum archeologists from their national museums, and cultural administrators. They also agree to conduct exhibits, seminars, and tours of cultural relics in the other country.