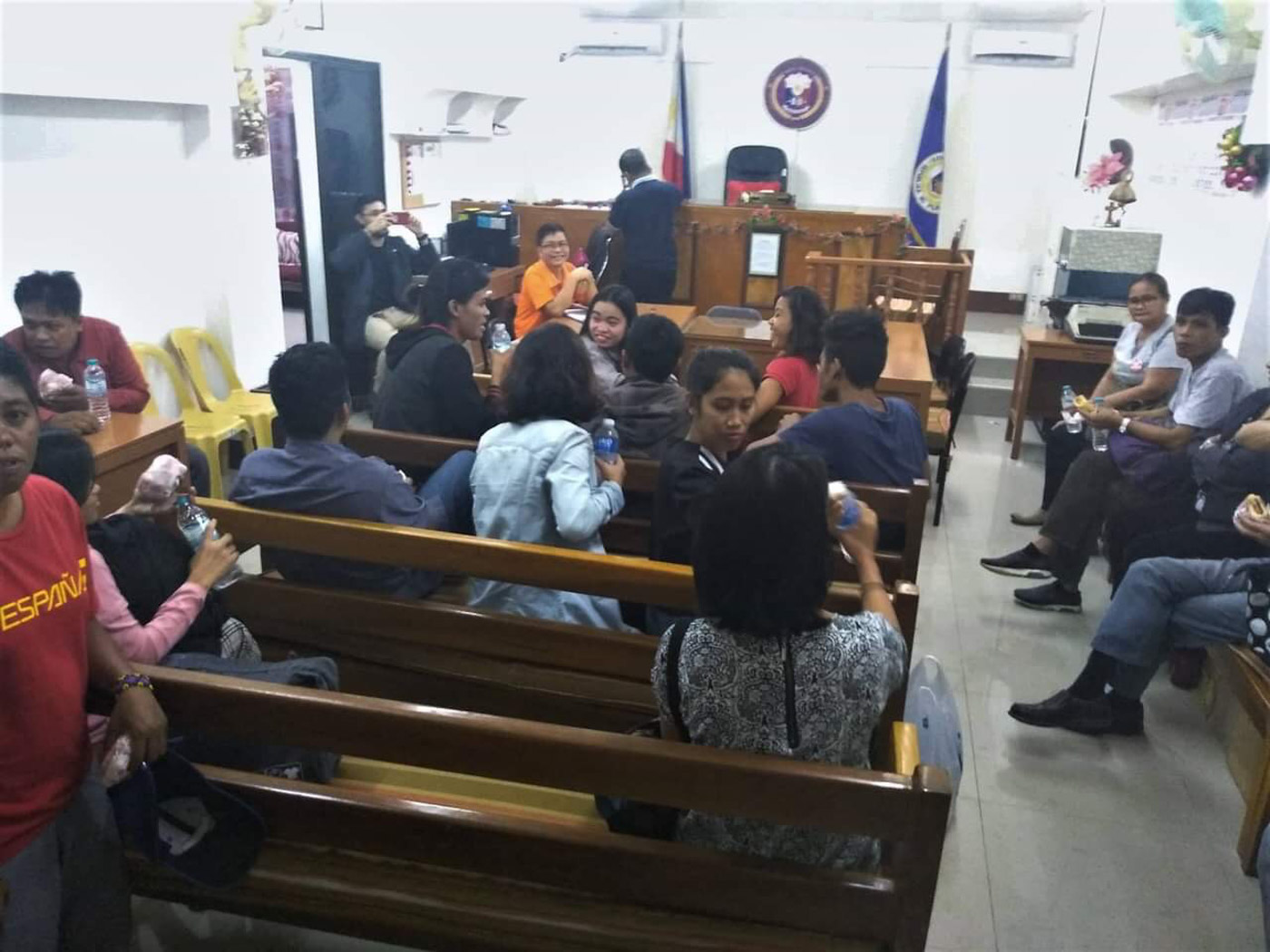 The police argued that the P80,000 bail recommended by Davao del Norte Prosecutor Normal Solis for each of those in Ocampo’s group was for only child abuse charges, and not for the kidnapping and human trafficking charges for which they were still under investigation.

Palabrica issued a supplemental order on Saturday at 7 pm to rule on their release. Ocampo, Castro, and the 16 others members of the National Solidarity Mission (NSM) were freed by 8:30 pm.

“We clearly and categorically declare that the P80,000 cash bond posted by all the above-named respondent is for the cases they are charged and are pending before the Provincial Prosecution’s Office,” the dispositive portion of the order read.

“The police officer or military personnel or anybody who has custody of the above-named respondents are ordered to release them from custody and detention,” Palabrica added.

Palabrica said prior to the release of the supplemental order, police officer and lawyer Louie Padillo manifested in court that they would not release the respondents even after posting bail as the latter were still under preliminary investigation for kidnapping and human trafficking charges.

“We have advised PO Lawyer Padillo to file a pleading and the other lawyer to clarify the matter with Prosecutor Solis, to enable us to rule on it. They failed to heed the advice,” Palabrica said in her supplemental order.

She said she was prompted to issue the order in view of “the unexpected nay inappropriate manifestation of PO Lawyer Padillo which prompted an angry reaction from Congressman Carlos Zarate and the other respondents who are expecting to be released.”

“We do admire and appreciate our police force for doing their job. We also admire the good argument of PO Lawyer Loiue Padillo. However, we must rule in favor of the respondents. It must be borne in mind that the prosecution merely recommends bail, the Court has the final and ultimate say on it,” Palabrica said.

She added in her supplemental order that as the respondents “are still presumed innocent and no Information have been filed against them, their supreme right to liberty must be upheld.”

On Thursday, November 28, Ocampo, Castro, and 16 others were arrested at a checkpoint in Talaingod town after 14 minors were found in their convoy.

Police filed a complaint against the group, citing the absence of parental consent for them to bring the minors, aged 14 to 17, out of Talaingod.

But the Salugpongan Ta’Tanu Igkanogon Community Learning Center (STTICLC) Incorporated said the children were students of the STTICLC school in Sitio Dulyan, Barangay Palma Gil in Talaingod, who were being evacuated due to alleged harassment by state forces. – Rappler.com