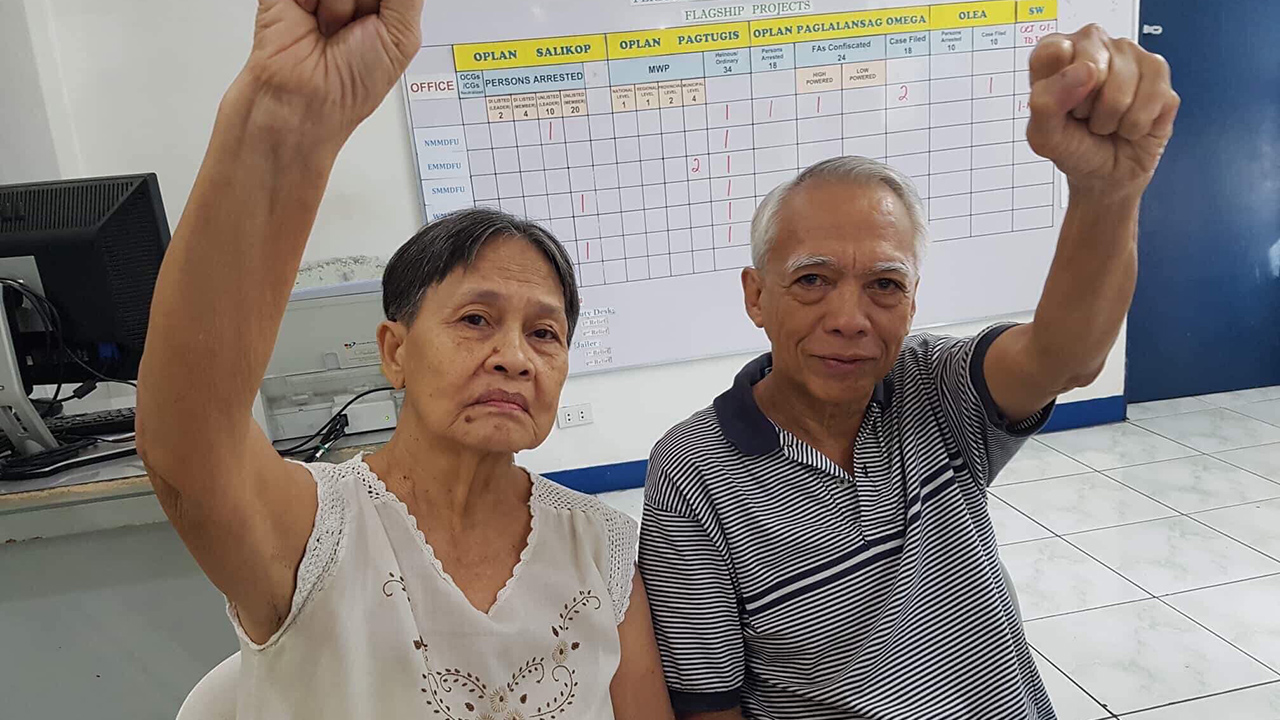 According to a police report, Casambre and his wife were arrested at 12:10 am Friday along Molino Boulevard in Bacoor, Cavite. Police tagged the incident as an arrest of a “central committee regular members of the Communist Party of the Philippines.”

Police said Casambre and his wife were onboard a silver Toyota Vios when they were arrested.

Police said evidence was found when they served Casambre’s arrest warrant, including one Colt Commander Cal. 45 pistol, one Magazine for Cal. 45, 7 live ammunition for Cal. 45, one bundle electric detonating cord, and one fragmentation grenade.

Also seized were two cellphones, one MacBook, P6,000 in cash, and one silver Toyota Altis.

Casambre and his wife are currently being held at the CIDG NCR center in Camp Crame. – Rappler.com