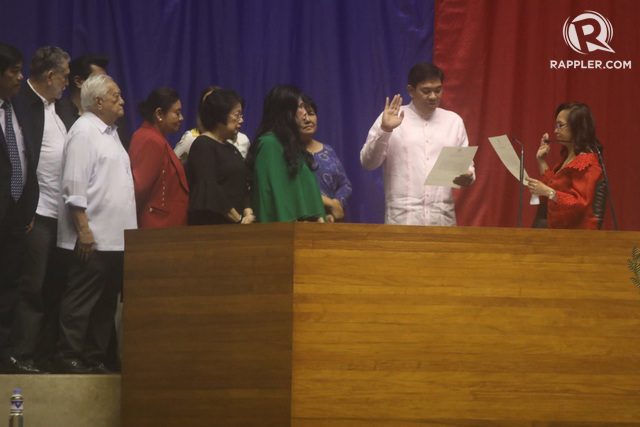 MANILA, Philippines – Congressional districts which received huge insertions in the House-approved 2019 budget have one “pattern,” according to Senator Panfilo Lacson: their representatives are “close” to House Speaker Gloria Macapagal Arroyo.

(You’ll see a pattern once you identify the congressmen in the districts that received huge amounts. They have one common denominator: they’re close to the Speaker.)

Lacson earlier revealed that Arroyo’s 2nd District of Pampanga received fund insertions amounting to P2.4 billion, but said he could not directly say if it were Arroyo’s fault.

Now, the senator said he also discovered more districts – in Bohol, Surigao, and other parts of the Visayas and Mindanao – which received big allocations in the 2019 General Appropriations Bill (GAB) or national budget.

Lacson, however, said he could not name the lawmakers who made the insertions, as the budget bill only identifies the districts.

(What I can only surely identify are the districts because those are in the budget. It wasn’t indicated there who made the insertions. Now, it’s up to you guys to come up with a conclusion.)

If the proposed P3.757-trillion budget would not be passed by December 31, the government would have to operate under a reenacted budget until at least the first week of February 2019. – Rappler.com