On Human Rights Day, groups call for accountability vs violations under Duterte 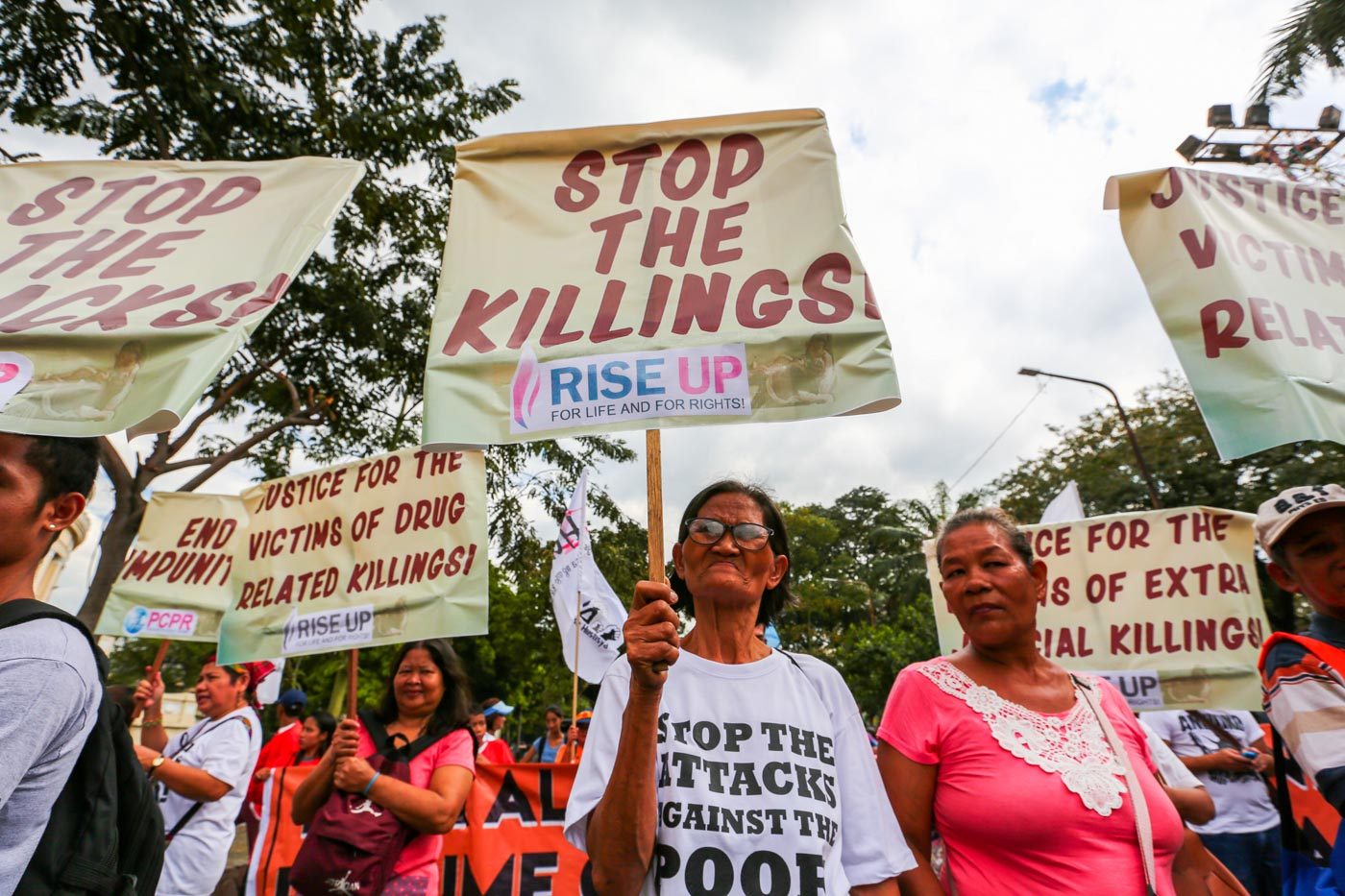 In a statement, Karapatan secretary general Tinay Palabay called the Duterte administration“not a government for the people” because of its rising number of reported violations.

“As we mark International Human Rights Day with protest, we likewise register our continuing resolve to defend people’s rights and resist tyranny and dictatorship,” she said.

According to latest data from the Philippine National Police, almost 5,000 people were killed in police operations while groups estimate the number at more than 20,000 to include victims of extrajudicial killings. (READ: The Impunity Series)

In Defense of Human Rights and Dignity (iDEFEND), meanwhile, calls on the public to remain steadfast in demanding the government to adhere to the rule of law and human rights as mandated by the 1987 Philippine Constitution and various international legal instruments signed by the Philippines.

“In order to realize our full potential as Filipinos we must be equally relentless in pursuing social justice and the rule of law,” the group said.

“Let us do away with a dispensation that negates our humanity, strengthen our ranks and specifically in the coming 2019 elections bring forth a true government for human rights,” it added.

This year’s Human Rights Day marks the 70th anniversary of the Universal Declaration of Human Rights (UDHR). The Philippine was one of the 48 countries which first signed the declaration in 1948. Duterte has consistently voiced out his displeasure of human rights and organizations who defend them. He has warned that he’ll order authorities to shoot human rights advocates. (READ: Powering through a crisis: Defending human rights under Duterte)

Because of this reality, a recent United Nations report listed the Philippines among the countries whose government subjects human rights defenders and activists to “an alarming and shameful level of harsh reprisals and intimidation.”

Despite retribution, Filipinos should continue to fight for their rights, according to the National Council of Churches in the Philippines (NCCP).

The Philippines’ role in the first years of the UDHR’s adoption, the group said, “is a reminder for everyone, especially for church people, that we must constantly be vigilant and act upon what our faith has taught us: that the respect and promotion of human rights can help in bringing about the good news of God’s peace.” – Rappler.com