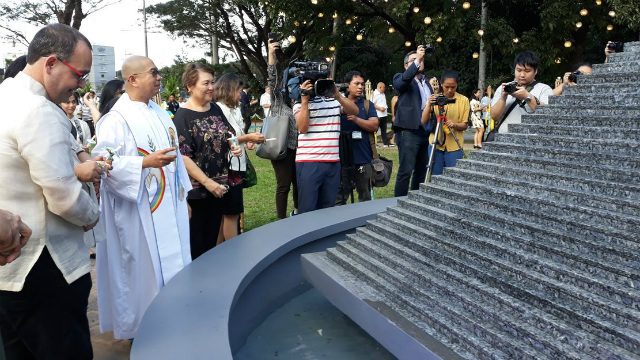 MANILA, Philippines – The Commission on Human Rights on Monday, December 10, inaugurated a freedom park aimed to be a “safe space” for Filipinos, especially human rights activists, amid rampant threats.

Situated in front of the CHR’s central office in Quezon City, Liwasang Diokno is named after the late senator Jose “Ka Pepe” Diokno – the father of human rights advocacy in the Philippines.

CHR Chairperson Chito Gascon said that the construction of the freedom park is part of the commission’s commitment that its premises be “a safe, enabling, and empowering space for our partners in the broad human rights community.”

“This space is envisioned to become a freedom park, open to all persons who may wish to peacefully excercise our cherished freedoms, particularly the freedom of assembly, speech and expression, and the freedom to associate with others,” he said.

The park was constructed in partnership with the National Historical Commission of the Philippines. A statue of Diokno sculpted by acclaimed artist Julie Lluch was installed in 2017. 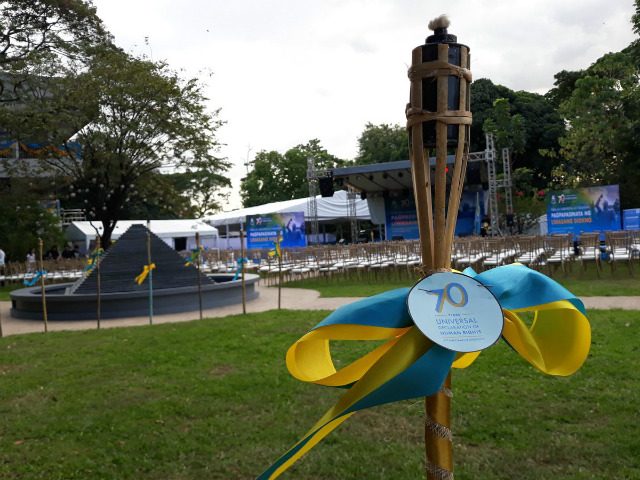 At the center of the park is a 30-tiered, pyramid-shaped fountain. According to CHR, each tier represents an article of the Universal Declaration of Human Rights (UDHR) which was signed in 1948.

Gascon hopes Liwasang Diokno serves as an inspiration to all Filipinos of Diokno’s fight for justice and human rights under the dictatorship of ousted president Ferdinand Marcos.

“Liwasang Diokno shall be a constant reminder to our officers and our staff, our clients and visitors, and the public at large of the legacy of Ka Pepe for the cause for which he stood: human rights,” Gascon said.

Human rights and organizations have constantly been under fire in the current administration of Rodrigo Duterte as they continue to criticize his violent anti-illegal drugs campaign. In fact, the President himself has warned that he’ll order authorities to shoot human rights advocates. (READ: Powering through a crisis: Defending human rights under Duterte)

A recent United Nations report, meanwhile, listed the Philippines as one of the countries whose government subjects human rights defenders and activists to “an alarming and shameful level of harsh reprisals and intimidation.” – Rappler.com