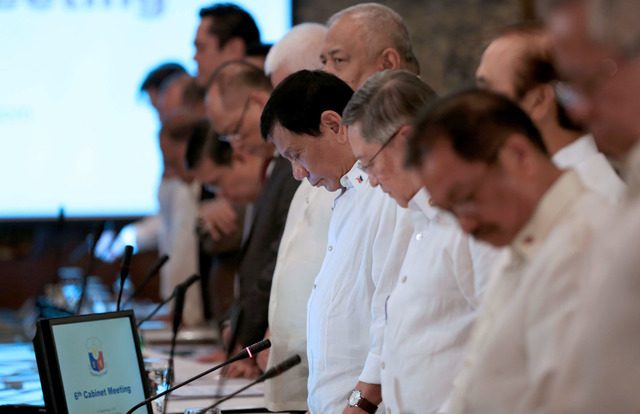 MANILA, Philippines – The House of Representatives subpoenaed the contractor of a construction company that has not only allegedly bagged billions worth of projects across the country since 2017, but has ties with President Rodrigo Duterte’s allies in government.

On Tuesday, December 11, the House plenary approved the motion of House Majority Leader Rolando Andaya Jr to issue a subpoena to a certain Consolacion T. Leoncio, owner of single proprietorship C.T. Leoncio Construction and Trading based in Bulacan.

“In line with the investigation being conducted by the rules committee on the effects of a cash budgeting system, and in light of the revelation that on the implementation of the 2018 budget, a large-scale scam has been discovered, in which a certain proprietor, C.T. Leoncio, has garnered billions of pesos in contracts, we would like to put on record the certification from SEC (Securities and Exchange Commission) that, indeed, C.T. Leoncio Trading is not a corporation,” said Andaya during the session.

Lawmakers also approved issuing a subpoena on regional directors of the DPWH, district engineering officers, and officials of the Commission on Audit who are in charge of the projects concerned.

Does C.T. Leoncio have ties with the government? If the House leader is to be believed, yes.

Two hours before the session, Andaya told reporters that they have discovered that C.T. Leoncio has ties with current Cabinet members of Duterte.

The Majority Leader leader refused to give further details. But he denied rumors that Senator Francis Escudero is involved.

“This is a single proprietorship operating out of Bulacan. So papaano umabot ‘yan diyan? (This is a single proprietorship operating of Bulacan. So how did it reach these areas?) We have received information about a family tree connecting certain officials to these areas…In due time, we will release it. We will give you the family tree…. Maraming mga former husband, former wife, kaya iba-iba ‘yong mga last name eh! (Former husbands, former wives are involved, that’s why the last names are different),” said Andaya.

Andaya said C.T. Leoncio allegedly cornered billions worth of projects nationwide, yet it has failed to complete them on time.

(If you look at the performance, it’s all slippage. It didn’t complete the project. A lot of the problems involved right-of-way issues. They have not mobilized propoerly. That only means a single proprietor cannot handle these projects. It’s impossible.)

Why this matters: This is only the latest controversy hounding the proposed P3.757-trillion budget for 2019, which the House already approved on 3rd and final reading.

Senator Panfilo Lacson alleged that the House-approved General Appropriations Bill for next year is riddled with pork barrel accusations in favor of Speaker Gloria Macapagal Arroyo, Andaya, and their close allies.

Lacson said Arroyo has P2.4 billion worth of public works allocations for her district in Pampanga, while Andaya has P1.9 billion.

Andaya, however, said they should not be blamed for these alleged insertions, as it was the previous leadership – that of ousted speaker Pantaleon Alvarez – which had prepared the budget along with the Department of Budget and Management. Alvarez, however, already denied making such insertions in the budget for his favored lawmakers.

Arroyo said she is also being unfairly singled out, when Alvarez got more allocations than her with P5 billion.

Still, Andaya previously admitted that each congressman received P60 million under the 2019 budget to fund their pet projects, while senators got P200 million each.

He insisted this is not a form of the now-unconstitutional Priority Development Assistance Fund as it does not involve the post-enactment phase of the budget process. – Rappler.com